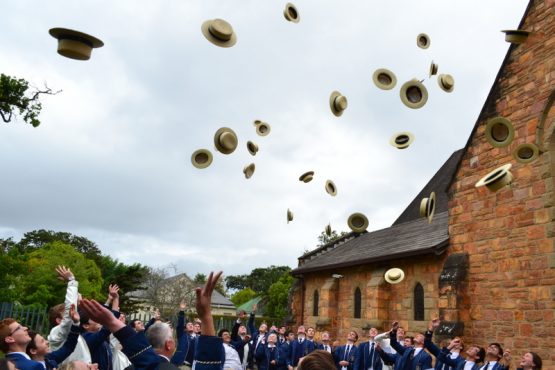 Education and placement group ADvTECH is making headway in its plans to diversify into the rest of Africa, across all divisions.

In a statement, CEO Roy Douglas said that following a number of strategic acquisitions, at home and in other countries, almost 6% of revenue was generated from the rest of Africa. The group is targeting 30% by 2020.

Speaking to Moneyweb, he said that ADvTECH’s sites are set on Kenya. It’s also looking at neighbouring East African territories, Ghana and has even considered opportunities in North Africa.

“We’re doing a lot of investigations … but we’ll be very considered in terms of any moves or investments that we make in those territories,” said Douglas.

“The move into Africa obviously presents risks, but there is also an opportunity to replicate the success of the local private education sector in other African markets,” says Sanlam Investments Equity Analyst Santhiran Naidoo. “The IFC as a partner and shareholder does mitigate the risk to some extent….”

Naidoo said the division’s performance was very commendable on the back of a strong enrolment cycle in the period.

However, Clark warns ADvTech management to watch “market hype” around the mid-year listing of Curro Tertiary IPO. It “makes you wonder what ADvTech’s large and highly profitable tertiary unit would be worth if a hyped-up potential Curro Tertiary PE were applied? Maybe more than the current value of ADvTech? Given the share price high of R20.19 [on Wednesday], perhaps there is somewhat more to go…but more on the Curro Tertiary hype than perhaps ADvTech’s own doing currently.”

Meanwhile, it now has 11 Western Cape schools – with the Glenwood House and Elkanah House acquisitions subject to approval. However this won’t come at the expense of new premium schools. “We see ourselves very much in the premium sector; we still believe there are opportunities to grow,” he says.

Resourcing toughing it out

The resourcing division had a challenging year ,with tough economic conditions worsened by “external shocks, which adversely affected business confidence, resulting in a significant delay in the completion of appointments”.

Douglas adds that with these external shocks, organisations tend to put positions and placements on hold until there’s greater clarity. However, the business is focused on its niches; understands its business drivers well and has “probably done better than most.”

In the late 1990s, ADvTECH bought businesses from Andry and Marina Welihockyj (primarily Communicate Personnel). Legal proceedings for claims amounting to approximately R130 million were instituted against the Welihockyjs and Meridian, a company they controlled, due to final purchase price disagreements.

In January 2017 a settlement was awarded to ADvTECH. According to Wednesday’s Sens, R18 million was received and ADvTECH reversed its R5.5 million counterclaim provision. As such, R23.5 million was added to operating profit before interest.

Douglas says the company is pleased the issue – predating the former management team – is resolved, and added that it thinks the settlement is reasonable.

The price earnings (P/E) ratio at the time of writing was fairly expensive, at 31.83 according to Bloomberg here. Competitor Curro’s P/E was 113.92.

However, this doesn’t seem to concern analysts.

AlphaWealth fund manager Keith McLachlan said PE ratios are a function of growth and ADvTECH is in a “sweet spot”, with sustainable growth much the envy of other industries.

“With volume growth of, say, 5% to 10% year-on-year (y/y), fee growth of, say, 6% to 8%, and some operating leverage, a sustainable bottom-line growth rate of 15% to 30% y/y (for the next decade or so) is quite achievable for this group. Add in a smart acquisition or three, and you have a share that can justify its PE quite easy.”

Naidoo adds that the high PE ratio (relative to history) is just one way to analyse the business and should be viewed in light of growth prospects. “We prefer to focus on understanding what the normalised level of earnings is for the business – something which is not always reflected in high-growth businesses.”

Douglas elaborates on why quality education is still in demand, opportunities and the P/E here:

Naidoo said the results overall, were solid, and ADvTECH’s demonstrated in the past few results that it’s developed a renewed growth focus under Douglas.

McLachlan adds ADvTECH’s results were slightly better than expected, with tertiary growth much stronger than he’d forecast. “Overall, they ticked all the boxes.”