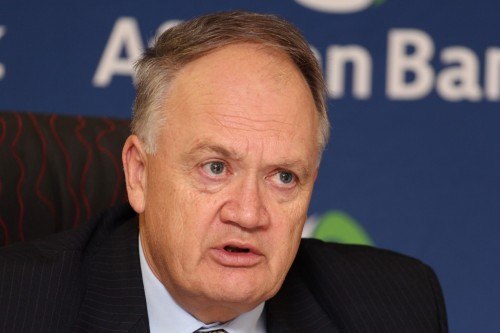 JOHANNESBURG – Tom Winterboer can heave a sigh of relief. Following the launch of the new African Bank on Monday, his job leading the curatorship of a failed lender is done. Having reached his firm’s retirement age, the chartered accountant will retire from PwC, where he is financial services leader for Africa, at the end of June.

Winterboer will spend approximately 50 hours a month for the next thee years overseeing Residual Debt Services (RDS), which is African Bank’s old or ‘bad’ book of loans, he tells Moneyweb.

RDS will continue to collect on this book, worth a net R4.8 billion after provisions, under the watchful eye of Winterboer, who has earned the respect of bankers and regulators alike for his deft handling of South Africa’s first bank curatorship.

Speaking to Moneyweb on Monday, Winterboer said he hasn’t really given much thought to future plans.

Understandable, considering that he has spent the last 20 months or so trying to fix a failed lender, earn a new banking licence and structure financial offers acceptable to its creditors.

With the help of his curatorship team, Winterboer plans to put something of a ‘white paper’ together on the curatorship, recording what lessons were learnt along the way and why certain decisions were taken.

This will no doubt garner interest from central banks and others working in and regulating the sector across the world.

“I’m not sure that the significance of the moment has sunk in yet,” Winterboer said, noting that African Bank’s Monday launch went off smoothly, despite bumps along the way, including necessary amendments to the Banks Act and a soured relationship with insurer, Stangen, which led to the last-minute decision by the bank to set up a cell captive insurance company.

African Bank has debt instruments listed on three stock exchanges, including the JSE, but as of Monday effectively trades as a private company.

The bank’s former parent, African Bank Investments Limited (Abil), remains under business rescue and its shareholders will have to wait out that process before receiving clarity on the standing and value of their equity going forward.