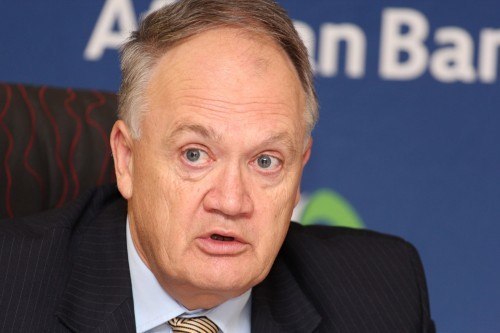 Roughly R24 billion of the gross book has been written off, although is still being collected on. Some of its has been sold to companies that specialise in debt collecting.

Provisions have been made for about R7 billion, leaving RDSL with a net advances book of R4 billion.

RDSL has been separated from African Bank Good Bank, as part of a curatorship process that kicked off in August 2014.

The new African Bank launched under a new banking licence and management team on April 4, with no ties to its former parent, African Bank Investments Limited (Abil). The CEO of African Bank Limited is Brian Riley, a former WesBank chief executive.

RDSL’s R646 million loss was dramatically less than the R2 billion initially forecast in the Offer Information Memorandum made to debt holders.

The primary reasons for this include a lower than expected impairment charge; a stronger rand leading to lower foreign exchange losses; lower restructuring costs; and inter-group debt repayments.

RDSL’s interest income fell 32% to R3.4 billion and its fee income fell 37% to R822 million, as a result of the reduced loan book, which is currently in runoff.

The credit impairment charge fell 73% to R1.5 billion, as write-offs reduced to R3.5 billion from R6.2 billion in the prior period.

The graph below reflects the change in monthly arrears as a percentage of loans from January 2012 to March 2016.

The solid blue line reflects the percentage of monthly disbursements that were one month in arrears after three instalments were due, with the solid red line reflecting the percentage of monthly disbursements two months in arrears after six instalments were due. The broken lines reflect the 12-month moving average in each case.

Winterboer, who is financial services leader for Africa at PwC, will remain curator at RDSL for the next few years. He serves his last day at PwC on Thursday before retiring.

The money that RDSL collects will go first to paying back a R3.3 billion loan provided by the South African Reserve Bank (Sarb), of which R1.8 billion has already been paid.

The bank will then need to establish a R3 billion indemnity fund, a process it anticipates will take two years. The purpose of the fund is to provide for any potential future liabilities, such as litigation, that the bank may face.

This fund will lapse after eight years (April 2024), after which senior and subordinated debt holders will be paid – in that order – from any additional proceeds off the back of stub debt instruments they hold in RDSL. (Read ‘Who gets what in African Bank restructure’).

“I would not expect senior debt holders to get much of what is left,” Winterboer said, suggesting in turn that subordinated debt holders are unlikely to get anything.

The outcome of the Abil story proves that one of the following scenarios must be true:
1. PWC can help any business recover from crippling bad debts even though the CEO has been found to be arrogant, with total disregard for his board, trading recklessly and the CFO to be an alcoholic that has no control over financial matters or,
2. The Reserve Bank has a magic wand to make bad debts at a distressed bank disappear, enabling it to miraculously return to profitably.

Which answer is the correct one?

The one where a select group walk off with the profits while the taxpayer pays for the losses.

African Bank offers to buy back bonds worth $500m

African Bank offers to buy back bonds worth $500m