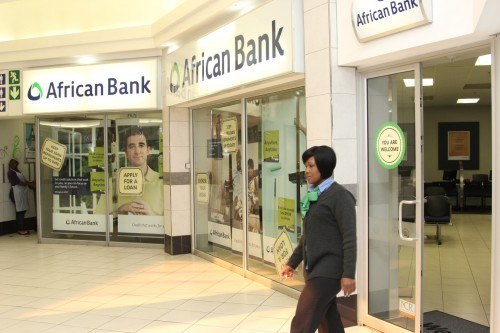 African Bank was placed under curatorship by the South African Reserve Bank (Sarb) on August 10 2014, days after it issued a trading update announcing an anticipated full-year headline loss of R6.4 billion. It also said it would need to raise at least R8.5 billion to cover bad debts and announced the resignation of long-time CEO, Leon Kirkinis.

The curatorship and subsequent restructuring of African Bank into a ‘good’ and ‘bad’ bank delayed the release of its financial results.

African Bank said on Thursday that payments of new loans and credit cards have “stabilised” at lower levels of around R600 million a month, from levels above R1.2 billion a month from October 2013 to July 2014.

This figure excludes furniture loans on sales of merchandise by Ellerine Furnishers, which was placed into business rescue on August 7.

“Encouragingly, loan business written post Curatorship is showing the best early risk emergence since 2012, given the Bank’s and the Curator’s focus on tightening the credit risk underwriting criteria and focus on collections,” African Bank said in a statement. “On the downside, African Bank has suffered some brand erosion since Curatorship, the Ellerine Furnishers business rescue has curtailed disbursements and consumers remain financially stressed, impacting customer credit appetite.”

African Bank said collections are “stable”, at more than R2 billion a month. It expects to reports a loss for the six months to March 31 2015 of between R2.3 billion and R2.8 billion.

African Bank curator, Tom Winterboer said this does not impact the curatorship of African Bank. “The Bank continues to operate as before under the control of the Curator and remains open for business,” he said.

Winterboer said the creation of Good Bank is anticipated for October 1 2015.

Good Bank refers to the entity that was separated from a substantial portion of African Bank’s non- and under-performing assets and other high-risk loans – which had a book value net of specific impairments of R17 billion – when it was placed into curatorship.

At the time, the Sarb paid R7 billion for this loan book and said it would continue to collect against the “bad book”. National Treasury said in October that it had provided a R7 billion backstop to the Sarb for this exercise, but that it was unlikely the Reserve Bank would draw on this facility and therefore no costs to the taxpayer are expected.

Good Bank has a value of R26 billion of core lending assets, net of portfolio impairments.

In order for the restructuring to take effect, the Banks Amendment Bill – which has ben passed by the National Assembly and awaits the President’s signature – must be gazetted. The Bill gives the curator of a failed lender wide-ranging powers to restructure such an entity, as in the present case.

Last month, Winterboer released details of what senior and subordinated unsecured debt holders can expect to get out of the restructuring. Shareholders of African Bank equity will have to wait for the bank to relist, which could take at least two years from when Good Bank is created. “After the transaction effective date, the Good Bank will probably require more than two years to trade in order to build up a track record which will be acceptable to potential equity investors, before listing on the JSE,” African Bank said.

An Information Memorandum (IM), due out next month, is expected to provide further details on the proposed restructuring, giving affected parties an opportunity to comment before consent is sought from the Minister of Finance for the restructure.

The ultimate ‘Riding your luck’ story to ever play out.
A R9,3B loss, and still you are kept afloat by virtue of the industry you are in, to avert the supposed systematic ramifications that may follow if u sink.

Leon Kirkinis, the once famed rock star of business, now faded into obscurity, without ever just giving an explanation, aren’t shareholders entitled to a frank, spin and jargon free, human explanation on what transpired ?
Oh well, maybe he will right a book someday.

Barney with all the money he’s made I doubt he’ll need to write a book!

Kirkanis showing his real character by going into hiding.What a disgrace and he knew this was coming.At least come into the public and provide investors with an explanation .A classic example of running a business into the ground.