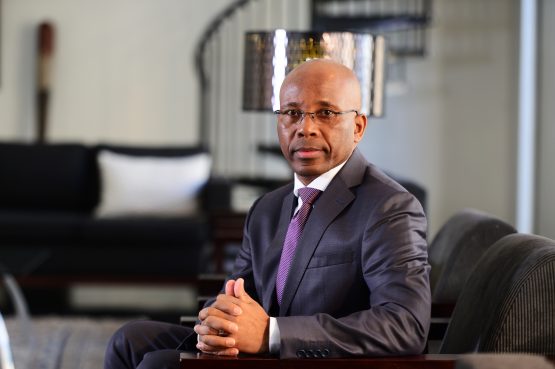 Altron has resumed dividend payments to shareholders, sending the group’s shares higher on the JSE on Thursday. It’s the first time it has paid a dividend since 2016.

The technology group said earnings before interest, tax, depreciation and amortisation climbed by 16% in the six months ended August 31 2018 on the back of a 44% leap in revenue. It has reduced its debt levels and completed the sale of non-core assets, it said.

“We have delivered on our stated goal of double-digit Ebitda growth, with the majority of the group’s operations producing Ebitda growth in excess of 20%,” said CEO Mteto Nyati.

The offshore businesses performed even better, delivering 57% growth in revenue and a 35% improvement in Ebitda.

Total revenue was R9.8 billion, while Ebitda was R686 million on a normalised basis. Normalised headline earnings per share grew by 25% to 71c. The interim cash dividend is 28c/share.

“Bytes UK had an exceptional half year, growing revenue by 109% and Ebitda by 90% to R207 million,” Nyati said. “The performance of the business was positively impacted by our acquisition of Phoenix Software in the last financial year, which added scale to Bytes UK, making it a significant player in the UK software market.”

The Bytes UK business secured a five-year, £150 million contract with the UK’s National Health Service, while the cross-selling of Altron’s South African CyberTech offering into the UK market is gaining traction, he said.

“We have now concluded the disposal of all controlled non-core assets. This allows us to focus the business fully on ICT services and solutions and enables us to position Altron as a trusted advisor for our customers’ digital transformation journeys,” Nyati said.

The group’s net debt position of R1.4 billion was a “significant improvement” on the February 28 year-end figure of R1.9 billion due to increased cash generated from operations (R720 million compared to R598 million for the prior period), as well as better working capital management.

This resulted in a 220% increase in free cash flow to R295 million, which allowed the group to allocate R249-million towards repaying its long-term loans during the period.