The company is ditching ‘non-core’ businesses that have sucked the life out of the company and repositioning itself.
Ciaran Ryan  /  23 May 2016 00:01
1 At some point JSE-listed Allied Electronics Corporation Limited’s (Altron’s) bombed out share price is going to look like a bargain. But it’s hard to know when that will be.

The Venter-run family business last week announced a loss of R1.1 billion for the year to February, drowning the previous year’s loss of R60 million. CEO Robbie Venter is currently on a roadshow to calm investors and explain the strategy going forward.

This strategy in a nutshell is to ditch ‘non-core’ businesses that have sucked the life out of the company and reposition itself as a telecommunications, multimedia and technology group, which is where the money is.

Altron’s share price face-planted from about R29 in June 2014 to 615c last week – back where it was 20 years ago. In August last year Old Mutual Investment Group announced that it had off-loaded a sizeable chunk of its shareholding in Altron and this seems to have triggered the latest slide. Things were looking better two years ago, when there was a healthy R900 million turnaround in profit from 2013’s attributable loss of R312 million. Robbie Venter was confident the turnaround was on track, but the following two years were disastrous. It’s been well known for the better part of the year that Altron’s spread-eagle business, spanning telecoms to cable and power systems, just didn’t hang together. It made some dreadful acquisitions over the years, hung on to the dogs too long and squandered a few opportunities to exit businesses earlier at better prices. In amongst all this are some fairly decent businesses.

So what went wrong?

Like all conglomerates, the sum of the parts are usually less than the whole. You need a cost-heavy head office to run operations, and these breed inefficiencies. Why else is Altron cutting its headcount by 40%, selling its Menlyn building and converting from “a family-managed business to an independently-managed company”?

At the operational level, Autopage waited far too long to get out of the cellular service provider business. Reunert sold its interest in Nashua Mobile more than 18 months ago to the three main cellular networks for R2 billion. Once the Independent Communications Authority of South Africa decided to cut inter-connect fees – which is what operators pay each other for connecting calls between different networks – the blood was on the wall. Plus the cellular market in SA was reaching saturation.

Altron hesitated, deciding to see if better options awaited it. They didn’t. In 2016 its revenue crashed 27% to R4 billion, and Ebitda (earnings before interest, tax, depreciation and amortisation) fell from a positive R137 million in 2015 to a negative R184 million in 2016. That hesitation could have cost it upwards of R500 million, and – according to Hilton Tarrant writing in Moneyweb – as much as R1 billion.

The power business was victim to weak demand for cables and transformers, and lack of orders from Eskom. This business no longer forms part of the Altron empire, but one wonders why it took management so many years to realise it was a losing bet. Two years ago, management reported: “Altron Power is showing encouraging signs of recovery and the company believes it can again contribute meaningfully to the group in the future….”

In 2015 it reported: “Altron Power stands to benefit from the eventual refurbishment of South Africa’s electrical infrastructure, designated product status of transformers and cables and potential orders from phase 3 and 4 of the REIPPP (Renewable Energy Independent Power Producer Procurement) renewable energy projects. Continued focus will be placed on new markets, particularly sub-Saharan Africa.”

The following year it was out of the business altogether. Just like that. The main focus of the group now is to strengthen its financial position and to reduce debt, hence the decision not to declare a dividend this year.

For several years now we have been hearing that Altron is transforming “from an investment holding company to an operational business through the pooling of talent, funds and businesses. This will result in new income streams, innovations and growth opportunities.”

Given some of the poor management decisions in the last few years, and lack of follow-thorough on others, one wonders when these new income streams will develop. Ten years ago, in the 2006 annual report, Robbie Venter said the group was on a mission to build businesses with recurring income streams. That is the holy grail of business, but also happens to be the most competitive. For the last decade it was acquiring new businesses to bolt on to existing ones, but few of the promised synergies seemed to have come off.

The good news is that the remaining businesses are solid. Continuing operations (comprising Netstar, Altech Radio Holdings, Bytes Systems and others) wracked up a 36% increase in revenue to R4.78 billion in the year to February 2016, with Ebitda of R373 million (down 23% on the previous year).

From here on, Altron will be a much smaller, focused group. The key elements of the restructuring are:

All told, these sales will generate close to R2 billion which will be used to retire some of the group’s interest bearing debt of R2.6 billion, and cut annual interest costs of close to half a billion rand a year. But shareholders may be losing patience and are likely to pressure management to return a good chunk of this cash in the form of dividends.

With a market cap of just R1.8 billion, Altron is now playing in the minor league, which is great for punters and day-traders looking for a quick turn. But this is a mighty long drop for a group with a 50-year history and a share that traded at more than R50 just seven years ago. I have had dealings with the cell phone side of this lot. Arrogant and rude, the wheel turns. 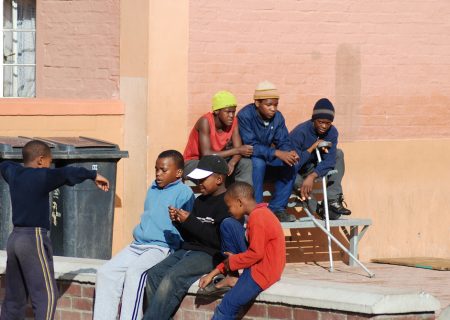 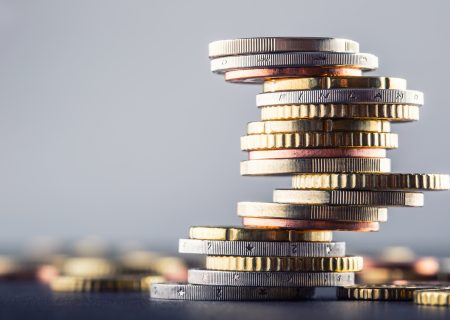