The last-minute suspension comes at considerable cost to China’s reputation – a risk it evidently thought worth taking.
By Ann Crotty 6 Nov 2020  00:01 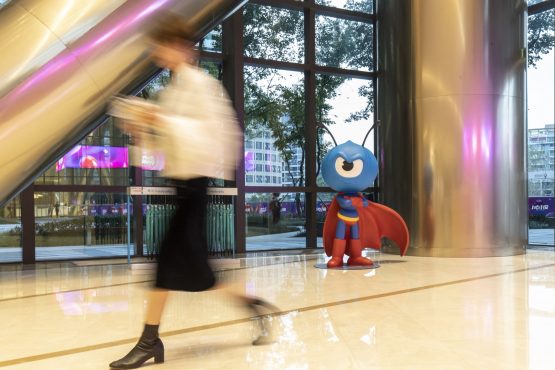 All dressed up and nowhere to list. Image: Bloomberg

It’s safe to say that few outside the top echelons of the Chinese Communist Party will ever know why the decision behind the suspension of the listing of Ant Group was taken so late in the day.

Apart from some ill-considered remarks by Ant’s controlling shareholder Jack Ma in late October, there had been no significant changes to the group’s initial placement offer (IPO) or its business model at any stage during the months-long process.

Read: Ant IPO pushes demand for Hong Kong dollar to most on record

Government anxiety about losing control of a massively important money-creating mechanism may have been heightened by concerns around Ant’s financial statements, which include a massive black box of related party transactions with Alibaba, the e-commerce giant co-founded by Ma.

The fact is, the Chinese regulators did not change their minds at the last minute, they merely made them up at the last minute. No doubt everyone presumed that given Ant’s high profile and the fact the listing seemed to chime with the Chinese government’s ambitions to develop the Hong Kong and Shanghai stock exchanges as credible alternatives to US exchanges, regulatory approval would be forthcoming. And no doubt Ma’s criticisms of the Chinese banking system and its regulators helped those very regulators to make up their minds.

Ma’s rebuke of the system

It might even have been that by the afternoon of October 24, Ma – who was set to become the undisputed richest person in China, pulling away comfortably from Tencent’s Pony Ma with the expected multi-billion dollar proceeds from the listing – realised his fate was sealed.

That morning, at a financial summit in Shanghai, Chinese vice-president Wang Qishan spoke to the audience about the worrying lack of risk control in internet finance as well as the critical need to preserve financial stability.

At the end of the day, when it came to his turn to address the audience, Ma may have felt he had nothing to lose.

He lambasted the banking system, describing Chinese banks as “pawn shops” because of their propensity to demand collateral before providing loans.

That led to a summons from the regulators for Ma to attend a “supervisory interview” and the subsequent announcement of new draft rules for online lenders.

The considerably tougher new rules were set to significantly restrain Ant’s profit prospects and meant the IPO process was out of step with the new regulatory reality.

There was also the matter of government plans, announced in September, to cap the interest rates Ant could charge on its consumer loans.

At the very least, a delay was necessary as valuations were recalculated. Until Tuesday the proposed sale of 11% was expected to raise around $34.5 billion, making the IPO the most valuable in history and giving the group a total value of $313 billion. As things stand, if it is to go ahead at some stage in the future, it is unlikely to break any records.

The founder of Alibaba has long claimed the traditional banking model has deprived small and medium-sized businesses and individuals, who don’t always have collateral, from accessing bank funding.

It is precisely because of these weaknesses, including the ban on foreign credit cards, that Alipay, which was created by Alibaba to secure payment between buyers and sellers on the Alibaba platform, has thrived.

It is also why Ant, which was spun out of Alibaba in 2012 to provide loans to small businesses as well as payment facilities, has thrived. For almost a decade the symbiotic relationship worked well.

Ant thrived; becoming a payment tool for more than 730 million Chinese users as well as a platform for obtaining small loans and buying insurance and investment products.

And the banks? Well, they remained largely stodgy and the focus of most of the regulatory action. Remarkably, despite their stodginess, the closely-regulated banks have managed to rack up system-threatening levels of bad debt.

And it’s not as though all the pawn-shop banks missed out on the Ant action. Ant isn’t actually lending its own money – it is instead acting as an agent for the smaller banks, linking them with individual borrowers and small enterprises they would otherwise have overlooked. For this it gets 2%.

Ant in fact describes itself as a technology partner to the banks not a competitor or disrupter.

In a Harvard Business Review article written in late 2018 Ming Zeng, chair of the Academic Council of the Alibaba Group, describes how Alibaba realised it had the ingredients for creating “a high-functioning, scalable and profitable SME lending business”. It could use the huge amount of data it collected from the thousands of small businesses that used its platform to connect with consumers.

Ant was able to process small loans quickly by accessing the applicant’s online data (once it had secured authority from the individuals concerned, writes Ming).

“When faced with potential borrowers, lending institutions need answer only three basic questions,” writes Ming. “Should we lend to them, how much should we lend and, at what interest rate?” With data from online activities, it was easy to get the answers.

“Our algorithms can look at transaction data to assess how well a business (and potential borrower) is doing, how competitive its offerings are in the market, whether its partners have high credit ratings, and so on,” writes Ming. Every transaction, every communication between seller and buyer, every connection with other services available at Alibaba, every action taken on the platform, is used by the algorithm to determine a business’ credit score.

Absolutely everything is scrutinised, including the quality of a borrower’s social and business relationships.

“The algorithms might, for example, analyse the frequency, length, and type of communications – instant messaging, e-mail, or other methods common in China – to asses relationship quality,” writes Ming.

Surely Ma appreciated the symbiotic nature of its arrangement with the regulators?

Surely he realised his business thrived because – for whatever reason – the Chinese government provided the necessary conditions, including keeping a lid on the mainstream banks and blocking foreign competitors.

Ahead of the new regulations Ant carries just 2% of its RMB1.8 trillion (around R4.3 trillion) on its own balance sheet. Those new regulations would require it to increase this to a hefty 30%, which completely overhauls Ant’s profit profile.

Read: Ant IPO by the numbers

The UK’s Financial Times quoted an unnamed state-run bank executive explaining the possible thinking behind the move: “The logic for Beijing is: ‘If I don’t understand and can’t control you, I won’t let you grow’.”

This, if true, is a commendable attitude, and in 2008 would have saved millions of innocent people across the globe from losing their homes and jobs if it had been a policy of the US and European regulators. Evidently China does not want to risk the social crisis that could result from an implosion of uncontrolled lending; an implosion that would do a lot more than merely destroy the value of Ant shares held by millions of ordinary Chinese citizens.

The last-minute suspension of the listing comes at considerable cost to China’s reputation for the sort of predictable regulation needed to underpin market confidence. Given the opacity that surrounds the Chinese Communist Party, including allegations of corruption, there are a litany of reasons why it was prepared to risk that cost.

But it is just possible that the Chinese government feared its citizens would not be as accepting of financial destruction as citizens of the major western democracies appear to be.

For me there are two preliminary lessons that come out of the debacle that became the cancellation of the listing of Ant. One, do not talk down to the regulator and act like ‘smarty-pants’ or ‘know-it-all’, if you have a valid recommendation on how to improve the system work with the governing bodies and regulator directly and through chambers. Regardless of whether you hold a PhD in running successful businesses or such businesses themselves.

Second, don’t go out there and wound the regulator with your words, and rub salt in the wound while throwing beer in the wound for a good measure. Else, you will discover that the Regulator will make you cross and dot every i and cross every t in your long listing contracts, to say nothing of following regulations you claim not to exist!!!

……. and why for goodness sake criticize them in public before they have ruled on the issue.

Flawed conclusion. Do you think the Chinese government cares about its people?! Seriously.

Here we have the ANC beloved giant bully showing its true colours.

by the looks of their Covid success I’d say yes; depends on which lens we use

Initially, I was gobsmacked that any institution would intercede on what the market obviously deemed a sure-fire winner from a man with the highest entrepreneurial credentials and background like Jou Ma… surely?

You do make a valid point though- our “westernised democracies” have become very laissez-affaire about the role of the central banks and their quantitative easing wands. More like an invisible hand in our pockets.

Our propensity to save and invest is rendered mere lip service by this singular force majeure. Our land and asset values are pulled from underneath us like a proverbial rug.

As if boring, predictable, unimaginative and non-intuitive bankers are the be all and end all of value creation. Maybe so, in a carbon dense pollution overkill dirty industrial economy of yesteryear.

Then again, what are the chances a centrally-controlled committee in a command economy will be any better?

This transition to the 4IR awakening is going to need step by step clarification- a pre-determined blockchain for success.

Who are the best to pivot a pareto-optimised position for us all- can we develop a perfectly transparent and skill- harmonised blueprint going forward?