“If inflation rises faster than the market expects, it could have a material impact on most asset classes”
Net 6% van mense kan “gerieflik” aftree
SA women ‘earn’ less than men even in retirement
CLICK THIS COMPANY MORE COMPANY NEWS SENS
AFORBES Co-chief executive Johan van der Merwe has defended the rights issue as well as the fee and its use. Image: Moneyweb

ARC Investments came under sharp criticism in September 2020 when it announced a plan to raise R750 million in a share issue. Part of the original reason offered by the company for the rights issue was that some of the proceeds would be used to settle “the outstanding fund management fee”.

In the original plan, the management fee of R205 million equated to nearly a third of the total amount to be raised.

A week later, ARC Investments made an abrupt U-turn and said it would “settle the fund management fee from internal cash resources”.

It claimed that this was as a consequence of the board deciding to “cancel” the convoluted set-off agreement where the fee would be settled through subscription in the rights offer process. This would’ve avoided the flow of funds from ARC Investments to general partner UBI, which then pays through 95% of the fund management fee to (unlisted) African Rainbow Capital as an “investment services fee”.

In the release of its interim results to December 31 on Thursday, ARC Investments says that during the process of listing the business in 2017, “the company and the general partner indicated that they would review the fee structure of the ARC Fund after five years”.

“The global and domestic environment has changed considerably since listing and consequently the parties are discussing the possibility of accelerating this review.”

Using the original timeline, the review is due in 2022.

“Possibly accelerating this review” will therefore only impact a single year of management fees, at best.

It notes in its results that: “The annualised growth in the ARC Fund’s IPV [intrinsic portfolio value] before the impact of acquisitions and disposals for the six months was 15.8%, which is above the 10% performance participation hurdle.”

In an interview with the Financial Mail’s Giulietta Talevi, ARC Investments co-CEO Johan van der Merwe defended the rights issue, saying it equates to “only 7.5% of the company” given its published net asset value (NAV) of R10 billion.

He also defended the fee, and its uses, saying this was a “standard fee and if you look at private equity – and this is almost a listed private equity vehicle – private equity usually charges 2% and 20% [on outperformance]”.

In a presentation on Thursday, ARC Investments points to seven factors it believes contribute to the enormous discount between the fund’s (intrinsic) net asset value (R8.82 per share) and its share price (R4.46 on December 31 and R3.75 as of Wednesday’s close):

It describes the discount as “substantial”, as the “unfavourable investor perception of investment holding companies continued”.

ARC Investments says “the strategic focus of the fund is on consolidating its capital in specific businesses and working with its investment partners to unlock synergies that will drive the value of the underlying business units”.

“This, combined with the progress being made by start-ups such as TymeBank and Rain as they move along the maturity curve, should go some way to closing the gap between the intrinsic and market value.”

ARC Investments reported a portfolio value (measured on an intrinsic basis) of R12.8 billion. It saw a 7.35% decrease in its INAV per share, “mainly” because of the increase in shares in issue following the capital raise. It has cash available in the fund of R455 million.

Major drivers of the change in portfolio value were:

Its single biggest holding, Rain, which equates to 27.3% of the fund value, experienced “strong growth in clients and data usage since the onset of the Covid-19 pandemic and the resultant National Lockdown”.

“Its 4G expansion has progressed well with nearly 7 000 active live sites as at the end of December 2020.”

Its 5G network comprised 685 towers by year-end and the aim is to increase this to 1 150 by February.

Its investment in TymeBank comprised 9.2% of the value of the fund as at December 31.

The partnership with the Zionist Christian Church (ZCC) “to onboard a large proportion of the ZCC’s nine million member base” has been postponed due to Covid-19.

The group has employed former Truworths CFO David Pfaff “to focus on treasury and business optimisation, both at TymeBank and the international operations of Tyme Global in Singapore”.

Pfaff is CFO of Tyme Global and country CEO for South Africa.

Interestingly, ARC Investments sold 3.25 million Afrimat shares (for R143 million) subsequent to year-end. The equates to about 8% of its holding in the quarrying and mining group.

When you have to pay a high price for Management you have to know that this is a struggling investment…hard to believe that this share listed at over R7 and has given no satisfaction during its tenure under Managment that is suspiciously under competent and overpaid! Just my opinion.

The Probably thought they were under the protection of the Motsepe / Ramaphosa / Radebe family enterprise and can do what they want.

What could possibly go wrong with Patrick Motsepe in charge?

This share will do better than most financial shares in the JSE.

You dont see its directors selling their shares?

This share cannot move up with the amount of shares held by management.

It is a waste of time.

The SIM deal was a classic case of really oily business practice. There is nothing in it for Sanlam-they are funding the majority of it and ARC can and will add zero value except to their management and business tsar main shareholder who has actually never run any business or created one-except BEE . Sanlam shareholders were effectively taken big time .

Sanlams board should hang their heads in shame…

Eager to assist the major BEE beneficiaries – Motsepe and Ramaphose.

The term – sucking up – comes to mind

Have you actually had a proper look at the board of directors at Sanlam? And traced all the ties?
Corporate capture is as much a thing as state capture in SA..
The concept of an independent director is a “loose” concept.

Sometimes the run happens after one or two years but when it does you make good profit..

This was built on shady foundations from the get-go. Patrice profited handsomely from Sanlam BEE handouts while the Johan’s were are the helm, then hires them in to manage the loot while getting some of it back for themselves. And we wonder why people from all sides of the political spectrum are angry at BEE

Vert complicated structure, yet to simplify it

Go off and create value, performance fee metrics to market value and pay dividends, then maybe shareholders will invest more and close the gap.

Moneyweb – why does the AIL share not show in the top winners for today? 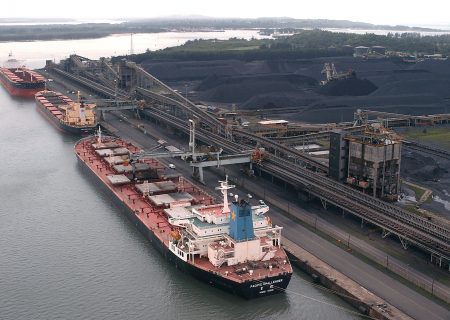