ArcelorMittal is said to boost Essar Steel bid to $5.8bn 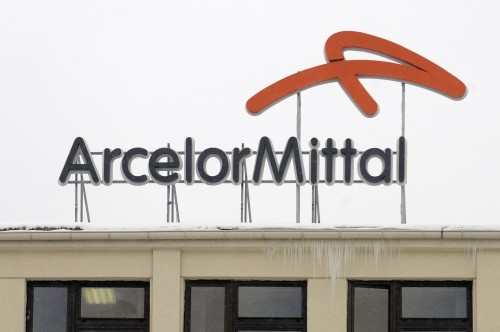 The latest offer from ArcelorMittal includes a commitment to repay the entire amount due to financial creditors of Uttam Galva Steels and KSS Petron. Picture: Vladimir Weiss, Bloomberg

ArcelorMittal has raised its bid for indebted Essar Steel India to about 420 billion rupees ($5.8 billion), people with knowledge of the matter said.

The world’s biggest steelmaker recently sent a letter to Essar Steel’s lenders informing them of its new proposal, the people said, asking not to be identified because the information is private. The company has offered to repay all of Essar Steel’s secured debt, one of the people said.

Essar Steel owes creditors about 508 billion rupees. It is one of a dozen large debtors that were ordered into bankruptcy court after India’s central bank got additional powers to speed up the process of winding down troubled companies.

Billionaire Lakshmi Mittal-led ArcelorMittal is keen to expand in India, set to be the second-largest producer this year, as economic growth drives demand and producers scale up capacity. Russia’s VTB Capital along with India’s JSW Steel are also vying for the mill, which can produce 10 million metric tons of the metal.

ArcelorMittal said in a statement it has submitted a revised proposal to Essar Steel’s creditors that represents a “material increase” to its previous bids, without disclosing financial details. The latest offer includes a commitment to repay the entire amount due to financial creditors of Uttam Galva Steels and KSS Petron, ArcelorMittal said in the statement. A court mandated deadline to make the payment ends Tuesday.

The VTB consortium put in a 370 billion-rupee bid in the second round of offers, according to court documents. Billionaire Anil Agarwal’s Vedanta had also bid for the asset. The resolution professional overseeing the Essar Steel sale didn’t immediately respond to a request for comment.