The company said it expected steel demand to be at between 70% to 75% of pre-lockdown levels for the foreseeable future.
Tanisha Heiberg, Reuters 30 Jul 2020  09:19 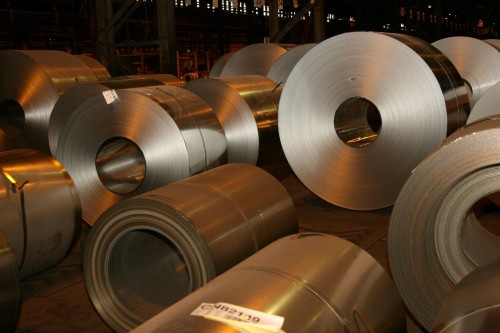 Steel producer ArcelorMittal South Africa Ltd fell deeper into a half-year loss as demand for steel dropped due to the new coronavirus and output declined after operations were shut during a lockdown, the company said on Thursday.

Africa’s biggest steel producer, which is majority-owned by ArcelorMittal SA, said its headline loss had increased to R2.613 billion ($157 million) for the six months to June 30 from a loss of R638 million a year earlier.

ArcelorMittal South Africa said some parts of its business would remain idle until demand recovered, including placing the melting operations at its Vereeniging Works on care and maintenance from the third quarter.

The company said it expected steel demand to be at between 70% to 75% of pre-lockdown levels for the foreseeable future. “On the back of a demanding 2019, the first half of 2020 proved to be incredibly difficult with the widespread health, social and business impact brought about by the global COVID-19 pandemic,” ArcelorMittal South Africa Chief Executive Kobus Verster said.

The steel producer, which has long battled against cheap imports, rising costs and a flagging local economy, said last month it had begun talks to cut an unspecified number of jobs as it slashes costs to deal with the impact of the pandemic.

Job cuts are politically sensitive in a country where unemployment stands at a record high of about 30%.

The company’s earnings before interest, taxes, depreciation, and amortisation (EBITDA) fell from a profit of R167 million to a loss of R1.256 billion.

I am surprised how this company is holding out.
High electricity prices, I suspect not much help from government and iron ore at market prices.

Speculator, hope you are remaining true to your name.. And speculating as I am… This share is now trading at 27c… I’ve been buying this week and my average price is 36c. Hoping this turns out to be another Sasol in my portfolio.

Job cuts are politically sensitive in a country where unemployment stands at a record high of about 30%.

There lies some of the problems. The jobs should be financially sensitive not politically. Business must lead politics and not the other way.

A long time ago this company had to pay a “capital reduction dividend”; it had too much capital. Oh, did not Bernard S while at Harmony go to court about the steel pricing and monopoly from AMSA?

Kobus, get AMSA to compete globally as in lowering your costs to below the Chinese imports, otherwise AMSA is gone. SA is bedfellows with China so there will be a limit to how much tariff protection you will get.