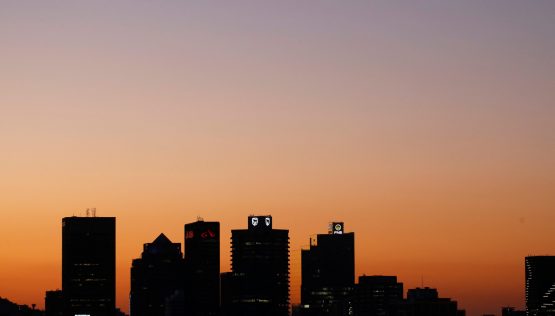 The extent of the impact of the Covid-19 pandemic as well as the countrywide lockdown on the banking sector is beginning to emerge. On Wednesday, both Absa and FirstRand cautioned the market on expected earnings declines for the period ending June 30.

This followed an announcement by Standard Bank at the end of July, whose guidance is somewhat muddied by the sale of a minority stake in ICBC Argentina, Liberty’s performance as well as looming impairments of its IT assets.

There are two sets of drivers for these broad declines. First, as FirstRand notes, “the negative endowment impact as a result of interest rate cuts and margin pressure, subdued non-interest revenue growth due to lower absolute volumes during the lockdown period, and depressed new business origination” will impact top-line revenue growth (non-interest revenue and net interest income).

Now, credit impairments are the “most significant driver” of the decline, and this will be felt on the bottom line. Under IFRS 9, banks are required to recognise future expected credit losses quicker which will see credit loss ratios spike across the board. By way of example, at the start of July Capitec said that it incurred a loss for its first quarter (to end-May), given that its credit impairment charge was “145% higher than expectation”. This was due to the fact that it rescheduled or granted payment breaks for retail credit balances of R5.75 billion and business credit balances of R236 million.

On the face of it, FirstRand’s expected earnings decline of between 35% and 45% looks modest, but the group’s year-end is in June which means that for nine months of the year, activity was at normalised levels. It says it has seen a sharp deterioration in “underlying customer income and affordability in FirstRand’s retail, commercial and large corporate segments have deteriorated sharply, particularly in those sectors most affected.” Given the continuation of the pandemic and the associated lockdown restrictions, these trends are expected to continue for some time.

It expects normalised earnings per share of between 273.5 cents and 323.2 cents for the year. Given that it reported earnings of 249.7 cents per share for the six months to end-December, it could report a profit of as little as 23.8 cents for the second half. This equates to normalised earnings of R1.6 billion in H2, versus R14 billion in H1. At the higher end of guidance, earnings in H2 (January to June) could be R4.1 billion.

Absa says credit impairments for the six months to June “were four times higher, resulting in a credit loss ratio of 2.77% from 0.79% in the comparative period. Half of the increase reflects judgmental macro-economic overlays, which strengthened stage 1 and 2 loan coverage materially”. But it says based on its “current expectations, credit impairments should decrease significantly in the second half of 2020”.

This will translate into normalised headline earnings per share (HEPS) for H1 to be between 80% and 85% lower than the 977.5 cents last year. Absa is therefore expecting normalised earnings of somewhere between 146c and 195c per share. This equates to between R1.2 billion and R1.6 billion.

It says revenue growth in the first half “slowed to low single digit year-on-year”. Pleasingly, however, “operating expenses reduced from the comparative period, producing positive JAWS and high single digit pre-provision profit growth, with an improved cost-to-income ratio for the half”.

Standard Bank says that “disbursements and transaction activity levels were negatively impacted by the lockdowns, in particular in April 2020. Activity levels did improve in May and June as lockdowns were eased, but in most instances, remained below pre-lockdown levels.”

It has seemingly fared better than Absa in the first six months but given that much depends on the level of impairments each bank has booked, it will remain to be seen whether banks have provisioned accurately. Not being aggressive enough in these numbers will mean additional charges in the second half, while being too conservative will mean an unwind of this provision.

Standard Bank says headline earnings per share for H1 are “expected to be between 30% and 50% lower than the reported HEPS for the six-month period ended 30 June 2019”. HEPS will drop from 837.4 cents per share to somewhere between 586.2 and 418.7 cents per share.

Associate Liberty reported a R1.5 billion operating loss for the first six months of this year (versus a profit of R1.1 billion in 2019) due to the establishment of a R2.2 billion Covid-19 pandemic reserve. Had this been excluded, the insurer would’ve reported normalised operating earnings for the period of R633 million. (A separate charge due to Liberty Two Degrees impacted headline earnings). These numbers will flow through to the Standard Bank Group’s.

Nedbank and Capitec have not yet provided updated guidance, save that in the former’s case, it expects earnings to be more than 20% lower than last year.

In a note to clients, Allan Gray’s Tim Acker says that while “the immediate future looks bleak”… “on various metrics, the valuation of the local banking sector is now the lowest it has been since the 1980s”. Of course, no dividends are likely from any banks this year, which will weigh further on share prices.

He says that “while it is likely that the economic impact of Covid-19 will be greater for South Africa than the 2007-2008 financial crisis” and this first round of trading updates certainly suggests this will be the case, “South African banks are also in a better position to weather the storm. For example, bank capital levels have increased over the past decade and banks have created bigger provisions for future credit losses.” Nedbank’s Mike Brown detailed this in a briefing during the lockdown.

Acker says “shares of South African banks are attractively priced, even if the companies lose a year’s earnings and a full recovery takes several years. Excessive concern over the short-term impact of Covid-19 has created an opportunity for patient, long-term investors.

“It is hard to predict with certainty at this stage how credit losses will play out and how deep the coming recession will be, but South African banks are likely to be fine in most scenarios. Capital levels are sufficient to absorb potential losses from even a severe economic slowdown.”

Covid aint leaving anytime soon… SA is in a downward spiral …
interest rates will come down some more….
…. Banks will Plummet!

Head on block prediction ….banks now probably the best share purchase you can make right now !
Banks never lose and if they do they get bailed out like 2008 …..

Jeremy Clarkson: ‘I mean,how hard can it be?’

In my opinion..Capitec is a sell…Firstrand is a buy… the rest are a hold
This sector is in for a hammering in the short term and even long term has risks. However, as long as SARB remains independent, this will retain confidence in our ability for the banking sector to survive.

Many of the banks have published rules for their impairments. A loan shark like Capitec has a very big consumer debt relative to its total client book as it has so little in mortgages and cars.

If you look at Capitec rules they will face enromous impairments on their automatic rules. How much of that then subsequently gets renegotiated and deferred and how that gets played is anybody’s guess. I imagine Capitec will need to run a second set of rules – something like rolled forward covid impairment adjustment.

This issue cannot be much different in US, yet US equities are at record levels. How?

Profits are declining because the big 4 are obsessed with raping their clients wallets for fees but give lousy service.
Yesterday I went to FNB in Norwood to make a deposit. Time was 12h20. I was told that the branch only had 1 Teller and that she was on lunch until 13h00. Where else in the world do you have a bank branch open and not 1 teller on duty? Absurd. Someone who said he was the branch manager told me that FNB were in the process of making the Teller position redundant.
There are enough banks now that do not charge for their services. It is a matter of time that the big 4 will fall from grace.

Hey Sweatpea!! No way buddy. You are supposed to be asking for a friend!!!

Those that invested heavily in SA in the 80s and then started to go offshore have made good return. Blood on the streets.

Can financial journalists and others please stop using the euphemism “impairments” and use the old-fashioned and rather more honest term “losses”?