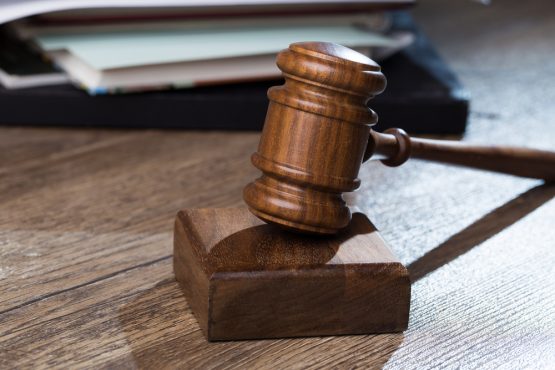 This isn’t the first time the group has been forced to take legal action against the municipality, or been granted a court order. Image: Shutterstock

JSE-listed poultry giant Astral Foods has taken government, including National Treasury, to court and won a landmark order to secure better service delivery at municipal level in the Standerton area, where it has one of its biggest processing facilities.

The group confirmed on Tuesday that the order was successfully obtained in the Pretoria High Court on Monday (April 12) due to “poor service delivery” from the Lekwa Local Municipality in Mpumalanga.

Astral, which is South Africa’s largest integrated poultry producer and owns chicken brands such as Festive, Goldi and Country Fair, described the level of service delivery in Lekwa as “untenable”.

The cash-strapped and mismanaged municipality has faced growing protests from both business and the local community over non-delivery of basic services, which has even resulted in sewage spills into the Vaal River.

“Astral decided to take extraordinary steps in launching legal proceedings against the provincial and national government to hold them accountable for the failures in municipal service delivery in Standerton,” the group noted in a statement on the matter.

“The impasse with the municipality with regards to water and electricity supply has had a major disruptive impact on Astral’s operations within Standerton. Unfortunately, the goings on have also negatively impacted on people living in the town and surrounding areas.”

Astral said the situation dates back to early 2018, when disintegrating infrastructure in the Lekwa municipality led to severe basic supply interruptions to Astral’s operations. This forced the group to take legal action against the municipality at the time, and a court order was secured.

“Through this [court order] the Lekwa municipality was obliged to submit a longer-term plan indicating how and when it intended repairing and improving the municipal utility supply infrastructure,” explained Astral. “This plan however did not materialise.”

The group pointed out that in terms of the agreed high court order issued on Monday, national government will now intervene in the municipality and, together with Treasury, will prepare a financial recovery plan as per the Municipal Finance Management Act (56 of 2003).

“The order also provides for Astral to approach the court again for further relief, if it is of the view that the financial recovery plan is not being implemented,” it said.

“Astral is very hopeful that this will not be necessary and that the parties will instead work together to turn the situation around in the interests of all stakeholders,” the group added.

“We confirm our full support to National Government and Treasury and look forward to co-operating further in the interests of resolving the very serious issues currently being faced by the Lekwa municipality,” said Astral CEO Chris Schutte.

The Government must ‘intervene’? They are as useless as the municipality, what is this going to help. How many municipalities have the same problem as Standerton? Many. The only intervention that will help is to fire incompetent officials on the spot and get competent people to run the show.

….that is, get rid of BEE/ AA/ EE. Not going to happen very soon, given the racists regime in charge of this country. Cry the beloved country.

I thought they should be charged and put in jail, but after reflecting on what I just said, rather fired, as you said, and left to scratch a living however they can than feeding off our taxes in jail.

Step 1: lose a case and get a court order against the municipality
Step 2: Appeal the case using ratepayers money that they supposedly don’t have due to mismanagement in the first place
Step 3: Keep the applicants in court for years to come while providing the same or worse services

It is sad that our high courts must order the government to do its job. Actually, it is South African voters’ job to do it.
I hope the local government election this year will reflect this.

The local government represents the mindset of the local people. When the voting majority is of inferior mental capacity, then that municipality will be a failure. This is the situation in 90% of municipalities. When the court intervenes in the process of service delivery, it says something about the efficiency of the democratic process itself. The court steps in to protect the inhabitants of that municipality against the consequences of their mindsets. The court determined that these voters cannot be trusted with the right to vote.

In developed countries, mentally handicapped individuals with an IQ below 80 will be prevented from managing their own affairs. In South Africa, these individuals with a low cognitive ability determine policies at the local government and national government levels. They manage the affairs of other people! This reality manifests as bankrupt municipalities and bankrupt SOEs and an implosion of service delivery.

The court should protect these voters from themselves and rescind their right to express themselves at the ballot box.

And so succinctly and eloquently described as usual.

When I was still an article clerk in the early 80’s my Audit Manager and myself used to sit and debate the One Man One Vote scenario and try to work out what the outcome would be based on your points. And it is so true that it is the level on Intellect that inhibits us prospering as a Nation.
And sadly Education will not alleviate it – as there is a clear distinction between Intellect and Education.

Maybe a politically developed IQ test is a pr-requisite for a person to vote (hell you need a license to drive, a license to hunt, a license to fish – but no license to change the course of history!!) Go Figure.

As a nation, we are stuck in a serious situation that can only be solved if votes are restricted to the amount of skin in the game, like a company shareholder structure. This is why businesses in a specific community are successful while the municipality in that same community is bankrupt. People with something to lose have a vote in direct proportion to what they stand to lose. This is the only solution to our socio-economic problem.

The poor will be the largest beneficiaries of such a fair and efficient process because they are living under the constant threat of famine. Their mental capacity also prevents them from grabbing this life-saving opportunity. This is where nature always comes into the picture to remove certain mindsets from the equation.

I think it is much more complex than just a simple judgement of “inferior mental capacity.” Somehow such arguments tend to suggest a lack of understanding of the complexities of being human and the universe, and a simplicity in understanding the stories you’ve bought to make sense of the universe. Reality is always much more complex than symbology.

I believe this is the way forward. Private sector must band together with opposition parties and launch civil suits against government for non-performance of duties. It’s the only way to get them to actually do the jobs for which they are being handsomely paid.