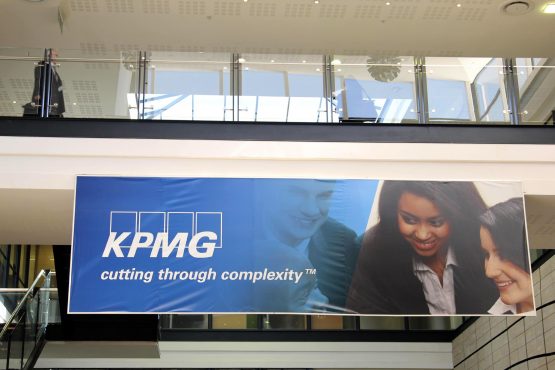 South Africa’s Auditor General said on Tuesday he is terminating all contracts with auditing firm KPMG over a string of recent scandals that have cast doubt over the international audit firm’s professional and ethical conduct.

The global auditor has been under close scrutiny since 2017 over work done for a company owned by the Gupta family — who have been accused of using their links to former president Jacob Zuma to influence government decisions and the awarding of tenders — and more recently for small lender VBS Mutual Bank.

The Guptas and Zuma have denied any wrongdoing.

KPMG South Africa has previously said it was not involved in and did not condone any alleged money laundering activities linked to the Gupta-owned Linkway Trading company.

The firm’s officials were not immediately reachable for comment.

KPMG South Africa is reviewing work done by its partners in the wake of the resignation of two partners who faced disciplinary charges, its chief executive said on Sunday, another setback for the firm whose work is under scrutiny by authorities.

“Recent media reports relating to the external audit of VBS Mutual Bank and the conduct of KPMG audit partners are some of the reasons that prompted the decision to withdraw all KPMG audit mandates with immediate effect,” Auditor General Kimi Makwetu said in a statement.

“These terminations are not a judgement on the capabilities or integrity of the professionals that work in the firms, but are recognition of the significant reputational risks associated with matters that affect them at present.”

South Africa’s Independent Regulatory Board for Auditors (Irba) has referred a former KPMG employee to a disciplinary hearing over the work carried out for Linkway.

More on KPMG’s troubles below:

Is the local auditing profession in crisis?

KPMG in South Africa must follow the same fate as Bell Pottinger in the UK. They have lost all credibility, which is a must when doing Audits. I have pity for their honest staff!?

Maybe a few jail sentences will concentrate the minds of the remaining auditors.
Is the rot confined to one company?

And rightly so …my views:

Methinks they have now finally been ”find out”….their shenanigans, starting with the JCI debacle in the early 2000’s, by shamelessly and arrogantly contravening the Companies and FICA ACT by not issuing compliant financial statements in line with International standards etc…

Its about time Rob Davies has a look at whether firms should be restricted to operate in a vertical profession rather than horizontal profession or trade. Conflict of interest may be a cause for firms like these not being able make a clear decision as the disclosure will possibly expose another divisions doings…