Listed construction and engineering group Aveng has confirmed there is very little revenue outstanding that will be generated from its contract to build the R3-billion Sandton mixed-use development, The Leonardo, because the building is practically complete.

However, Aveng group executive: strategy and investor relations Michael Canterbury said on Wednesday there will be legal and other dispute-resolution processes unfolding, although the timeline for this has not yet been determined.

Last week Aveng confirmed it had received a notice from Seventy Five on Maude, part of Bart Dorrestein’s Legacy Group, purporting to terminate the Leonardo construction contract. The Legacy Group has also made a call on the R87.4 million construction guarantee procured by Aveng as part of the contract.

Canterbury’s reference to developing dispute-resolution processes, relates to both the notice and call by the Legacy Group.

Aveng’s position is that all the grounds for termination Seventy Five on Maude relied on “are incorrect, inaccurate and ill-conceived and are accordingly denied”.

“Therefore the action amounts to a clear repudiation of the contract. Additionally, a party is not entitled to terminate if they are in material breach of the contract,” said Canterbury.

He added: “Seventy Five believes that the issues which are subject to dispute entitle them to terminate the contract.”

The Legacy Group has remained silent about the saga and attempts to obtain comment from the group were unsuccessful. Calls to Legacy Group Chairman Bart Dorrestein’s cellphone were not answered or responded to.

The Legacy Group’s website indicates that the Leonardo, located on Maude Street in Sandton, will be opening early in 2020.

Construction started about four years ago and, at 234 metres tall and 55 storeys high, it is the tallest building in Africa.

It will have 254 apartments, a three-floor penthouse and five floors of office space, shops, restaurants, bars and other facilities.

Canterbury declined to disclose the value of the contract awarded to Aveng and stressed that it’s responsible for The Leonardo contract. This was in response to a question about whether the planned sale of Aveng subsidiary Grinaker-LTA has had any impact on the execution of the contract.

Canterbury added that The Leonardo contract was entered into in 2015, but this was only for a portion of the entire building and the initial contract was extended in September 2016 to include a further construction phase.

He said the repudiation and termination of the contract has not resulted in any job losses.

Asked what impact the Legacy Group ’s call on the construction guarantee, if successful, will have on Aveng’s liquidity and what the group is doing to prevent any negative impact from this, Canterbury said: “If the bond is called, it will be dealt with within Aveng’s existing financing arrangements.”

Amazing Development! It’s a pity about the conflict. But well done Guys!!!! Making us super proud. Really grateful and really appreciate your hard work and effort to deliver such a phenomenal building! Makes me so happy!!!

Can the government be blamed for this one, or do we face the ugly truth that contract management and business skills (amongst many other skills) are dwindling and causing private sector turmoil?

Fact of the matter….Not much revenue due….But, who would want to appoint a contractor (“Aveng”), if they don’t finish their work?

It appears to be the old story with builders….

Most contractors have to plunk down a surety (usually 10% of contract value) to ensure just this. The surety is often from a specialist insurance company (Lombard say) who can (as with Group 5) elect to get the contract completed themselves if it is at reasonable rates. 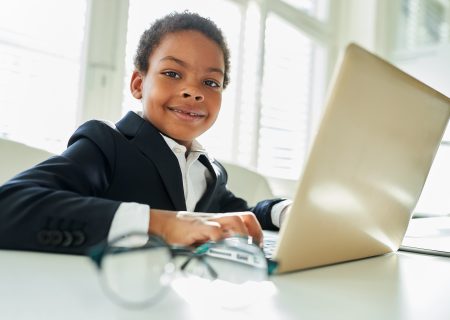