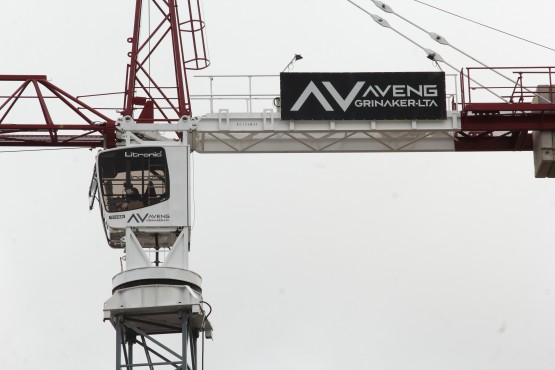 JSE-listed construction and engineering group Aveng has released an upbeat voluntary trading update and reported a 15% growth in work on hand to R29.1 billion at end-December from R25.3 billion at end-June last year.

Aveng Group CEO Sean Flanagan said in August 2021 when the group released its annual financial results that the work on hand is the only “yellow on our robot”.

However he indicated that this was partially a function of being very discerning about what revenue the group chased.

The group said on Thursday that McConnell Dowell, Moolmans and Trident Steel have met expectations for the six months to end-December 2021 at both revenue and operating profit levels despite challenging conditions.

It said the operating profit of McConnell Dowell and Moolmans is expected to be in line with budget while Trident Steel is expected to exceed budget for the six months to end-December 2021.

Aveng in August 2021 reported headline earnings per share of R751 million compared to the R950 million loss in the previous year on the back of a 23% rise in revenue to R25.7 billion from R20.9 billion.

Read:
Aveng eyes share consolidation by mid-December
Aveng unlikely to deregister from JSE in the short term
Aveng appears to be on the road to rehabilitation

This prompted Flanagan to say at the time that they see the year to end-June 2021 “as a very very significant step forward in our road towards returning Aveng to the status it used to hold”.

‘No meat on the bone’

Peregrine Capital executive chair David Fraser said Aveng’s update is short on detail and the rhetoric sounds pretty supportive “but without the meat on the bone it’s very difficult to assess what they are saying”.

“It’s a bit confusing because they give a lot of information but yet nothing on numbers.

“You’d expect them to at least say something like ‘we hope to return to profitability’ if that is the case or to give some kind of range,” said Fraser.

“They talk about meeting budget but tell us what that means. How much operating profit or a range? It’s talking things up and it’s just that there is no meat on the bone,” he said.

Fraser added that he would be cautious about how much of Trident Steel’s profit is stock profit.

He said steel prices in South Africa are probably between 40% and 60% higher over an 18-month period and Trident Steel used to hold about R1 billion to R1.5 billion in stock.

“If you have literally six to nine months stock on hand in a rising environment you tend to make quite a lot of stock profit,” he said.

Aveng’s share price rocketed by more than 45 000% for a brief period on December 8 last year, and eventually closed on the day at R27.19 per share.

This was related to the restructuring of the group’s authorised and issued share capital through the consolidation of every 500 shares into one share, effective from the opening of trade on the JSE on that day. This set a new base for Aveng’s share price.

Aveng said on Thursday McConnell Dowell’s continuing focus on its targeted markets, in a buoyant construction market, has been rewarded with growth of Au$1.1 billion of new project awards resulting in work in hand increasing to Au$2.2 billion at end-December 2021 from Au$1.9 billion at end-June 2021.

McConnell Dowell expects to successfully convert these preferred positions into new work in hand in the upcoming reporting periods, it said.

Turning to Moolmans, Aveng said the world economy is emerging from the impact of Covid-19 and this has seen a recalibration of market dynamics, which results in stronger commodity prices and bodes well for investment in mining activities across the globe.

The group said Moolmans is well positioned to take advantage of opportunities in Southern and West Africa.

It said the Gamsberg contract came to an end in December 2021 because Moolmans and the client could not agree on mutually acceptable commercial terms.

Aveng reported in June 2021 that Moolmans had secured a R1.5 billion opencast mining services contract at Vedanta’s Gamsberg mine.

The group said the decision to end this contract “is considered prudent and in line with our strategy of only focusing on projects that are commercially viable and that deliver an acceptable return on investment”.

“Having been awarded additional first tier supply contracts to OEMs [original equipment manufacturers] and increased levels of production by the OEMs, prospects for the growth of this business remain positive,” it said.

Aveng said as previously reported, the group remains committed to disposing of the Trident Steel business for value in line with its strategy, adding that negotiations are ongoing with various interested parties.

Aveng expects to release its financial results for the six months to end-December 2021 on about February 22.