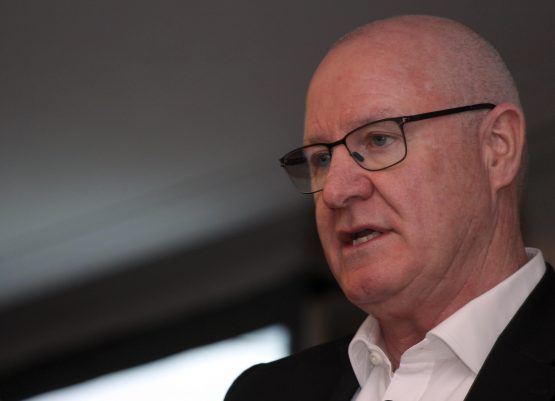 Shares in Aveng dropped by 4.06% to R19.86 per share in early trading on Tuesday, after the JSE-listed construction and engineering group reported on Monday evening that normalised earnings per share slumped by 55.6% to 67 cents in the six months to December 2021 from 151 cents in the prior period.

The share price subsequently recovered and was trading 1.93% lower at R20.30 shortly before midday on Tuesday.

The group’s normalised earnings excludes significant non-recurring items and were adjusted retrospectively for the number of shares in issue after two rights offers and a share consolidation, and restated for a change in the classification of Trident Steel as a continuing operation in line with International Financial Reporting Standards (IFRS) 5.

“The group is profitable, cash-generative and has good growth opportunities, notably in the Australian business unit and Moolmans,” he said.

Macartney said that following a technical evaluation, the criteria to disclose Trident Steel as held for sale and discontinued operations were not met at December 31 2021 and consequently Trident Steel has been reclassified as a continuing operation in the current period.

“The reclassification required the recognition of prior periods depreciation and amortisation of R155 million, partially offset by a reversal of previously recognised impairments of R103 million, resulting in a net charge of R52 million in the current period.

“This compares to a fair value gain of R415 million in the comparable period. These amounts have been included in the reported earnings. The reclassification and related non-cash charges and gains did not impact the trading activities or cash flow of Trident Steel,” he said.

Flanagan said group revenue for the six-month period was in line with the prior comparative period despite trading conditions continuing to be impacted by the effects of Covid-19, including travel restrictions and lockdowns.

He said South Africa was also impacted by riots, a steel industry strike and a global shortage of semiconductors affecting the automotive sector.

Down to the numbers

The group disposed of Automation & Control Solutions (ACS) and the Infraset Effingham factory in the period, for a combined value of R89 million.

The revenue of the core business of the group, Moolmans and McConnell Dowell, increased by 6.7% to R11.2 billion from R10.5 billion and accounted for 86% of total group revenue in the reporting period, compared with 81% in the prior comparative period.

Flanagan said McConnell Dowell achieved an 18% growth in revenue to A$842 million, which represents the highest recorded half-year revenue in six years, despite Covid-19 challenges.

Operating earnings dropped by 23% to R215 million from R280 million.

Aveng attributed this decline largely to a once-off gain on project asset disposals in Moolmans in the prior period and depreciation and amortisation of R39 million in Trident Steel with no corresponding charge in the comparative period.

Normalised earnings improved by 12.3% to R82 million from R73 million.

Aveng said normalised earnings refers to earnings for the period excluding items that are either income or expenses which do not occur regularly as part of the normal operating activities of the company.

It added that the normalised earnings removes the effects of the IFRS 5 fair value adjustments in prior periods, the effects of reclassification of Trident Steel from held for sale, including the recognition of prior periods depreciation of R155 million, partially offset by a reversal of previously recognised impairments of R103 million, non-recurring impairments on property, plant and equipment and the gains or losses on the sale of non-core businesses.

Aveng generated a positive operating free cash flow of R490 million in the reporting period compared with R1.4 billion in the prior comparative period.

The group said cash generation was lower relative to the comparative period as a result of negative working capital movements of R201 million in Trident Steel, arising from the disruption associated with the steel industry strike and the global shortage of semiconductors.

Aveng said work in hand grew by 15% to R29.1 billion on the back of McConnell Dowell winning new work, particularly in Australia, partially offset by a decrease in the Moolmans work in hand because of contract terminations.

Macartney said Aveng has not invested significantly in yellow metal at Moolmans for some time and in the near term it certainly would be looking at reinvesting and using its capital for reinvestment and renewal of that yellow fleet.

“We would not be talking about dividends at this point in time,” he said.