Grinaker-LTA tells Num most of its projects are near completion.
By Nqobile Dludla, Reuters 1 Feb 2018  16:04 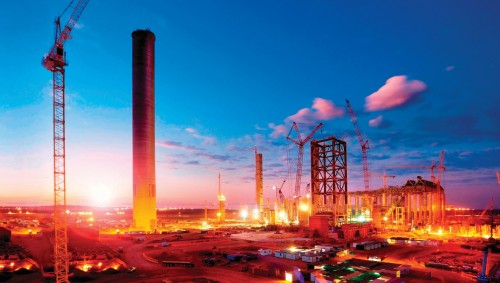 Aveng Grinaker-LTA has told Num that its pipeline of new construction had dried up. Picture: Supplied

South Africa’s National Union of Mineworkers (Num) said on Thursday it had received a notice that 2 863 workers would be laid off by a subsidiary of construction firm Aveng because most of its projects were about to be completed.

Job cuts are a thorny issue in South Africa where the unemployment rate is at a 14-year high of 27.7%.

The Num’s spokesman Livhuwani Mammburu said the union received the Section 189 notice from Aveng’s Grinaker-LTA unit, saying it planned the lay offs as most of its projects were near completion and its pipeline of new construction had dried up.

The Num urged Aveng Grinaker-LTA to avoid laying off the workers.

The loss-making firm announced a strategic and operational review in September aimed at improving liquidity and returning the business to profitability after the sudden resignation of chief executive Kobus Verster that month.

Aveng, which still doesn’t have a permanent CEO, said at the time it was looking to sell non-core assets, identify a Number of products to export to different markets in order to enhance profit, cut underperforming contracts, reorganise its production capacity and simplify the firm’s organisational structures.