AVI’s latest results reflect the reprioritising of spending by consumers in the wake of the Covid-19 crisis.

Though overall revenue was down 0.1% to R7.13 billion and operating profit dropped 2.6% to R1.41 billion for the six months to end December, an analysis of its different business areas cleared showed which of its operations were boosted by the pandemic and which were hurt buy it.

The group’s snacks and biscuits operation Snackworks benefitted from people sitting at home as a result of the various stages of lockdown. Revenue was up 5.4% to R2.36 billion and operating profit rose 3.6% to R506.7 million. The shift to more people working from could be seen in snacks revenue increasing 6.6%, mainly because of a 5.4% increase in sales volumes and higher selling prices.

Judging from the performance of its cosmetics and fragrances operation, Indigo, few were putting on makeup when attending virtual meetings. Revenue was down 6.6% to R642.1 million. It wasn’t all bad though, as a recovery in sales volumes in the second half of 2020 and cost cutting saw operating profit rise from R93.5 million to R109.7 million.

The performance of AVI’s tea, coffee and creamer operations was mixed over the period, with overall revenue down 0.7% to R1.95 billion and operating profit up 2.9% to R473 million. Teas and creamer benefitted from the lockdown but coffee suffered because of the group being a supplier to the hard-hit hospitality and leisure sector.

AVI’s fishing operations were not materially affected by the Covid-19 crisis but its access to key markets in the Far East was. This effectively meant it could not get its abalone into markets like Hong Kong, which were enforcing tight controls on the movement of imported seafood. Revenue rose 4.5% to R1.23 billion but operating profit decreased from R169 million to R125.9 million.

The ugly – Footwear and Apparel

The enforced closure of its Spitz, Green Cross and Gant chains saw revenue decrease 12% to R934.6 million and operating profit decrease from R247.4 million to R208.9 million. The big drop off in revenue was mostly as a result of a 13.7% decrease in footwear sales volumes.

Covid is not the whole story

In AVI’s results presentation, CEO Simon Crutchley noted that the group expected tough trading conditions to be around for a while. This is why it was focused on controlling cost across all its operations.

He for instance pointed out that it managed to cut selling and administrative costs 6.9% for the period.

Even so, in its results, the group notes that it has to fight smartly to remain profitable. 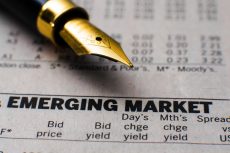