Investors have come to expect AVI to remain resilient and eke out growth even during tough times. The fast-moving consumer brands group pulled out all the stops to defend its market share by increasing selling prices for household items including tea, coffee, creamer, fish and biscuits.

The work to limit declining margins and sales volumes would continue to be AVI’s key function well into 2018, judging from the bearish outlook of CEO Simon Crutchley.

“It [trading conditions] may get worse in full year 2018. It depends on how the economy performs on a macroeconomic level and [the] willingness of consumers to spend,” Crutchley told analysts at the company’s results presentation for the year to June 2017.

AVI pulled in operating profit growth of 10.7% to R2.4 billion on the back of revenue growth of 8.2% to R13.2 billion. It reported a 9.4% increase in full-year headline earnings per share to R5.08 – in line with its recently stated guidance.

To protect margins, AVI increased the average selling price of tea, coffee, biscuits and personal care products by 21%, 12%, 11% and 7.5% respectively. It also hiked prices in the footwear and fish (its I&J business) categories. This resulted in the decrease of its operating profit margin – a key metric to measure profitability – to 43.7% in 2017 from 43.9% in the previous year.

Another green shoot for AVI’s margin recovery is the expected decline in food inflation due to falling commodity prices including maize, a key raw material for the company’s biscuit and other food products, said Wayne McCurrie, senior portfolio manager at Ashburton Investments.

“Some food producers bought maize in December last year on forward contracts. Those contracts are unwinding now and companies are buying at spot prices, which are significantly lower. Even AVI, it also has covers and this might push margins higher,” McCurrie told Moneyweb.

The spot price of white and yellow maize in December was about R4 100 and R3 200 per tonne respectively. Both commodities have dropped to the R1 900 per tonne levels. This benefit to AVI will likely have a three to six months’ lag effect.

Despite its woes, AVI maintained its sustainable dividend-payer status, with investors rewarded with a final dividend of R2.43 per share, taking the total to R4.05 – up 9.5% compared with last year.

AVI faces other serious problems in its I&J fishing business, and with apparel and footwear brands Spitz, Kurt Geiger and Green Cross.

The battles the I&J business is fighting include lower catch rates and uncertainty around government’s re-awarding of fishing rights by 2020. The business grew revenue by 8.8% to R2.4 billion and operating profit advanced by 17.6% to R389.1 million. AVI’s 2017 fishing rights reduced by 3 344 tonnes due to lower total allowable catch regulations and allocation of inshore rights.

Fishing rights are awarded by the Department of Agriculture, Forestry, and Fisheries for a period of 15 years. The department can reallocate the fishing rights to companies in the next three years at its discretion. “We don’t know what the fishing quota (or rights) will be for the calendar year 2018. We are hoping it would be more,” Crutchley said.

Another pressure point for AVI is sales volumes that remain under pressure for its Spitz, Kurt Geiger and Green Cross brands.

“These offerings are relatively upmarket products that depend on the discretionary income of consumers. With the uncertainty of income growth, it will be difficult for the footwear and apparel category to maintain growth,” said Ian Cruickshanks, chief economist at the Institute of Race Relations.

“I would be comfortable at a 16xPE for AVI. It is a good quality company and management run a good business but the P/E looks very high,” he said.

Not quite sure how one defends market share by increasing selling prices but maybe this is unique to South Africa! ‘For me the opportunity really is going to be in the raw material producers,’ says Gary Booysen from Rand Swiss. 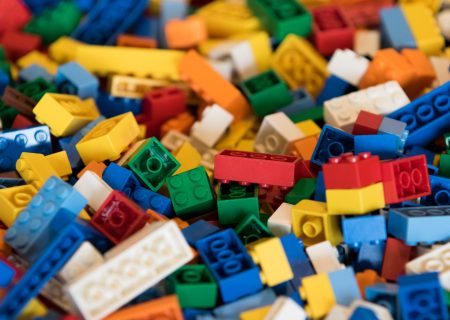