Group posts 11% increase in full-year revenue to February and hopes to continue securing sales in spite of virus.
By Suren Naidoo 19 May 2020  00:01 The Blyde in Pretoria – the first project by Balwin Properties to feature a Crystal Lagoon in South Africa. A larger lagoon development is now being planned for Waterfall. Image: Supplied

Ever the optimist, Balwin Properties CEO Steve Brookes is undeterred by the coronavirus-induced doom and gloom gripping most sectors of the South African economy.

Despite the initial lockdown bringing the residential property market to a virtual halt, with restrictions on trade and the deeds office closed for five weeks (to the end of April), Brookes says Balwin is still securing sales within its developments countrywide.

“Through online sales, we signed around 200 deals in April,” he tells Moneyweb. “While the Covid-19 lockdown has had an impact, it has not stopped our business. We moved online and are doing about 60% of the sales that we achieve during a normal month.” 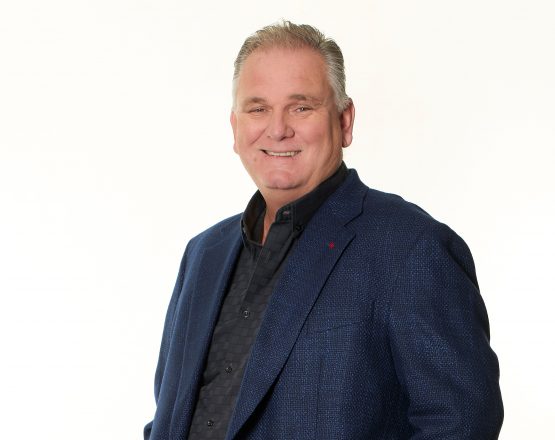 Brookes, the founder of South Africa’s largest sectional-title developer, was speaking to Moneyweb following the release of Balwin Properties’ full-year results to February 29, 2020, on Monday.

The group posted an 11% increase in revenue to R2.9 billion, compared with the prior financial year. This saw its share price rising 14% on the release of its latest results.

Despite local headwinds and the country going into a recession, Balwin sold 2 715 apartments within its developments countrywide, which was up by 278 units for the year. Its well-known residential developments include The Blyde in Pretoria, Polofields in Waterfall (Gauteng), Paardevlei Lifestyle Estate in Cape Town and the recently launched Munyaka mega development also in Waterfall.

SA’s poorer economic conditions, however, did eat into Balwin Properties’ operating profit, as the group invested more in marketing and increasing its staff complement to compete in the market. Operating profit for the year declined by 9%, from R630.1 million to R574 million.

Group financial director Jonathan Weltman points out that while expenses increased to R235.6 million, this was in line with market guidance. “This was largely as a result of the bolstering of staff at mid and top management level, as well as strategic marketing-related costs.”

Brookes says post year-end, the group has secured more than 800 newly-signed deals for its apartments, with 600 of these linked to the flagship new R9 billion Munyaka development.

“The launch of Munyaka in Waterfall resulted in Balwin breaking all sales records in March this year. We achieved over 807 sales for the month and around 600 were related to Munyaka, which will be home to the largest man-made lagoon in the southern hemisphere, featuring ‘Crystal Lagoons’ technology,” he adds.

According to Brookes, the over R1 billion sales boost in March, together with 200 online sales in April, puts the group in a good position to whether the Covid-19 storm. He says the group has not seen a significant increase in cancellation of sales since the Covid-19 lockdown, which kicked-in at the end of March.

“This highlights the strength of the Balwin brand and product offering in the market. The group sells on average 300 apartments a month, and now with our online sales, we are selling around 200 apartments a month even amid the lockdown restrictions. We have not seen a major drop off in sales.

“In response to the weak economy and consumer pressure, we’ve adapted our sales offering to include more one- and two-bedroom apartments. Demand for our green Edge-certified [Excellence in design for greater efficiencies] developments has exceeded our expectations by far,” he adds

Read: New development charges bill: What it could mean for property industry

He says the SA Reserve Bank’s two 100-basis point interest rate cuts make owning a home much more affordable and he expects the bank to make another rate cut this week.

Meanwhile, Balwin Properties has opted to retain its dividends for the second half of its 2019 financial year. This equates to around R70 million, according to Weltman.

He says that the group paid out 11.7 cents for its interim dividend late last year. Its total earnings per share for the full year came to 88 cents, but the decision to retain second half dividends is aimed at preserving cash considering Covid-19 uncertainty.

“Although Covid-19 will no doubt have an impact on the group, our cash position remains strong with R476.5 million cash on hand and low gearing of 27%,” adds Brookes.

“We are well positioned to negotiate through these uncertain times and have implemented several contingencies in partnership with our key suppliers and contractors to deal with any potential eventualities and ensure that any potential disruption to our supply chain is minimised,” he says.

“At 88 cents per share, earnings were slap in line with my guidance,” he notes.

Despite increased apartment sales contributing to the group’s higher revenue, Clark says earnings per share were affected by a combination of higher selling costs; a slight change to the mix of products being sold; and, discounting of excess inventory, particularly within the higher end Polofields development. Margins also came under pressure.

“The fact that they deferred the dividend is actually a good thing. Even though the [group’s] cash on hand improved year-on-year to R426 million, they needed to have comfort in [having more] cash on hand to keep the company going [in the face of Covid-19],” he adds.

This market has largely gone away frmit the next 4 to 5 years just on the affordability issue.

Then you add in the issues around Covid-19 and social distancing in cluster living and the proposition looks less appealing.

Integrity is key 7 months ago

How many of these sales were to related party interests?

Go back into earlier financial statements to see the inordinately high percentage of sales to related parties at discounted rates.

This company is more than likely underwater if correctly valued.

Also how much of the cash portion are returnable deposits in respect of cancelled contracts?

Buyers and banks are withdrawing from myriads of “agreed” sales not just from this company.

The share moving up strongly on tiny volumes needs looking into by the JSE.

Fingers will get burnt here.

Brilliant company. Brilliant Value! Brilliant lifestyle for residents. And the confidence to keep building South Africa! All praise for this CEO. You are Fantastic! May God bless you.