Bank takes a big bite out of Discovery’s profits

One of five new initiatives as group builds ‘the world’s largest and most sophisticated behavioural platform linked to financial services’.
Neesa Moodley  /  22 February 2019 00:03
29 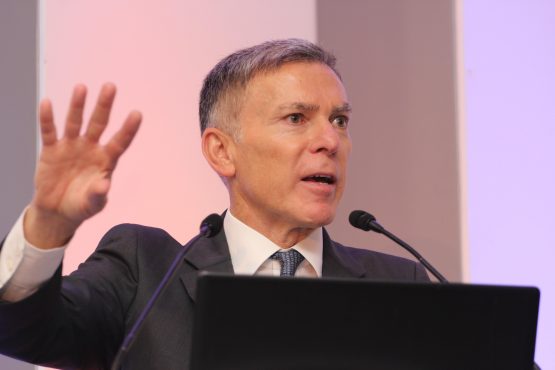 Discovery’s interim operating profit took a knock as the company invested in several new initiatives, including the long-awaited Discovery Bank scheduled for public rollout next month.

Commenting on the concept of Discovery Bank, Richard Hasson, co-head of Electus Fund Managers, said the integrated model and incentive structures linked to Discovery’s existing product set – with the dynamic interest rate based on behaviour – are extremely innovative and likely to be attractive to the group’s existing client base.

Speaking at the results presentation on Wednesday, Discovery Group CEO Adrian Gore said the six months to December 2018 showed the group had taken strides in its growth strategy across the different businesses. “Our business model now touches 21.6 million lives, has a presence in 19 countries, and we are investing in technology to pursue further growth in various industries as we build the world’s largest and most sophisticated behavioural platform linked to financial services,” he said.

As part of its growth plan in the period under review, the group spent 21% of its earnings in five new businesses:

Gore acknowledged the temporary decline in profits, saying: “We expected our planned and significant investments in new initiatives, most notably the investment in Discovery Bank, to create a reduction in group earnings. All businesses remain strongly positioned for growth and our responsive alteration of reinsurance structures will mitigate the effects of claims volatility in Discovery Life going forward for this business to regain target performance levels.”

Hasson noted that the 13% decline in profits in Discovery Life to R1.5 billion was mainly due to a spike in death claims in a few large cases. “Discovery has subsequently restructured its reinsurance agreements to reduce the risk of these abnormally large claims going forward so Life profits should rebound strongly going forward,” he said.

The group’s flagship Discovery Health offering posted positive results, with normalised operating profit increasing by 10% to R1.46 billion, and lives under management exceeding 3.5 million. The business continues to grow its market share, currently at 40%, in both the open and restricted medical scheme markets. Discovery Health Medical Scheme (DHMS) announced an average contribution increase of 9.36% for 2019, with average contributions now 16.6% lower than those of competitors on a plan-by-plan basis. The scheme achieved a total surplus of R814 million after investment income and year-end solvency of 27.3%, which is above the statutory requirement of 25%.

I’m sick and tired of racism. I’ve been with Discovery for 20years. But now that they pay benefits to customers based on the colour of their skin, I just had to move. And what a pleasure it is to be with Bonitas.

death and taxes 1 year ago

Discovery Bank is giving away shares to black clients as part of their BEE scheme.

Just going to use my excess savings from last year on something then cancelling, 10% increase in medical profits I see, so the 10% increase to my medical aid costs is a straight pass through to profits, nice.

@teamed209 – the operating profits of the medical aid remain in the fund reserves.

Woe to the poor misinformed souls. I have never known Afrikaners to be queuing for handouts – has something changed? Cancel your medical to your own detriment, and get something sub-par. You scream racism, but every bank has an empowerment mandate from the Reserve Bank for licensing requirements. This company just chose not to give it away to some fat cat (like darling Sanlam) but rather to the broader middle class – it was never yours for the taking whichever way you look at it. I bet you that wherever you bank, that institution is even more empowered than this. Don’t hate the player, hate the game.

JapieM, without an explanation this comment is meaningless. Please explain what is meant.

I am also tired of this. Will be changing over this month. Enough is enough. We are almost 30 years on… time for change!

Almsot 30 years? How bad is your arithmetic. We’ve just surpassed the 20 year mark, buddy… Nobody rounds a 4 up to a ten..

Two weeks ago I cancelled my Discovery credit card. For the same racial discrimination reasons that makes white people be at a disadvantage at Discovery as announced when the bank is listed on the JSE. Next will be a move from the Discovery Medical Aid to one of the other Medical aids. Again, the annual increase in rates exceed inflation, and then Vitality makes a huge profit but still increases the fees above the inflation rate. It took 10 days to get the account for my credit card closed, and yesterday I cut up the black card that was housed in my wallet for years.

Nice cost-cutting initiatives – getting rid of stuff that doesn’t add value to you and yours.

I vote for you to be the next SAA/Eskom CFO.

I’ve heard from more than one fund manager that Discovery inflate their figures.
I think their share price is going to start to come under pressure.

Heard a very interesting point of view how Discovery is becoming like Facebook they way they have info on every aspect of client’s lives-
insurance, health insurance (life style )banking (financial habits)
i had a discovery card and when i cancelled it discovery gave me the runaround- be careful handing your life over to smooth talking salesmen.

Its very true, the more products you have, the more information they have about you…and using standard AI/Data Mining algorithms, they will eventually be telling you how to live your life!??
Bottom line, dont use ANY of their products

excellent comment – this is the age of either selling your information or it being harvested by the likes of discovery.

I vote with my money. I am long Discovery.

Discovery is becoming a corporate Big Brother.Watching and monitoring everything you do. Not for me thank you.

So true, bank wise though where do you go to. I have been with standard bank for a long , long time and I wan to change them a year or so back because I hate that if I happen to need to call their customer service department, I am required to agree that they retrieve my private information from other external sources I never agreed to used as for security check.
They ask you if you have ever registered a company and when, different home loans or close to retail store cards you might have, the different cell phone companies who might have.
My private information has nothing to do with them and I hate it more for them to force me to confirm all this information before being assisted. Worse news for me them being in partnership with one Chinese company.
I than in 2019 tried to test ABSA to my surprise, the same authentication system is being used( this includes the initial IVR voice note)

I am confused by these comments. I am black and and feel as exploited by Discovery as anyone else here. I have no choice but to be with Discovery because of my employer. Corporates don’t discriminate who they make money off. Can someone explain why they think Discovery prefers fleecing white peoples?

If they make concessions to black people with political influence it is to fleece everyone more effectively in future.

Exactly, why do employers not let employees choose their own medical scheme. This company messed up the whole medical scheme setup since it started. a Medical scheme is supposed to be a non profit entity but these guys found a way to maximise profits, limit choice of medical schemes for employees when entering agreements with employers.

This endevour could be the start of their demise.

The reason for having an employer selected medical aid – not necessarily Discovery – is that when the medical aids acquire a large, exclusive, age diverse risk pool they generally waive underwriting for new members. This includes:

It has to do with Discovery’s new bank planning to give shares away to black customers. It upset certain activist groups.

Thanks DSS, much appreciated.

@Wendy Wobb, no they do not waive them anymore.. Literally no benefit derived from being forced by your employer to take on a medical aid. The benefit is for the employer..

Agreed…Wendy ‘Wobb’, sorry ‘Webb’, you obviously work – either directly or indirectly – for Discovery?
Nothing you say can divert attention that Discovery are paying R280 mill a year JUST FOR RENTAL of their Head Office?? They are making obscene profits for their MA Administrator!??