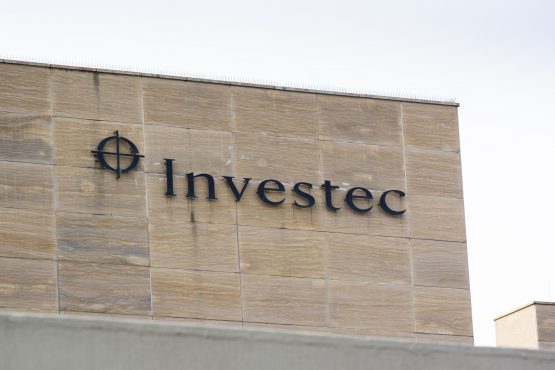 Investec, a bank that focuses on high net worth individuals in South Africa, is seeking to more than double its client base in the next three to four years, outpacing growth in a moribund economy.

The lender is aiming to boost the number of private clients to 200 000 from 90 000, Investec Bank Ltd. Chief Executive Officer Richard Wainwright said in an interview. The firm plans to look beyond chartered accountants, its traditional target, to woo new customers.

Investec, which is also listed and has operations in the UK, is focusing on accelerating growth after cutting costs, closing unprofitable offices from Australia to Ireland and spinning off its asset management business. That’s helped its shares become the best performing bank stock — with a market value exceeding $1 billion — in Africa and the Middle East in the past year. “Our strategy is driven by this total dedication to specialization, being niched and not being everything to everyone,” Investec Plc CEO Fani Titi said during the same interview in Johannesburg Monday. “You operate in select markets and where we do, we have to be excellent because we are not the biggest.”

The African nation has the world’s highest jobless rate among 82 countries and the euro zone monitored by Bloomberg. Its economy is forecast to expand 1.9% in 2022. That compares with 4.3% for the UK, 5.2% in China and 9.2% in India, underscoring why Investec expects the UK to be its growth engine.

“UK for us, overall, offers more growth opportunities, simply because the economy’s bigger and it’s growing faster,” Wainwright said. “South Africa has got its challenges at the macro level.”

The Investec executives will watch South African Finance Minister Enoch Godongwana’s budget proposals on Wednesday to see if he will take concrete decisions that may spur an acceleration in the nation’s economic growth.

“We need action, more than any new policy,” Titi said.