Market concerned Nene’s dismissal will lead to more than one credit downgrade and cost of funding for banks will skyrocket – Wayne McCurrie.
By Ryk van Niekerk 11 Dec 2015  10:49 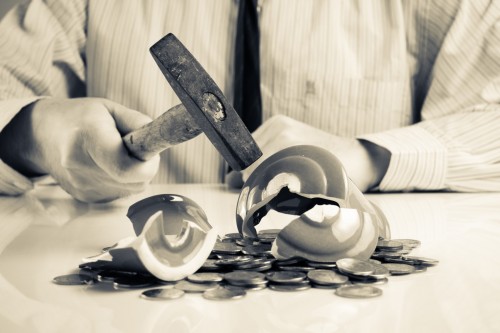 South African banks and other financial services groups are bearing the brunt of this significant selloff as investors seemingly flee to the sidelines, due to the uncertainty created by Nene’s dismissal.

Kokkie Kooyman, a financial specialist at Denker Capital, says the current price movements are extreme, although he doesn’t label it as panic selling. “Normally prices come back after such extreme drops, but it is evident that investors are getting out of the banking sector.”

He says the South African banking sector has been expensive relative to other emerging markets, due to the sound financial management within government.

“In the past the financial sector traded at a premium due to good corporate governance (at the National Treasury), but the totally irrational conduct of President Jacob Zuma has changed this and we are now trading at a discount due to sudden unpredictability. It is evident that investors are getting out of the banking sector.”

Kooyman adds that there is much uncertainty, as it is unclear what the new finance minister will do. “Next year will be a nightmare as the budget deficit will increase and we pay more towards interest. The economy will worsen even more due to higher interest rates.”

Wayne McCurrie, head of of Momentum Wealth, says the aggressive selloff in financial shares shows that the market is very worried that Nene’s dismissal will lead to more than one credit downgrade, and that this in turn will cause the cost of funding for banks to skyrocket.

“The market is saying that the prospects for the banking sector today are as bad, if not worse, than the prospects were at the height of the financial crisis. There might be an actual liquidity crisis going forward in the market and [there are concerns] that they may not be able to raise money in the short- to medium term at anything approaching a reasonable funding rate, which is something we have never seen before. This is now reflecting in the share prices.”

The country is well and truly finished. Now all you people who think zuma is going after two terms better think again. He is not finished. He will take your farm your house your buildings your bank balance and he will stop transfers of loot out of SA. Your tax and VAT will rocket, and the country will be plagued by civil war. And if you think this is far fetched then I feel very sorry for you.

So true – its the civil unrest that s going to be the worst – it will just go on and on and on. Of course with no money to pay the army or police – people will take things into their own hands leading to even further blood shed