An initial step in Barclays’ strategy to sell down its stake in Barclays Africa – analyst.
By Renee Bonorchis, Bloomberg 5 May 2016  09:47 Barclays Plc said it sold about one-fifth of its stake in Barclays Africa Group for about R13.1 billion ($879 million) as part of chief executive officer Jes Staley’s plan to overhaul the British lender.

The bank sold 12.2% of shares to money managers, leaving it with a holding of 50.1%, it said in a statement on Thursday. The shares were bought for R126 each, a discount of about 11% to the average price over the past 30 days, according to data compiled by Bloomberg. The sale is expected to increase Barclays’s common equity Tier 1 ratio, a measure of financial strength, by about 10 basis points.

“This represents an initial step towards delivering management’s previously stated strategy to sell down its stake in Barclays Africa Group to a level that will permit regulatory de-consolidation over the next two to three years,” Gary Greenwood, an analyst at Shore Capital Group, who rates Barclays a buy at 162 pence, said in a note. Barclays will only be able to reap significant capital benefits from the process once its stake drops below 20%, he said.

Staley, who took over last year, announced on March 1 the bank was retreating from Africa with other measures to raise cash, shrink globally and lighten its capital burden. Barclays Africa is South Africa’s third-largest bank and has operations in 12 nations across the continent, with more than 12 million customers. While it continues to grow and has produced both increased profit and dividends, European and UK banking regulations have eroded the parent company’s ability to benefit from the expansion.

Barclays sold 40% of the shares to investors in South Africa and international money managers took up the rest, two people familiar with the matter said, asking not to be identified because the deal hasn’t settled yet. The accelerated book build was oversubscribed and the shares went to well-known institutions, according to the people. Hedge funds also received some of the shares, they said. Barclays declined to comment.

There were more than 125 investors interested in the shares and the buyers were a mix of South African and global institutions, Barclays Africa said, without disclosing names. The top 25 investors were allocated about 90% of the offering and some of the investors are new to Barclays Africa, it said. Others, such as The Public Investment Corporation, Africa’s biggest money manager, are existing shareholders, the bank said.

One of the parties that’s expressed an interest in the African business is former Barclays CEO Bob Diamond, who is readying a bid via a consortium of investors including US private-equity giant Carlyle Group. Diamond would combine the business with his African-banking company Atlas Mara.

South Africa raised doubts over Diamond’s potential offer for a stake in Barclays Africa when the central bank said on Tuesday that private-equity bidders for the country’s third-largest lender would face opposition from regulators.

“The quick and easy sell down of the 12.2% stake to allow Barclays Plc to deconsolidate Barclays Africa makes a long-shot bid for the controlling stake in Barclays Africa now look quite remote,” said Andre Steyn, the founder of Cape Town-based Steyn Capital Management, which has $564 million in assets. “Given the ride investors have had in Atlas Mara, it seems quite insensitive to bid for another African banking asset in an unrelated investment vehicle.”

Atlas Mara gained 5% to 5.01 pence in London on Thursday, rising for the fourth day to its highest level since March 9 and paring losses over the past 12 months to 28%.

It’s not likely that Diamond would be able to buy what remains of Barclays Africa, said Brad Preston, chief investment officer at Mergence Investment Managers, which has R20 billion of assets.

“The Sarb would want a long-term, financially strong holder and I’m not sure the Bob Diamond consortium qualifies,” he said in an emailed response to questions. “Having said that, it is interesting that Barclays sold down to 50.1%, retaining control and avoiding an accounting deconsolidation. This could suggest that they want to keep the option of selling a controlling stake open.” Trumping a bid from iron ore billionaire Andrew Forrest and securing the support of the Canadian nickel miner’s board. 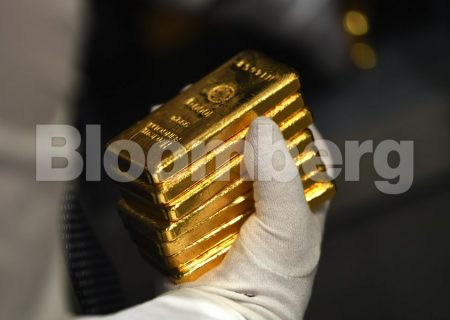