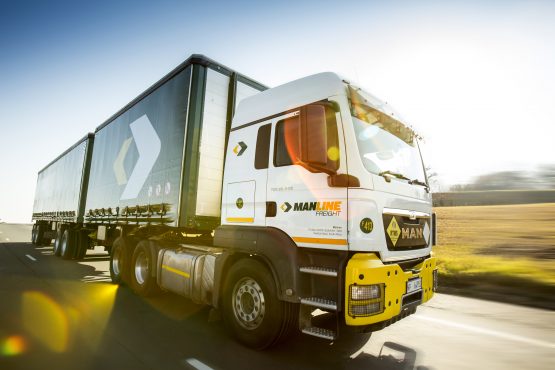 The Competition Tribunal has given the logistics transaction the green light. Image: Supplied

Barloworld anticipates disposing of its logistics division by the end of this year as its progresses with its strategy to reposition the company as an industrial processing, distribution, and services group.

Barloworld Group CEO Dominic Sewela on Monday also confirmed that all the substantive conditions for the sale of the group’s motor retail business have been met earlier than anticipated.

Sewela said the Competition Tribunal gave the green light on Friday and this transaction will close in June as anticipated but declined to comment on the number of potential buyers who have expressed interest in the logistics business.

Barloworld in January announced the proposed sale of its motor retail business to NMI Durban South Motors (NMI-DSM), a joint venture of the Barloworld Group in which Barloworld holds a 50% interest alongside the Akoo family, for an estimated R947.26 million.

Following the proposed disposal, Barloworld’s entire motor retail interests will be housed within NMI-DSM, with Barloworld retaining its 50% interest in NMI-DSM.

The group reported at the time the disposal is “in contemplation of the Barloworld Group’s exit from the motor retail business”.

Sewela further confirmed on Monday that Barloworld management is pivoting the business to a more simplified business and plans to exit the Avis Rent A Car and Avis Leasing business in the medium term.

“Over the next 18 to 24 months, once we are more certain about the impact of Covid-19, we will look at various options of how best we unlock value to shareholders in terms of this business,” he said.

However, Sewela stressed that international travel will be critical to the turnaround of the car rental and leasing business and it will not make sense in the short term to look at selling this business.

“Once the vaccination rollouts have gone through as well as looking at travel coming back, particularly on the tourism side, only then will we be able to know what is the best pathway in terms of extracting value for this business,” he said.

“By combining car rental and leasing you have got a better offering, particularly in this period of Covid-19.

“Our view is that at a point in time, whatever decision we take, it will be a combined. We won’t split car rental and leasing,” he said.

Barloworld in February 2020 announced the acquisition of the Tongaat Hulett Starch Division, now renamed Ingrain South Africa, for R5.35 billion and in September 2020 closed the R2.84 billion acquisition of Wagner Asia Equipment in Mongolia as part of an expansion of its Russian equipment business.

Sewela said the focus of Barloworld’s future acquisitive growth plans will be mainly in consumer industries where it will be looking at bolt-on acquisitions to Ingrain while in the equipment distribution business it will be more around services that are adjacent to this business.

But Sewela said they are currently focusing on bedding down the two recent acquisitions and the disposal of the automotive and logistics business.

“I’m not really looking at making any acquisitions in the next 18 months,” he said.

Sewela said the group’s financial performance in the six months to end-March 2021 had been bolstered by better-than-expected performances from Ingrain and Equipment Mongolia, the swift implementation of austerity measures aimed at cash preservation, maintaining a focused balance sheet management strategy and focused working capital management.

“While there remains macroeconomic uncertainty, the actions we have taken over the last two years have positioned Barloworld to adapt and grow through the cycles,” he said.

Barloworld group finance director Nopasika Lila said it is important to take into account the restatements, which were necessary because Avis Fleet in the prior year was included as a discontinued operation but is now a continuing operation while motor retail and logistics in the current reporting period are recognised as discontinued operations but were continuing operations in the prior period.

Group headline earnings per share rocketed by 424% to 367c from 70c in the period.

An ordinary interim dividend per share of 137c and a special dividend of 200c per share was declared.

Lila said the dividends declared were on the back of the good performance of the business and the cash the business has in its balance sheet but the intention is to fund the special dividend from the proceeds the group will receive from the sale of motor retail business.

An analyst, who did not want to be named, was critical of the restatement of the prior year’s interim financial results because it is confusing.

The analyst also questioned why Barloworld classified businesses it planned to sell as discontinued operations before it had received a firm bid.

“Barloworld has an intention to sell the logistics business but that is not a discontinued business. It’s Barloworld’s liability and obligation until it finds a buyer that can put up the money and consummate the transaction,” he said.

The analyst added that South African maize prices, which historically have always traded at a premium to international maize prices, were “quite supportive” of Ingrain’s margins in the short term and “could be a little bit of a vulnerability going forward”.

“I think it’s a little bit early to pronounce the wonderful success that they have had there,” he said.

Now this a perfect example of were Executives destroyed value over the last 10 years. So sad – they all should be fired!