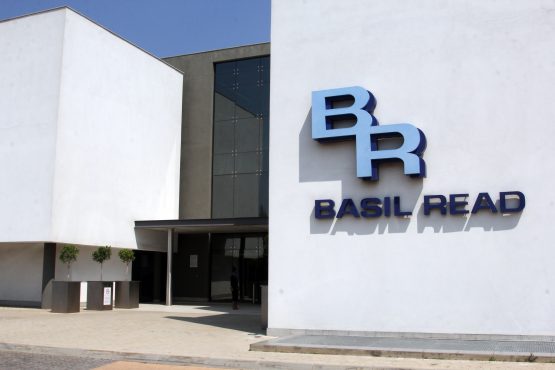 The group has reduced its post-commencement funding from almost R300m to about R160m, learnt some hard lessons, and is confident going forward. Image: Moneyweb

Basil Read CEO Khathutshelo ‘K2’ Mapasa is hopeful the listed construction group will be able to participate in the government’s massive infrastructure investment plan but doubts the company will be able to come out of business rescue by the end of this year.

“I underestimated the impact of Covid-19 and the delays in resolving some of the claims,” he said.

Basil Read Limited was placed under voluntary business rescue on June 15 2018 after, in March of that year, reporting a net loss after tax of R1 billion for its 2017 financial year.

The group’s construction subsidiary is the only business that was placed in business rescue and its mining services and development have continued to operate as before.

Mapasa said Basil Read first needs to pay back the post-commencement finance it obtained when it went into business rescue and also concurrent creditors before considering coming out of business rescue.

He said the post-commencement financing has already been reduced from almost R300 million to about R160 million while the aggregate contingent liability in the form of performance and retention guarantees has been reduced by a further R158 million in the past three months to R154 million from R1.1 billion at the beginning of the business rescue proceedings.

“We have R529 million in claims that we are pursuing. If we are successful with a portion of that we will be able to repay the post-commencement finance fairly easily and should have surplus [funds available] to pay concurrent creditors,” he said.

He added that the group needs to have a conversation with creditors about how long the construction business is kept in business rescue because of the need to balance the obligation to repay creditors with participating in the government’s infrastructure investment plan.

“Do we need to wait until we have paid back everything or can we agree on some financial structure that will result in creditors being paid out of the trading entity?” he asked.

Long-term game … and end of the famine?

He said the industry had an infrastructure expenditure famine but quite a lot will have to be spent on infrastructure for a decade if the government wants to revive the economy.

“I think the opportunities will be there if we are back [from business rescue] tomorrow or next year or the year thereafter. The biggest thing for us is to be very selective in the projects and only be involved in those projects where we have the skills and confidence to be able to execute them profitably and safely.”

Mapasa highlighted that the biggest danger to Basil Read in regard to the infrastructure investment plan is repeating the mistakes that almost led to the death of the company and ended up with the company in business rescue.

“I’d rather miss out on the rush and be ready to secure them [contracts] at the right margins,” he said.

“In the past we sometimes even had zero percent margins just to retain our capacity – all our staff and equipment for which we needed to find work.

“The entire industry forgot about thinking about their own shareholders and their own margins so, if anything goes wrong with that particular contract, you are at least able to absorb some of the shocks,” he said.

An analyst who did not want to be named previously told Moneyweb that it will be difficult to revive Basil Read because its name and reputation has been tarnished by going into business rescue.

The analyst doubted that Basil Read would be able to find a bank or guarantor to back the company while clients are likely to be wary of contractors who were in business rescue and do not have strong balance sheets.

He is “fairly confident” Basil Read will receive support from lenders when the company once again starts bidding for new work and opportunities because it now has a track record of being able to get through a very difficult period of financial distress.

The light at the end of the pipeline

It was awarded to Basil Read by the Trans Caledon Tunnel Authority in February 2012 and was scheduled to be completed by December 2014.

Basil Read made a loss of more than R700 million on this project, he said.

“I can say without fear of contradiction this contract has been a disaster for Basil Read. The biggest problem was that it suffered a lot of delays.

“Imagine 40km of pipeline and getting servitudes, going through people’s property and getting permission for that.

“There were a lot of delays in getting access to sites, there was community disruption [service delivery protests] and municipalities that are not so strong.

“All of those things impacted on the project so there are a lot of lessons to be learned here about how not to do a project,” he said.

Mapasa said both these contracts will be completed by the end of this year.

Nothing left of this company.

So what has been rescued?

My friend had to leave SA because his company could not take the R40m knock that Basil Read owed them…
You don’t deserve to be rescued!

Contrast and Reality 12 months ago

For contractors this business rescue thing is licence to screw subcontractors and suppliers. Who priced that tender the ? on 1.13 Billion you loose 700 Million and take 4x longer to finish.
Are 700 Mil for late completion penalties or time extra time related P&G ?