Power utility believed to have overpaid contractors at Kusile by almost R4bn.
By Roy Cokayne 13 Jul 2020  12:00 ‘Eskom mismanaged both Medupi and Kusile, and this is why there are contractual claims.’ Image: Moneyweb

The overpayment forms part of the almost R4 billion alleged overpayment by Eskom to various contractors at Kusile Power Station.

An Eskom briefing document dated June 10, which was compiled in response to a query raised by the chair of the Parliamentary Standing Committee on Appropriations, said investigations by the Special Investigations Unit (SIU), Bowman Gilfillan and Eskom into these overpayments to contractors at Kusile is ongoing.

Mapasa said Basil Read sold its 50% stake in the SSBR joint venture effective from September 1 2017, had to obtain Eskom’s consent for this transaction, and was given indemnity in a full and final settlement agreement “for whatever claims that can come up historically or in the future”.

He further claimed that Eskom and Minister of Public Enterprises Pravin Gordhan are “playing a bit of politics and semantics” about this matter and denied there was anything irregular about the additional payments made to the SSBR joint venture related to the ‘Package 16’ (miscellaneous buildings) contract.

“It sounds nice to say you have overpaid a contractor by R1 billion or whatever the number is, but the fact of the matter and reality is that Eskom mismanaged both Medupi and Kusile and this is why there are contractual claims,” said Mapasa.

“These [Package 16] buildings were supposed to be built in a certain sequence but when we started doing the building, certain sites were not available so hence the projects were delayed and resulted in extended time.

“This is not the same as the Guptas actually stealing money,” he said. 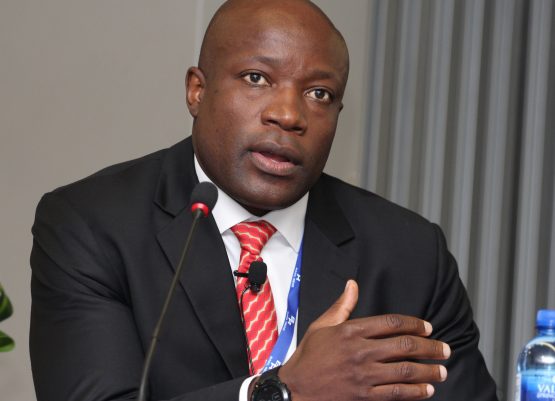 Package 16 comprised 81 buildings at Kusile, including the unit auxiliary bays.

The briefing document, commenting on the circumstances that led to the overpayment, said the joint venture put in claims for additional ‘preliminaries and general’ (P&G) due to prolongation and stacking and working in multiple areas at the same time.

The document said these claims were not substantiated as required by the contract and that Eskom’s representative and contracts manager made interim payments to the contractor between 2015 to 2018 without the requisite substantiation.

It said this was done on the basis that they would conclude an overall “settlement agreement” but stressed there was no consistency or verification of the actual P&Gs being paid on a monthly basis.

The monthly payments, according to the document, varied between R15 million and R50 million a month but no settlement agreement was reached.

It said the new project director in early 2018 stopped the interim payments that were being made and referred the non-payment to the dispute adjudication board (DAB).

“Eskom successfully defended this adjudication and is now in mutually agreed discussions with SSBR and the standing DAB about the process to determine the actual claim entitlement.

“During the execution of the contract, certain compensation events (CEs) were agreed and paid without the final measurements being done. The contractor has also submitted various other deemed accepted CEs claiming that the work was done and needs to be paid for at the contractor’s CE values. These disputes are currently in adjudication.”

Mapasa stressed that Eskom, in its own version, is not denying that the SSBR joint venture has a claim against the power utility.

“Then it’s just determining the quantum of the claim,” he said. “That is why I’m saying there is a bit of politics being played here.

“They give the impression there is a R1 billion overpayment but are not going to recover that money – but in reality [they] are going to overpay [in terms of the contract value],” he said.

Mapasa admitted he was a “little disturbed” by the way Eskom is communicating on this issue because if there was something irregular or untoward about this contract, Eskom needed to recover that money, which it’s not.

Stefanutti Stocks also weighed in on the issue, stating emphatically that the company disputes that it or the joint ventures in which it participates have been overpaid by Eskom.

The company said payments made by Eskom to SSBR on Package 16 between 2015 and 2018 were “all made consequent to certificates issued by the independent engineer”.

“During that period, representatives of the engineer and Eskom carried out audits of the SSBR JV records and the payment certificates were issued after they had satisfied themselves that the costs claimed were actually and validly incurred in the construction at Kusile,” it said.

Stefanutti Stocks further claimed the joint venture is owed additional amounts for work done since December 2018 and for which payments have been withheld.

It said the joint venture and Eskom have both committed to a claims resolution process, which involves the employment of independent experts to evaluate the causes of delay and the quantum of the claim. “This process remains ongoing,” it said.

Mapasa told Moneyweb last month that he foresees Basil Read resurrecting itself from the dust, turmoil and uncertainty of its current business rescue process and returning to its former glory.

Basil Read Limited was placed under voluntary business rescue on June 15 2018 after, in March that year, reporting a net loss after tax of R1 billion for its 2017 financial year.

Mapasa said last week the rationale for Basil Read selling its stake in SSBR was that the company was “losing money hands down” on the project.

He said Basil Read doubted projections that the joint venture partners were potentially going to make a profit into the future.

“Stefanutti Stocks were much more optimistic about the claims being resolved and we decided to take a payment of some R35 million, which was in lieu of our P&G losses that we had suffered the previous year,” he said.

Mapasa confirmed that Basil Read is now not involved in any way with the Package 16 contract and claims process, and that the company’s name has been mentioned in recent days merely because the contract was originally awarded to the joint venture.

The Eskom briefing document said the investigation into Package 16 is ongoing.

The Stefanutti Stocks Izazi joint venture was awarded Package 28 – for the construction of site finishes, including roads, paving and landscaping – at Kusile.

It said the Eskom staff involved with this investigation have resigned from Eskom and the contracts are currently under investigation by the SIU.

The document said the SIU referred evidence in support of criminal charges against 11 role players involved in Package 28 to the National Prosecuting Authority in June 2020.

Read: Most Eskom ‘solutions’ have a fatal flaw

“The SIU is considering the institution of civil proceedings and has requested the appointment of experts to assist in the quantification of losses incurred by Eskom,” it said.

Trading in Basil Read shares was suspended in June 2018. Shares in Stefanutti Stocks declined by 11.76% on Friday to close at 30c.

…. mmmm….. your company is worth nothing…. I also would not lose sleep to invest in your company.

Mr CEO, you lie. What about reputation damage you currently suffering.

What about the wife (Mosima Koko) of former Eskom executive Matshela Koko who received millions of rands via a company awarded contracts by the power utility?

“It was channelled through Eskom service provider Impulse International, where Mosima’s 27-year-old daughter, Koketso Choma, was a nonexecutive director. The Sunday Times reported last March that Impulse raked in contracts worth about R1-billion from Eskom after Choma joined the company on April 1 2016.”