Chemical giant will incur an additional $1bn cost, and analysts want directors to be held accountable.
By Ray Mahlaka 23 May 2019  00:53 The revised Lake Charles cost of up to R185bn is about 78% of Sasol’s market cap (R238bn at time of writing). Picture: Derick Hingle, Bloomberg

Sasol’s bold leap into the US through its Lake Charles Chemicals Project is facing more cost blowouts, with management revising the project’s budget upwards for the third time since 2014.

The southern Louisiana Lake Charles Chemicals Project will incur an additional $1 billion – bringing the project’s cost to between $12.6 billion and $12.9 billion. The latest revision to the budget is much pricier than the initial $8.9 billion shareholders expected when the project started in October 2014.

The steep budget increase is making analysts and shareholders back in SA unhappy as they were already nervous about the giant scale of the project, which is expected to triple Sasol’s chemical production in the US.

Shareholder activist Theo Botha insists that Sasol directors – including joint CEOs Bongani Nqwababa and Steve Cornell – should “take responsibility and fall on their sword” for the Lake Charles cost overruns because they were both part of Sasol when their predecessor David Constable launched the ambitious project.

“Sasol directors cannot continue to rack up [the] costs of Lake Charles and continue to be awarded bonuses. Shareholders should ask for a total clawback of bonuses especially when Sasol directors do not meet their key performance indicators,” Botha told Moneyweb.

He wants Sasol to put the latest $1 billion cost overrun to a shareholder vote for approval – something he says was not done with previous cost increases.

“Since 2014, I have been asking Sasol to implement a structure for shareholders to approve these cost overruns. There aren’t enough checks and balances to hold companies like Sasol [to account] when big projects fail.”

The cost overruns, Botha added, have impacted shareholders’ internal rate of return. Underscoring this is that the revised Lake Charles cost of up to $12.9 billion (R185 billion) is about 78% of Sasol’s market capitalisation (R238 billion at the time of writing).

It’s a huge gamble for Sasol, given that the price tag for Lake Charles is also roughly six times its R30.5 billion operating profit for 2018.

The revised Lake Charles cost includes a $300 million contingency, which one analyst said was “adequate” to complete the project without further cost increases. But the key risk remains labour productivity and management of the construction schedules, the analyst added.

Sasol previously blamed cost overruns on several factors, including extreme weather events – which are arguably out of its control – such as hurricanes that made landfall on the US Gulf Coast, which put the skids on Lake Charles’s productivity levels.

This time, Sasol attributed cost overruns to lack of oversight and control of the project, factors that were within the company’s power.

A review of the project indicated that it faced oversights such as overlooked contracts, procurement back charges, adjustments for potential insurance claims, and repairs that needed to be done.

“We are extremely disappointed with the increase in the project’s capital costs,” said Nqwababa. “We take accountability and we are confident that the revised plan will be delivered.”

Lake Charles, like Eskom, is too big to fail. It comprises an ethane cracker plus a downstream chemical plant that will generate ethylene at a rate of 1.5 million tons per year. The project, which at the end of March 2019 was 96% completed, is expected to boost the portion of chemicals in Sasol’s sales mix to 70%.

Nqwababa said Sasol’s balance sheet is “robust enough” to absorb the Lake Charles cost increases and that the company “remains confident in the outlook for the project”.

Nqwababa’s hubris is based on Sasol’s capital allocation strategy, which includes the reduction of its balance sheet gearing towards 30% (compared with 48.9% during the six months to December 2018). It also plans to sell assets worth more than $1 billion across its portfolio to reduce its debt load.

Cornell didn’t elaborate on which specific assets will be up for sale, only reiterating that Sasol will restrict its capital allocation to exploration opportunities in Mozambique and selected West African countries and cease further investments in greenfields gas-to-liquids plants.

Sasol and its directors are still behaving like a South African SOE – untouchable and unaccountable.

I maybe totally wrong, but to me this almost sounds like the beginning of disaster at sasol similar to the eskom mess up and the starting of a list of different excuses every time things are going the wrong way.

how was the lake charles project cost calculated – any variances and escalating costs built into the planning phase and budget thereof???

if you have to sell sasol “assets” or is it probably “dead non- productive assets” to reduce your debt load – doesn’t matter which type of asset, in both cases it indicates wrong / bad management decisions were made for buying it in the first place.

also keep in mind: what is a large company / organisation in sa /africa is small fry in the usa.

“We take accountability and we are confident that the revised plan will be delivered.” (as quoted above).
How many times must the plans or projections be changed?!
Taking accountabilty implies (amongst other things) being fired and paying back the excessive bonusses, which were paid out to executives and other senior staff. Even Constable should be brought to book.

Another Eskom in the making.

Awarding bonuses without achieving KPIs seems to be a South African tradition.

“lack of oversight and control of the project” – now then, if these fundamentals and bare necessities for a project were lacking, what did they do then to manage the project? “overlooked contracts” – hu?

Let me guess: all the project management little tickboxes were ticked, but nobody really watched or understood what was really going on. It is after all a USA project, where they know everything about projects, have all kinds of associations and institutions with interesting acronyms, and acronyms galore for forms, methods, procedures – yet mega-projects fail one after the other. Common sense, true experience and skills have been replaced by procedures, forms and tickbox management. OK, I wasn’t there, can’t really know what went wrong. But witnessing this growing incompetence and failure while all the boxes were ticked regularly.

And agree that “lack of oversight” means directors failed.

Please fact check before making uninformed comments like this. Quota has nothing to do with it.

Bonusses were paid out to under performers for mediocre performances.

Is this the same SASOL management that recently excluded white employees from a staff share scheme?
Seems to me that was bad carma.

Both CEOs must go-simply incapable. And ( for once) our dear analysts are saying something. Probably because they were too inept to see this project as the colossal risk that it is . Its simply too big for a 3rd tier US engineer and local bookeeper to manage!

Incapable and incompetent. Bet Cowboy Constable to. Bet he had a major say in this project in the first place.

One should never believe the assertion “Too big to fail.”
Remember Enron, Anderson & Co., many others.
Even entire stock markets do crash.

“The project, which at the end of March 2019 was 96% completed… ”
If you have been in project management long enough, you’ll know that when the project gets to 90-99% complete is when the wheels come off and all the previous short-cuts are exposed.

“Sasol attributed cost overruns to lack of oversight and control of the project” – one wonders to what extent this is also a euphemism for corruption in the management of contracts on this project.

Maybe, maybe not corruption involved, but corruption not required to nevertheless run into major problems when project controls fail. My guess for this one after some more reading on the Sasol website and some others, is that the reporting graphs were beautiful, the project jargon jingled, the Houston style statistics performed, BUT as Mile Compton points out, now that it the project moves into the last 10% and there are no more buffers within which to hide, the truth reveals itself. Not all projects goes like this, but many do.

It can be summed up with one word. FLUOR. They do this all over the world and I wont be surprised if there is some participation at board level.

Where are the fund managers like the PIC, Alan Gray, Sanlam and Old Mutual that should have looked after shareholders interests?

I’m like a stuck record on SASOL because no one will unstick me and prove me wrong. My guess is that SASOL’s business is totally dependent on its monopoly and subsidisation in SA. Forays outside are vanity projects that have minimal merit or return. Set to be back in the skies by December 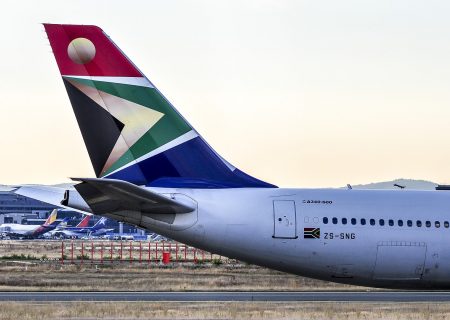