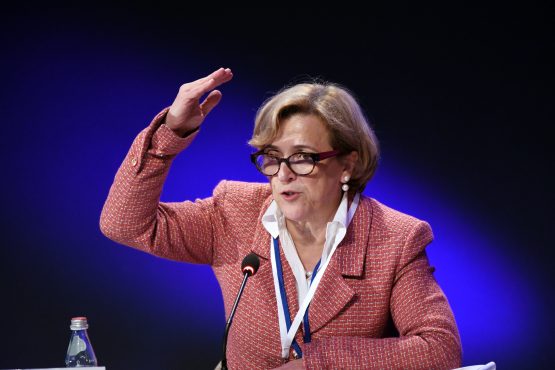 Editor’s note: A previous version of this article incorrectly attributed long-term incentive awards made to Barclays Africa Group directors to their 2017 remuneration. These are based on performance over the coming three years and will be included in single-figure disclosure for each year as they vest.

FirstRand CEO Johan Burger, who retired on March 31 2018, was paid a total of R53.89 million in the year to June 30 2017. This included R18 million in long-term incentives awarded during the year.

FirstRand uses a different methodology from the other four banks (Barclays Africa Group, Standard Bank, Nedbank Group, Capitec Bank). It discloses the value of long-term incentives awarded during the year, versus the other four which disclose the awards which vested in 2017. Investec is deliberately excluded from this comparison as remuneration is in pounds, which skews it dramatically (after conversion).

Remuneration is disclosed for executive directors and (what banks define as) prescribed officers.

When considering short-term incentives (whether cash or deferred), seven of the 27 executive directors and prescribed officers at the big five were paid R20 million or more in the most recent financial year. It is no surprise that these seven, plus Ramos and Hodnett, are the nine best-paid executives when looking onlyat guaranteed pay plus short-term incentives.

5 This figure includes all deferred remuneration, which comprises the value of the restricted share awards made as well as deferred STI payments. These are not disclosed separately.

The best paid CFO or financial director is Capitec’s André du Plessis, but this is skewed by the R30 million in long-term incentives which will vest this year based on performance in the 2018 financial year.

The best-paid prescribed officer is Peter Schlebusch, the chief executive for personal and business banking at Standard Bank, who stepped down on March 31. He was paid R44 million, of which R27 million comprised short-term incentives (R14.85 million is share-linked and deferred).

All four executives running corporate and investment banking divisions earn over R30 million a year (this double counts David Munro and Kenny Fihla at Standard Bank as both headed CIB in 2017). Barclays Africa’s CIB unit continues under co-chief executives, Temi Ofong and Mike Harvey, who are not on the executive committee (Exco) and report directly to Ramos.

He owns shares in FirstRand, first purchased in July 2011.

So now let’s have these obscenely paid individuals explain what they actually do to earn the money. I have yet to meet ANY exec / director that warranted the kind of money these people at the top earn, so how about interviewing them and asking how they justify the money – ESPECIALLY in South Africa. I’ll guarantee they’ll all duck that question.

I worked for one of the worlds biggest games companies (EA) in the UK. One of the execs (they had a few) was ‘re-assigned’ (shuffled) to oversee our department ‘IT’ (for the whole of Europe). Basically they didn’t want to fire one of their own.

He appeared to lack any sort of technical, management skills or even understand our products (games). I struggled to see what value he could add to the company in any function.

But what he did have was an ability to maintain relationships within the old boys club at the firm. Which he spent a large amount of his day doing.

Oh, it’s a competitive remuneration , you know. Everybody else gets it and so should I.

Two thoughts crossed my mind……..a short journey for both.

2) have any of them ever run started and run a business of their own? Or do they need the protection of an established set up?

PWGG – maybe you should do your research on Capitec, when they were founded and who founded the bank before you make ill-advised and ridiculously stupid comments like that. So to answer your question, yes, some of them HAVE started and run the business of their own.

The other big 4 where all running when these high earners came on the scene.

Capitec origins is actually (feel free to do proper research) loan shark offices in small town downtown districts feeding on the poorest of the poor – a far cry from the fountained ivory tower HO these hired help occupy at R200,000 per day salary.

Feel free to invest where you want, feed the machine, my money is elsewhere and unaffected.

I have NEVER (it has been a long time) met any corporate hired help except at the old SAB, that I would employ in any position in a startup.

I agree in principle but on your maths, I have a small query.

Think how many people’s annual fees goes into paying just one of these people!

not to mention other fees like for instance renunciation penalty fees…..skelm bliksems

Ag please Hilton! My views:
‘’Investec is deliberately excluded from this comparison as remuneration is in pounds, which skews it dramatically (after conversion)’’
….it’s called an exchange rate…that is what you use to convert, in this case ’from BGO to ZAR, and if you are implying that there is a big ‘’skew to the exchange rate sir, its bollocks.
It’s quite easy mate the GBP/ZAR exchange rate last year this time was 17.55 ZAR to 1 GBP, and currently 17.30 ZAR to 1 GBP.
Methinks the story is really in the telling here…just go back in your archives and you’ll find that Moneyweb did report on the ‘’Benoni boytjie’s’’ package in the past, .and that he was the ‘’top dog’’!
By now its common knowledge that the Investec top dogs must have got paid fat bonuses over time on the JCI/Randgold theft that took place, since 2004. Public records will show that JCI raised R 270 million from Investec London (IBUK) by ‘’lending’’ the 5, 46 million stolen shares (that JCI had stolen from Randgold Resources), to IBUK.
KPMG, the now infamous (internal and external auditor), to all these involved parties, walked into this hornets’ nest, and instead of reporting these debilitating theft to the authorities, allowed its greed for fees at the cost of a defenceless audit client, Randgold.

Not really – much of the argument underpinning these remuneration levels centres on the suggestion that the packages need to be internationally competitive, lest these people take their mobile and scarce skills abroad at the drop of a hat. It’s the only way the remuneration committee members could sleep at night….

Oh really Hilton!
Disingenuous? Remuneration skewed? (So typical of a financial reporter to start playing the man, and not the ball, by calling me names?)
‘’The public is wonderfully tolerant. If forgives everything except genius’’ Oscar Wilde.
In my FX Derivative days we used ‘’the skew’’ in a total different context (The volatility skew is the difference in implied volatility (IV) between out-of-the-money options, at-the-money options and in-the-money options. Volatility skew, which is affected by sentiment and the supply and demand relationship, provides information on whether fund managers prefer to write calls or puts).
Remuneration with SA Companies with ‘’dual’’ and/or overseas listings, converted at the prevailing exchange rate can never be called ‘’skew’’.
I think you are missing the point mate. Maybe do some research on some of the articles your colleagues published over time on Moneyweb…We are not talking about remuneration in ‘’mom and pop-shops’’. These top banker’s packages are absolutely part of the International competitive Index comparisons…
Hilton – just broaden your thinking a little and start reading about the ‘’Big Mag Index’’, for a bit of context!

Not sure where I “called you names”. Yawn.

These people on the list earn close to R1bn rand in total!

People are in the streets as we speak, fighting for a minimum wage of R20….

Absolutely, couldn’t agree with you more

These people, if we were to take their total packages, they’d fund 22 900 minimum wage jobs.

People are in the streets fighting for R20.00 per hour.

these figues are truly obscene. No employee is worth that. In the case of an entrepreneur who has started and created a business fair enough. Most of those executives could probably be replaced quite easily. Perhaps its time for a supertax on any income above say R20 million. I suspect many of those listed also have clever tax experts minimising their tax bills as well. The massive disparity between the top and bottom of the pile is a revolution in the making,

I agree with you wholeheartedly. But in practice all these money&power hungry individuals would do is cry foul and demand even more to make up for the effect of this super-tax on their take-home pay. So effectively the following would happen:

1. Exec pay rises to accommodate super-tax
2. Shareholders complain that the increase erodes their returns
3. Banks increase fees to keep shareholders happy
4. You and I suffer the price increase

not candid or sincere, typically by pretending that one knows less about something than one really does.
“this journalist was being somewhat disingenuous as well as cynical”
synonyms: dishonest, deceitful, underhand, underhanded, duplicitous, double-dealing, two-faced, dissembling, insincere, false, lying, untruthful, mendacious;

I say well done to them. Whether it is justified or not, this is what these positions pay. If I could get into one of these positions instead of grinding away as a small business owner, i would.

Compared to the top 5 state capturers these figures are petty cash.