Earnings more than double, but are still below pre-pandemic levels.
By Adriaan Kruger 10 Mar 2022  00:01 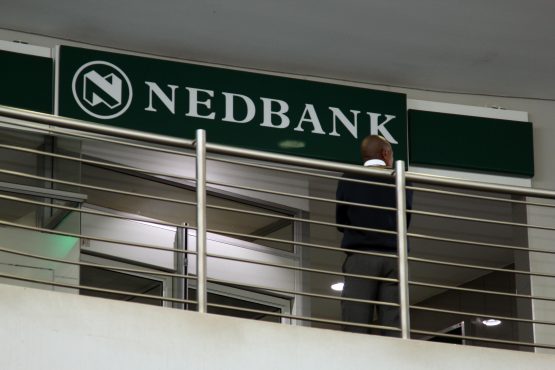 Banking activity has picked up sharply from a year ago. Image: Moneyweb

Nedbank Group CEO Mike Brown pertinently referred to the improvement in the economy and business conditions when taking to the podium to announce that the banking and financial services group delivered a solid financial performance in the financial year to December 2021.

Headline earnings increased by 115% to just short of R11.7 billion, compared with R5.3 billion in 2020, that disastrous year of Covid-19 lockdowns.

However, Brown told his audience of analysts, portfolio managers, staff and shareholders that earnings were still 7% below the 2019 figure of more than R12.5 billion.

Effectively, some two years of growth – the steady annual growth SA banks are famous for – has disappeared.

As usual, Brown gave a short and comprehensive overview of the economy.

“The operating environment in 2021 was more supportive for Nedbank and our clients. The South African economy performed better than we expected at the start of the year, resulting in upward revisions of gross domestic product [GDP] growth to 4.9%.

“Off the low base in 2020, the rebound in economic growth was underpinned by higher commodity prices, lower levels of lockdown restrictions and some positive developments on key reforms in SA. The low-interest-rate environment supported demand for retail credit and transactional activity increased as lockdown levels eased,” says Brown.

Nedbank supplied interesting figures to show how things have actually improved in SA since the beginning of 2020.

People are, on average, in a better financial position now, as evident by a lower debt-to-income ratio.

“Households have de-lever[ed] from a peak of debt-to-income of 79% to 68% and credit losses have decreased,” says Brown.

Banking activity has picked up sharply from a year ago. Management notes that the bank’s “high frequency data” from point-of-sale devices and card-related channels reflected strong growth in total turnover in the second half of the financial year.

“Overall turnover levels are back above pre-Covid levels, including in the telecommunication, retail, restaurant, healthcare and entertainment sectors,” according to the commentary to the results.

“However, sectors that were most impacted by the various levels of Covid-19-related lockdowns, such as hotels, lodging and airlines, recorded turnover levels that are still below 2019.”

Not that we are out of the woods yet.

Brown points out that the negative impacts of a prolonged third wave of Covid-19 infections, tighter lockdown restrictions, the July civil unrest in parts of the country, and frequent power outages still weighed heavily on economic activity last year.

Brown was the first bank executive to report that the positive effects of key structural reforms in the economy are starting to show and notes the positive effect that will result from the drive to reduce red tape, the unbundling of Eskom’s transmission division, increased private energy generation capacity, the proposed public-private partnership to get SA ports and harbours working better, new auctioning of 5G spectrum and moves to allow more third-party access to the freight rail network.

Nedbank reiterated the trend of other SA banks which reported that demand for credit by companies is also starting to recover, after corporate debt declined for most of the last year, as companies used whatever cash they had to reduce debt levels and spent little on investment in new productive capacity or higher stock levels during periods of low consumer demand.

“Encouragingly, demand for corporate credit saw a recovery in the second half [of the financial year],” says Brown, adding that producers of various commodities are however repaying facilities on the back of the very strong boom in commodity prices.

He notes that the commodity boom is good news for a lot of the bank’s clients, but not necessarily for the bank, due to lower loan demand.

Nedbank nonetheless reported strong improvement in all of the key banking figures. Loan advances and deposits increased, margins improved, bad debts and costs decreased (as a percentage of income), and profit soared.

“The financial performance reflects a strong rebound off a low base,” said CFO Mike Davis in the presentation to stakeholders.

The group’s return on equity improved to 12.5% – more than double the return of 6.2% in the previous financial year.

The credit loss ratio declined to 83 basis points after surging to 161 points in the previous difficult year when clients struggled to make ends meet. “It is back within our board-approved target range of 60 to 100 points,” said Davis.

Brown says the group is on track to meet its medium-term targets, those set for the end of 2023.

“Pleasingly, we now expect to meet the diluted headline earnings per share target of more than R25.65 this year [2022], a year ahead of earlier expectations.

“We continue to focus on achieving a return on equity greater than the 15% achieved in 2019 and reducing our cost-to-income ratio to below 54%,” says Brown.

It held on to its gains, compared with the bank sector index gaining only 2.5% on Wednesday.

The share is still below the heights of R320 in the good old days, but has outperformed the JSE Financial 15 index so far this year.

William Verdoes, portfolio manager at stockbrokers BP Bernstein, describes the results as “fairly good” in that the earnings-per-share numbers were just below the midpoint of analysts’ expectations.

“The share jumped on the back of the results and the final dividend of R7.58 per share.

“We believe that Nedbank has further upside potential,” says Verdoes, referring to the share price in this regard.

He notes that the banking sector has recovered well during the past year. “Banks are looking good. FirstRand also announced strong results,” he says.

The fresh figures put Nedbank on a price-earnings ratio of 9.3 times, slightly lower than those of other banks.