‘Better half’ could only do so much for Shoprite 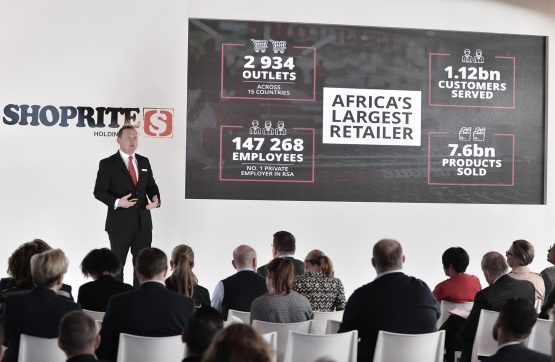 One bright spot was the 25% growth in liquor sales, but Shoprite CEO Pieter Engelbrecht is not sure this particular achievement is something to be proud of. Picture: Supplied

It was a tale of two halves for Africa’s largest retailer, Shoprite.

The first half of its financial year to end-June saw it upended by stock shortages as a result of labour action, hyperinflation affecting its cross-board operations and the implementation of a new IT system impacting its operations.

“Six months ago, it was a conflation of three things going wrong,” is how Shoprite CEO Pieter Engelbrecht sums it up.

The second half, however, saw it make some sort of recovery, with sales at its South African stores rising 9.4% in the last quarter compared to 1.9% in the first quarter.

Even so, despite the turnaround in the latter half of the year, it delivered dismal numbers. Overall sales only rose 3.6% to R150.4 billion, trading profit plunged 14.3% to R6.9 billion and headline earnings per share fell 19.6% to 779.9c.

Though it has seen a turnaround in South Africa, Shoprite’s cross-border operations continue to feel the impact of hyperinflation, which resulted in merchandise sales falling 7.7% to R21.3 billion.

There was also a sharp spike in the group’s debt, with total borrowings increasing R4.7 billion to R11.7 billion. The group said the rise in borrowings included R4.1 billion in local funding to reduce its “reliance on offshore funding and short-term overnight facilities”.

The market did not think too much of the results; the share price closed down 9.25% for the day at just under R127. This is significant, as it is the lowest it has closed at in five years.

Aside from its cross-border problems, the group has also been tussling it out with resurgent arch rival Pick n Pay. Where Shoprite has struggled, Pick n Pay saw turnover rise 7.1% to R86.3 billion, trading profit surge 12.6% to R2.04 billion and headline earnings per share increase 18% to 276.98c for the 52 weeks to end-February.

This fight has been made more difficult as it is taking place in a consumer market where below-inflation wage increases and higher fuel prices have bitten into South African’s wallets. Conditions are not expected to improve anytime soon as government expects GDP to grow at 1.5% in 2019, and only rising to 2.1% by 2021.

In a market where demand is flat, the best way to grow is to take market share from competitors. This is where Pick n Pay has beaten Shoprite.

Even so, Engelbrecht says Shoprite has won back some ground with several internal indicators – such as sales, average spend per visit and number of customers – showing that it has regained market share.

For Engelbrecht, it looked like consumers had come back to the store because they were loyal.

Another way of looking at it is that consumers were shopping at the place they could get the lowest prices and best value for money.

This was a finding in the recently released The Price of Promoting report by Nielsen, which says that 75% of consumers now notice a change in the price of groceries verses 69% in 2017.

The report found that 31% of people were actively searching for sales promotions, with 16% going as far as changing stores for a brand they prefer based on the best promotions on offer.

Engelbrecht half acknowledged that there is this sort of dynamic in the market, saying the group would not surrender its position as the country’s leading retailer when it comes to low pricing.

Although it has not been an easy period for Shoprite, Engelbrecht says there have been some bright spots. The group, for instance, saw liquor sales grow 25.3% for the period.

He is, however, torn on selling this much booze.

“There are two ways to look at it. It’s good for us. I don’t know if it’s good for the country”.