Bidvest sizzles with standout performances across the board

Post-Covid recovery and some sharp acquisitions made the difference.
By Ciaran Ryan 1 Mar 2022  00:02 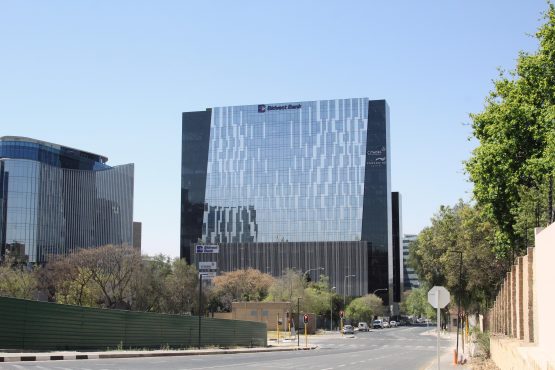 Trading profit grew 25% to around R5bn in the half-year ending December 2021. Image: Moneyweb

It’s a pattern that is replicated across many parts of the economy – the Covid crash in March 2020 followed by a rebound few thought would be as vigorous and prolonged as it was.

Bidvest’s financial results for the six months to December 2021 are further testament to that trend.

Revenue was up 12.9% to R50.2 billion, but fatter margins translated into trading profit growing 25% to around R5 billion. Headline earnings per share were up 37% to 813.8 cents, allowing for an interim dividend of 380 cents, up 31% over the previous reportable period.

Of the seven divisions, services, branded products and freight made up the bulk of profits, with Bidvest Noonan, provider of cleaning, security and other services, making some timely acquisitions to push trading profit for the six month period over the R2 billion mark.

The branded products division was anchored by star performer Adcock Ingram, which recorded a bump in sales with higher demand for flu products (having been noticeably absent during the previous two years). The decision to focus on the non-regulated part of the business was a smart move, allowing relatively modest growth in revenue to translate into trading profit of R1 billion, up nearly a quarter from the previous reporting period.

The commercial products division grew trading profit by 25% to R619.4 million, despite business interruptions in July 2021 from riots in KwaZulu-Natal and Gauteng. Demand was robust from customers in the mining, agriculture, renewable energy, select industrial segments and luxury goods, while general public infrastructure demand remains absent.

“Commercial products grew revenue by about 3%, which was not as strong as other divisions,” says Madisa. “In the prior year, we were coming out of hard lockdown and clients were rebalancing their inventory, yet we managed to translate this into a 25% increase in trading profit by very tight management of expenses.”

Also surprising was the growth in new vehicle sales, up 9.9% for the period, more than double the 4.7% achieved for the industry as a whole, though used vehicle sales were down 10.8%.

The automotive division, anchored by McCarthy, grew trading profit by 15% to R619.4 million.

The financial services division grew trading profit by 20% to R201.6 million, while profits at the property and corporate division remained flat at R275.8 million.

Can Bidvest maintain this momentum, and where do the opportunities lie?

“We’ve got plenty of opportunities,” says Madisa. “We are seeing an increase in infrastructure spending, mainly from the private sector, with higher numbers of building plans being approved, and this will benefit our commercial and branded products divisions.

“There’s also been an uptick in renewable energy investment, and mining is performing extremely well at the moment, and that is a big sector for us. Agriculture is also doing well, and we see big maize export volumes being processed through our bulk terminals through the remainder of the year.”