Blue Label’s share price was most significantly hit after it sealed the deal with Cell C.
By Duncan McLeod 30 Oct 2019  11:34 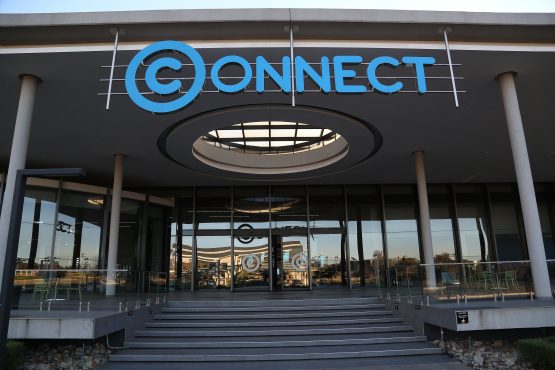 Blue Label recently wrote down the value of its investment in Cell C to zero after the company reported major trading losses and impairments. Image: Jeremy Glyn

Blue Label Telecoms, which bought a 45% stake in Cell C in 2017 for R5.5 billion, has said in its annual report, published on Tuesday, that its board and management team are “extremely disappointed” in the performance of the mobile operator.

This comes after Blue Label wrote down the value of its investment in Cell C to zero.

Independent non-executive chairman Larry Nestadt described his chairman’s report as “the hardest” he has had to write in his 25 years of serving on listed companies’ boards.

“The board and executive management are acutely aware of the destruction of shareholder value caused primarily by our investment in Cell C,” Nestadt said. Blue Label’s share price has fallen by about 90% from its peak, with most of this decline happening after the conclusion of the Cell C deal.

Together with Cell C’s trading loss and the further impairment of its property, plant and equipment, and the impairment of its own investment, Blue Label recorded a net loss related to Cell C of more than R6 billion, the chairman said.

“The investment in Cell C was motivated to the board, on the basis of a defensive strategy of protecting higher-margin business flow received from Cell C, the ability to extract synergistic savings and an opportunistic approach to investing in a distressed asset,” Nestadt said.

“The board was, however, concerned by the quantum of our investment in Cell C. We were very aware that we might be betting the farm. Our concerns were overcome by the subsequent due diligence conducted by international experts, and the business plans and budgets presented by the then Cell C management team.”

However, “fairly soon” after Blue Label invested the R5.5 billion for the stake in Cell C — and a further R750 million in liquidity support — “it became clear that the Cell C budget plan was not being met”.

“This led to our re-examination of the business plan and budgets presented to us by the previous management team at Cell C, which had predicated our investment decision. It was evident that further capital would be required far sooner than initially expected. This sequence of events led to an unusually high level of board oversight in support of the concerns of Blue Label’s executive management. Additionally, the Cell C board conducted its own investigation, which led to the early termination of certain senior management contracts. A new management team has been appointed, and it has developed business plans that are more realistic and innovative,” Nestadt said in his review.

He said the turnaround strategy is “starting to show encouraging results”. The operator is expected to announce a new roaming agreement with MTN South Africa soon, which could effectively turn Cell C into a mobile virtual network operator, with MTN running much of its network infrastructure. This should help Cell C to curb its capital expenditure, assuming it passes regulatory muster.

Details of a further recapitalisation of the business, led by the Buffet Consortium, are expected to be announced by the end of the year. That recap will likely lead to a reduction of Blue Label’s stake in Cell C.

“The board is aware that the erosion of shareholder value as a result of the investment in Cell C has to be met by accountability and consequence … management,” Nestadt said. “The board will initiate a management and board reset to restore the Blue Label core business focus.”

To reduce the high level of interest-bearing debt on its balance sheet, Blue Label has already announced the disposal of several non-core assets and has “adopted a far more conservative risk framework and revised capital allocation policy”. It will sell Blue Label Mobile and the handset division of the 3G Group and unwind a portion of the Comm Equipment Company book.

“The non-executive board members are completely committed to continuing to mentor our highly entrepreneurial and talented management team and returning Blue Label to the cash-generative business it was prior to the acquisition of Cell C. We are determined to rebuild stakeholder trust and shareholder value,” Nestadt said.

What if Cell C fails?

“We remain confident that Cell C will continue to operate. However, should this not be the case, it is anticipated that the loss in revenue from trading with Cell C ordinary business with the group would equate to approximately a 25% reduction in net profit after tax,” the group said.

“This business would, however, revert to the other mobile operators, in which case Blue Label is likely to be able to recover some of this business, albeit at a lower margin.”  — © 2019 NewsCentral Media

Is Cell C or Blu going to have the rights issue before year-end?

Is there any news of a takeover of Cell C by China Mobile / Telkom or MTN?

Any company’s success ultimately depends on two things: Degree of customer satisfaction orientation and Culture (of course these two are linked but are not the same thing). Cell C has a culture of arrogance, conceitedness and entitlement. Any due diligence investigation MUST include becoming a customer of the business in question, to experience the two factors listed above. Clearly the ‘international experts’ mentioned in the article missed this. I did not. My very simple and reasonable request to swop Cell C – to – Cell C only airtime with airtime to any network (of same value) was met with utter disdain and ridicule. I asked for scissors and cut up the Cell C sim card in their shop in full sight of other customers (OK I admit – there was only one other, on a busy Saturday morning). Such a complete lack of customer service orientation will guarantee any company’s demise. If Blue Label asked some customers the right questions they would have avoided a bad investment.

Question: How do you make a small fortune?

Answer: Start with a big one.

Cell C’s financial problems have been well known for years. Anyone getting involved with Cell C do so at their own risk.