Board versus CEO in the battle for Choppies 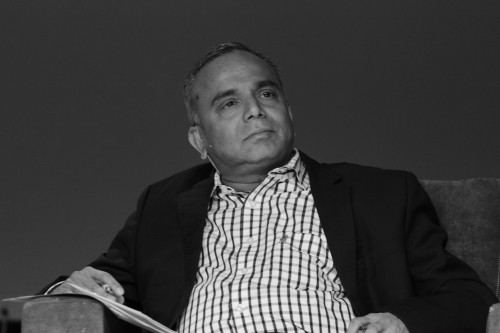 Choppies CEO Ram Ottapathu thinks he is in with a shot as the voting block on his side of the dispute amounts to around 46%. Picture: Moneyweb

The boardroom fights between suspended Choppies Enterprises CEO Ramachandran ‘Ram’ Ottapathu and the group’s non-executive directors will come to a head at an extraordinary general meeting (EGM) this week, where shareholders in the Motswana retailer are set to appoint a new board.

On one side of the dispute is Ottapathu and deputy chairman and co-founder Farouk Ismail. They contend that Ottapathu has done nothing wrong and that there is a plot by the non-executives to run him out of the company.

On the other side are the non-executive directors – Ronald Tamale, Wilfred Mpai, Dorcas Kgosietsile and former Batswana president Festus Mogae – who say they launched two investigations, one legal and one forensic, to address serious governance concerns raised by auditors PwC.

PwC refused to sign off on the company’s results for the year to end June 2018, saying there were discrepancies in its stock at several newly acquired stores in South Africa. It also raised concerns about the chain being involved in possible money laundering in Zimbabwe, Ottapathu’s ownership in a buying group, and Ottapathu’s and Ismail’s holdings in several of the retail group’s suppliers.

The delay in the release of the results led to Choppies being suspended from both the JSE and the Botswana Stock Exchange.

Though the investigative reports have not been released to the public, on August 14, along with a circular to shareholders, Choppies put out what it dubbed “annexures”, which summarised the findings of the investigations.

In the annexure for the legal report, it found that Ottapathu contravened corporate governance best practice and advised that “disciplinary proceedings” be instituted against him as he had not declared that he had a 50%  holding in rival Fours Group and had provided a “loan” to another rival, Payless.

Shares pledged, of no ‘personal’ benefit

This buying arrangement worked well until 2017, but then the group heard something that made it concerned. “There was a rumour in the market that this company [Fours Group] was going belly up,” Ottapathu says. This led a company secretary to advise him to get someone from the group onto the board of the Fours Group. He reasoned that even if the shares were pledged to Choppies, it would still take time to get a Choppies representative onto the board as a court interdict would be needed to put this person in place.

The best way to get someone onto the board quickly was to transfer the pledged shares to him personally so as to get “additional” security.

“I don’t own anything,” says Ottapathu. “It’s a buying arrangement. It’s a purely commercial arrangement.”

He says the report also misconstrued the relationship Choppies has with Payless. No loan was provided; rather, Payless had a buying arrangement that saw Choppies provide it with R110 million in goods. All those goods were pledged to Choppies if Payless went out of business.

Despite Ottapathu’s protests, Desai Law Group (DLG), which conducted the investigation, stands by its findings. At a press conference broadcast by Mmegi Online last week, its founder, Rizwan Desai, said he was disturbed that he had personally been attacked by Ottapathu regarding the findings of the legal report.

Desai rejected Ottapathu’s allegation that the report was not fair because Desai was previously a partner in a firm that had drawn up the agreement with Payless, as DLG was asked by Ottapathu in September 2018 to “assess a number of legal issues the company had”.

“That decision – to appoint Desai Law Group – Mr Ottapathu himself played a significant part of that.”

To conclude or not to conclude?

Ottapathu also questions the conclusions presented in the annexure of the forensic report conducted by EY.

In a written response released by Ottapathu on August 27, he casts doubt on some of EY’s findings, saying it failed to “verify any of the information it received and failed to resolve any conflicting versions of facts presented to it”.

“Instead, it simply ignored certain facts”.

Ottapathu argues that, because of this, the forensic report cannot “credibly resolve any issues relating to the finalisation of the 2018 annual financial statements”.

In a press release put out on the weekend, Choppies non-executive directors say the forensic report found evidence of “substantial stock deficits” spanning several years and amounting to about R128 million. These deficits were eliminated by “fictitious simulated transactions” to Devland Cash & Carry and ANE Western Cape.

At the time these transactions were happening, Choppies bought four stores from ANE – originally priced at R55 million – for R145 million, according to the statement.

Ottapathu disputes this valuation, saying EY didn’t consider that these stores generated R450 million in sales a year. “EY simply failed to understand what was needed for it to investigate these transactions.”

Aside from its dealings with Devland Cash & Carry and ANE, EY also found discrepancies in how the group recorded Ottapathu’s and Ismail’s ownership in some of Choppies’ suppliers. In the 2017 annual report, there is a record of them in ‘related party’ transactions, but in the 2018 shareholder declarations there is no mention of them.

Ottapathu might not think the forensic report is credible, but in a copy of the report obtained by Moneyweb, he and Choppies are all but exonerated when it came to allegations of money laundering in Zimbabwe.

The fight for Choppies

The boardroom battle intensified on Friday as the non-executive directors attempted to institute disciplinary measures against Ottapathu. According to Botswana industrial court documents, Ottapathu responded by requesting a postponement, saying he needed more time to prepare a defence.

Regardless of when this hearing takes place, matters will come to a head at the EGM on September 4.

If Ottapathu manages to get shareholders to support the directors he has nominated onto the board, he will effectively win.

As things stand, he thinks he is in with a shot, saying that together with Ismail and other allies, his voting block amounts to about 46%.

A lot of finger pointing at Mr. Ottapathu. Seems he is the only one sticking his neck out with an actual strategy. Desai and his non execs proposing a retreat from the SA market and to charge him with what exactly? Having a business plan?