Brexit (and the Labour party) hang over Quilter

UK-based financial advisor fears a messy exit from the EU could lead to a far-left-wing government coming to power.
By 19 Jun 2019  00:23 If the UK leaves without a plan in place, it could severely impact its economy as well its underlying investments, warns John-Paul Crutchley, Quilter’s head of investor relations.

Quilter, which was unbundled from South African life insurer Old Mutual about a year ago, is still controlled by its mostly South African based shareholders.

The danger Brexit brings is already affecting Quilter, with its assets under management falling 4% to £109.3 billion in its results for the year to end-December. The group makes the bulk of its money managing these assets.

Quilter is well aware of the threat. “Lower average asset values, if sustained, would impact revenue generation in the current year,” it said when it released its annual results in March.

“Brexit and market uncertainty are having an impact upon investors’ appetite to put new money to work,” noted its CEO, Paul Feeney.

To get around this, the financial services firm is trying to control costs. “While we cannot avoid external headwinds, we aim to keep 2019 costs broadly flat on 2018 [excluding acquisition activity], through optimisation and other initiatives, to partially offset the anticipated tougher revenue environment.”

Another way it can get around this is to sign up more customers. To do this, however, it needs more advisors.

The problem for Quilter is that there is a shortage of advisors in the UK. The shortage can be seen by there being only 26 000 advisors for a nation with an adult population of 45 million, according to the Financial Conduct Authority, the regulator for the finance sector.

Crutchley says this shortage, as well as the complex nature of saving for retirement, means it has a relatively sizeable target market of people in their late 40s and early 50s needing help in being guided through tricky and constantly changing regulations.

Despite the shortage of advisors, Crutchley says Quilter is well positioned because it is addressing this through its own financial advisor school, which will train about 100 people a year.

Though Brexit hangs over Quilter, it is still doing relatively well, managing to push total fee revenue up 8% to £788 million for the year.

Aside from an unmanaged exit from the EU, Crutchley says Quilter also fears that the political uncertainty could lead to a general election, which could result in the far-left Labour Party talking power.

If Labour took full control, the fear is that it could push through far-reaching changes, such as increases in income taxes, restructuring of the tax relief people get on their pensions, and the nationalising of some companies.

If a Labour government pushed through these changes, it would seriously impact the value of the assets Quilter’s clients are invested in.

At this point it does not look like Labour will win an outright victory. Polling group ComRes found that Labour held the lead at 27%, ahead of the ruling Conservative Party at 23%: “If the parties were to achieve these vote shares at a general election it would result in Labour being the largest party but 34 seats short of a majority,” said ComRes. 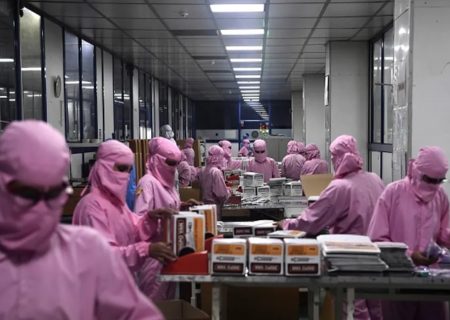