A fundamental requirement for a business to be privatised, or to attract investors, is that it must be profitable.
By Barbara Curson 28 Feb 2018  00:01 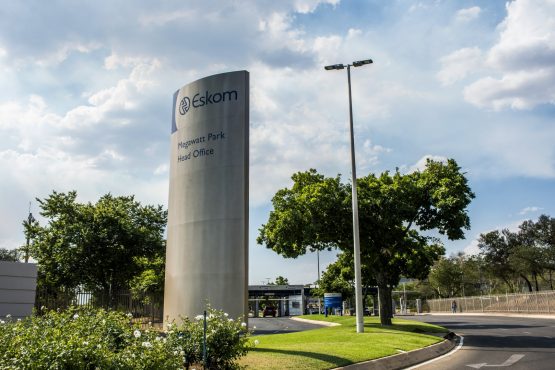 Eskom first needs to sort out management and governance issues, as well as its current financial status, before it can consider restructuring the business. Picture: Bloomberg

Various remedies to solve Eskom’s woes have been put forward, such as privatisation, bringing in external investors, and capitalising debt.

How successful is the privatisation of national assets? An interesting study can be made of the UK privatisation initiative under the Tories, spanning the period 1979 to today. This can provide some insight into what works, and what doesn’t, as well as the pain and suffering caused by the loss of jobs. Let alone the political fallout.

Not all privatised businesses in the UK have been a success, and some have caused a stench.

The UK fully privatised its water and sewerage system in the 1980s. The water companies have since been accused of serious pollution incidents. Recently, Thames Water was fined £20.3 million for dumping 1.4 billion litres of raw sewerage into the Thames between 2012 and 2014. According to the Financial Times, the company has also not paid any corporate tax between 2006 and 2016.

However, privatisation can also result in a success story.

The UK government formed Powergen in 1989. It was wholly owned by the UK government and acquired about 50% of the Central Electricity Generating Board generating capacity. By 1995 it was sold to private investors. It was eventually taken over by E.ON, a privately owned energy supplier focusing on renewables, energy networks and customer solutions. E.ON is owned by non-resident UK shareholders, and it is up to the UK to ensure that the correct taxes are collected on the profits and supplies of energy within the UK. However, the UK government is free from the onerous task of keeping up with advances in sophisticated technology, and it also does not have to provide any on-going capital to the business to fund innovation and the maintenance of plant.

Conversely, when private businesses go awry there are those who then call for nationalisation, such as in the case of troubled Carillion. Carillion, the UK’s second-largest construction company, reliant on government contracts, accumulated £1.5 billion debt and went into liquidation at the beginning of the year.

Read: Will the lights stay on at Eskom

Carillion also highlighted the absurdity of auditors collecting millions in fees while the business was going down, as well as an under-funded pension fund.

It is pointless having a discussion of privatisation versus nationalisation where there is little moral fibre in a society, rampant corruption, the flouting of laws, and poor governance. The Steinhoff saga has demonstrated that government does not own the monopoly to personal greed and the breaking of laws to accumulate wealth and power.

One of the common denominators of businesses failing, whether privatised or nationalised, is that of poor governance. This also raises the debate over regulation versus deregulation. Some of the worst corporate failures have taken place during periods of deregulation. Thatcher introduced many measures to ‘open’ up the economy, and was blamed for the financial crash some 30 years later. Enron’s success was also assisted by legislative and regulatory changes. Many would refute this. However, a self-evident truth is that when companies fail and jobs are lost, shareholders lose money, pensioners are impoverished, nobody takes responsibility.

Needless to say, a fundamental requirement for a business to be privatised, or to attract investors, is that it must be profitable before it is privatised. After all, a government would want to earn taxes from a privatised business, and investors would expect to receive a share of the income in the form of dividends, plus, an increase in the market value of the share over time.

Worryingly, if Eskom was privatised the government guarantees would also fall away. Which corporate is large enough to take on this risk?

There has also been a suggestion that bonds should be swapped for equity (capitalised). However, there is no incentive for current bondholders to agree to swap an instrument that pays interest, whether the business is making profits or not, for an instrument that may only pay a dividend when there are profits. It is to be noted that dividends may also only be paid where this will not result in the liabilities of the business exceeding the assets.

In my previous article, I hinted at the possibility of the value of the Eskom plant being overstated, in that it includes capitalised interest. If so, regardless of the shocking debt problem facing Eskom, it already does not meet the going concern test. In addition, the complex derivative instruments held by Eskom could be obscuring the risk of a financial loss of mammoth proportions.

The new Eskom Board is going to have to knuckle down, sort out management and the governance issues, and turn Eskom into a lean, mean, operating machine. And then they should take a good hard look at the current financial status, warts and all. After that they can consider the restructuring of the underlying businesses, and perhaps carve out some potentially profitable segments to external investors.

blathering about obvious things which sadly do not apply in Africa.

Why should Tax payers have to bleed for Eskom?

Why should the country be internationally uncompetitive due to the economic chain ball called Eskom?