Nerve-wracking time for Tongaat, banking issues at Ayo, another pot of gold for African Rainbow and a ‘revolt’ at Glencore.
By Ann Crotty 3 May 2021  00:01 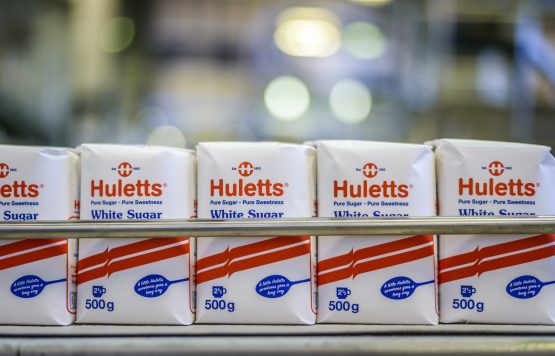 The Tongaat share price staged a remarkable recovery on Friday although the 11.4% bounce that day was not enough to see it reclaim all the territory it lost earlier in the week following the sugar and property company’s worrying update on its debt restructuring.

No doubt many of the shareholders will have heaved a sigh of relief that the share price slide stopped at R8, well above the 12-month low of R4.50.

Given the precarious nature of the planned debt restructuring, it does seem that a rights issue will be unavoidable in the not-too-distant future.

If not a rights issue then perhaps a debt-for-equity conversion. Either way, a share price closer to R9 than R4 will make the process much less painful.

On the disposal front, it does seem the Tongaat team has finished with all the low-hanging fruit – although for a while there it did briefly look as though Barloworld was going to move the sale of the starch jewel out of reach.

The disposal of the cash-pumping starch operation accounted for the largest portion of the R6.56 billion debt reduction achieved by Tongaat in the period to end-March 2021.

But that leaves it R1.54 billion short of the R8.1 billion it agreed with its South African lenders. Tongaat managed to prevent a default by amending the measurement date and is now trying to reduce the amount from R8.1 billion to R6.4 billion.

It’s all nerve-wracking, edge-of-the-precipice stuff which is certainly not helped by production difficulties on the sugar-refinery front. Shareholders might be particularly irked that they could not persuade the board to put a more appropriate remuneration policy in place; one that would better reflect the uncertainty of management’s recovery plan.

The top executives, who were parachuted in after the departure of former CEO Peter Staude and key members of his team, were paid extremely well for 2020.

One company that apparently doesn’t have any funding woes is Iqbal Survé’s Ayo Technology Solutions.

But it does seem to have trouble securing transactional banking services, or at least that was what it told the court last week when it made an urgent application in a bid to prevent FNB from closing its bank accounts.

Closing the bank accounts was a move that Ayo’s lawyers said would lead to Ayo’s liquidation.

The court struck off the application saying it lacked urgency, which apparently it did because Ayo very promptly stated that all was well.

It’s to be assumed – certainly hoped – that FNB did not make the move lightly and that neither did Absa when it terminated Ayo’s banking facilities some months ago.

Terminating banking facilities willy-nilly would lead to anarchy and is surely only done after much careful consideration. In March FNB said it intended to close the Ayo accounts owing to perceived “reputational and other risks”.

According to reports by amaBhungane Centre for Investigative Journalism Absa’s lawyers had made similar statements in legal proceedings.

Presumably, Ayo doesn’t need any bank funding as it still has a chunk of the R4 billion that the PIC pumped into it at the time of the listing in December 2017, but moving that money around Survé’s various entities might have become a little more difficult.

ARC, and another pot of gold

In terms of that deal, Sanlam will pay R754 million for a 25% non-controlling stake in a newly created subsidiary of ARC FS. The subsidiary will hold ARC FS’s financial assets such as Alexander Forbes.

In 2018 Sanlam, whose single largest shareholder is the Motsepe-controlled Ubunthu Botho, set out a long-term plan intended to promote black economic empowerment by what looks like an aggressive co-mingling of the Sanlam and ARC assets.

You know how pointless the remuneration battle is when people start talking about Glencore suffering “a shareholder revolt” just because 25.8% of shareholders voted against the group’s remuneration policy.

These so-called revolts have absolutely no consequences other than requiring the board to engage with shareholders on the matter.

New CEO Gary Nagle’s remuneration package remains secure despite being at the centre of the ‘revolt’.

Nagle stands to be paid a maximum total annual remuneration of $10.4 million (R150 million), which is extremely excessive – particularly for a newly appointed CEO whom, proxy advisor Glass Lewis notes, has no previous experience of running a publicly listed company.

According to Institutional Shareholder Services Nagle’s remuneration plan was not subject to “conventional performance conditions”.

Arcinvest – yes watch that one, too much good news, Tyme Bank is run by a mere 55 or 60 people and watch the Rain profits.

As for Glencore – investors come last or are just ignored.
Low or no dividends while the board does well, it is all about the board.
I dumped my GLC shares, the board can buy them.

Not that I have any risk involved in the PIC or Ayo, but I and I am sure many others would like to know how Ayo is managing its debt repayment and if any interest has ever been paid on it.

When most Bank shares tumbling, Tyme bank is rocketing (Arcinvest)