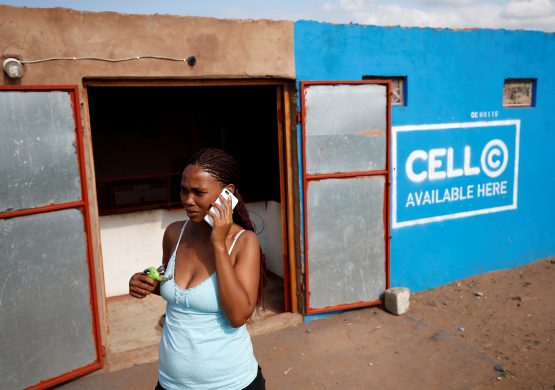 It’s the middle of September, and Blue Label and Net1 are unable to publish their annual financial results.

Both are waiting for Cell C to conclude its reporting process so they can ascertain the valuation of their joint asset. The delay has made some investors very wary as to what the joint damage will be on the financial statements of both entities, the sentiment being how much worse can it get?

At the time of the acquisition, Blue Label was a profitable, cash-flush distributor of prepaid airtime, starter packs, data and electricity tokens. It also specialised in transactional offerings such as ticketing and financial services.

The investment rationale was that the acquisition would enable vertical integration of the two companies and activate synergies in product distribution.

By 2020, it was envisioned that Cell C would list on the JSE, through which Blue Label would earn a return on its investment and a liquidity injection from issued shares.

The transaction was R5.5 billion for effectively a 45% stake in Cell C. If one tracks the share price of Blue Label and Net1 since the acquisition, the value destruction is obvious. The Blue Label share price has depreciated by well over 90% in the last two years and continues to decline, with no end in sight.

In February 2019, after less than two years of effective Blue Label control, Cell C announced that it had signed a binding term sheet with Buffet Investments, led by reclusive billionaire Jonathan Beare. The agreement was for the company to acquire a minority investment and the funding would be used to recapitalise the business (pay some debt down and bolster the network infrastructure).

Cell C launched its mobile network business in November 2001. The initial licence was granted in 1999, yet due to much controversy and an ensuing court case, it only received the licence officially in June 2001. Consumers were less likely to switch to a network offering poor coverage, no matter how good the tariffs were; therefore, a key operating challenge for Cell C from day one was to have national coverage. It still doesn’t have national coverage.

By 2017, almost 16 years later, the hope that Cell C would break the duopoly of Vodacom and MTN had faded into thin air. The company was saddled with approximately R19 billion worth of debt at the time and hopes of achieving 20% market share were close to impossible. Cell C’s market share is estimated at 13%.

The company is currently facing some very real challenges, none of which are child’s play:

So what now for Cell C?

If one looks at the timeline from the Net1/Blue Label acquisition to the proposed equity injection (‘bailout’) by Buffet Investments, and the litany of legal and operating challenges faced by Cell C up to the present day, one cannot help but wonder what level of due diligence was conducted and how realistic some of the expectations were when the deal was done in 2017. While some of the challenges rely on a combination of a difficult operating and regulatory environment, poor decision-making cannot be discounted.

It should not be lost on us that if Cell C fails, thousands of employees risk unemployment in an already-struggling economy.

Plus an even less competitive environment would ensue, with fewer mobile telcos, which would reduce downward pressure on pricing.

We wait with bated breath for the release of Cell C’s financial statements, and to see whether its recapitalisation will proceed.

It is worth noting that, from inception, no one has made an equity return for investing in Cell C. It’s doubtful Mr Beare will be any different.

“Sinesipho Maninjwa is a CA (SA). he currently works in Transaction advisory for a boutique Advisory Firm and is a contributor on a segment called Deal Makers on Power Business which is on Wednesdays at Power 98.7FM.””

I have dealt with them and it’s a bit of a revolving door and no one wants to step up and make a decision that would really benefit their staff and their production.

Sorry for the many typos, their best CEO was IMHO Lars Reichelt, not Reachelt.

Hopefully my pension fund not involved with Blue Label.

There is a lot of interference from government in the Telecoms sector. They keep complaining about data prices while mismanaging the available spectrum.

On the fibre side it is a free for all with no sensible policy coming from the authorities.

Very sad. They were very competitive when they started out in 2001 and I got good service from Cell-C over the period 2001 to 2010. However, someone within Cell-C changed my bank account details around 2010, which they used for debiting my account, thereby causing nonpayment and resulting in Cell-C cutting my three services. It took over six months to resolve, Cell-C continually denying that the problem was within their billing system. What actually transpired was that they had a back office system which had the wrong banking details, and a front office system which had the correct banking details, and both systems did not “talk” to each other. Go figure!

What beats me is that Jose dos Santos was originally (at the time of Turkcell) frog-marched off the premises at Cell C for alleged irregularities and then brought back as CEO by Alan Not Crazy. How is this possible?

His Junior got people to give him five-hundred mil or so and invested that in MXIT.

I wonder what they are up to these days.

I know they chap that did the marching. Was a sad day when he came back.

If between Jonathan Beare, Christopher Seabrook and the Levy brothers ( some of the best and canniest business brains in SA) this can’t be saved, then I dunno!

So many questions
How was the purchase price for 45% of Cell C justified?
Who thought they could take on the likes of Netflix with Black?
Can the original Blue Label be extracted from this mess?
Sigh what a mess, reminds me of an electrical company I think its name starts with E …..

Great research and accurate, Except, you are failing to realize that telecom and utility companies can be purchased for their subscriber base and integrated onto their own network, so you should be looking at their valuation from an EBITDA (x multiple) perspective.