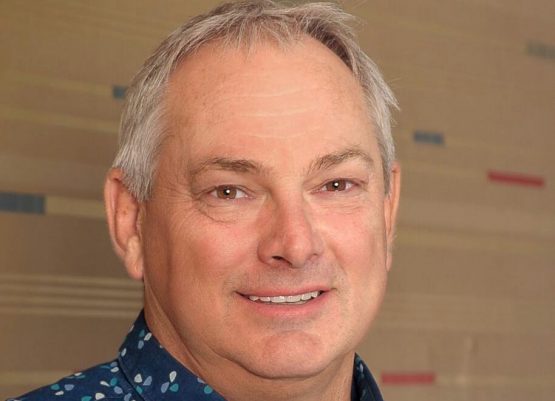 Hillie Meyer, former CEO of Momentum, is to take over MMI in mid-February. Picture: Moneyweb

Shares in MMI Holdings jumped over 8% during intraday trade on Tuesday, after a surprise announcement that Hillie Meyer, a former chief executive of Momentum, will soon take the reins at the insurance group. Despite the show of confidence, analysts agree Meyer has his work cut out for him. Meyer – due to take over from Nicolaas Kruger effective February 15 – inherits a company fighting challenging trading conditions in South Africa, its home and largest market.

MMI is currently trading at a 20% discount to its embedded value. It reported no growth in diluted headline earnings of R3.2 billion during the financial year ended June 30 2017, due to underwriting losses and weak investment market performance.

At the time, it also announced a strategic decision to exit a number of African markets and plans to re-focus on its local businesses, a domestic initiative with African Bank and its joint-venture in India with Aditya Birla Group, the third largest private sector conglomerate in that country.

According to the group, Meyer’s job will be to execute its more focused strategy – rather than revisit its strategy in totality – and to streamline various initiatives related to MMI’s core business.

In announcing his appointment, MMI – borne out of the merger of Momentum and Metropolitan – highlighted his success with the former. “In the nine years under Hillie’s leadership, Momentum recorded nearly 30% per annum growth in net profit and increased assets under management tenfold from R25 billion to R250 billion.”

Adrian Cloete, a portfolio manager at PSG Wealth, said Meyer’s “exceptional” track record at Momentum coupled with his extensive knowledge of the company, its culture and the financial services industry makes him a great appointment. He added that Meyer would have to make earnings growth a priority.

“MMI’s earnings haven’t grown much over the last couple of years. And while it has maintained the dividend, the dividend cover has come down. It has two options: grow earnings or cut the dividend. It’s not going to want to cut the dividend as that would send a [negative] message to the market. Hillie is the right person to accelerate earnings.”

Sasfin’s David Shapiro expressed some doubts. “He has an excellent record but that was 12 years ago. My worry is that things have changed. The shape of the global and South African economy have changed drastically – we have had a financial crisis of gigantic proportions – we’re in a low-growth environment and people aren’t aggressively going into financial services. He was at Momentum during a super cycle in commodities, prices were booming. Can he replicate his success? We hope so.”

He added that MMI’s decision to go back to Meyer appeared to be a desperate move to stabilise the business.

Dan Moyane, communication executive at MMI, said the board opted to appoint an experienced insurance executive that was active in the financial services industry – Meyer served on the boards of Alexander Forbes and General Reinsurance Africa, and was a partner at Nodus Investment Managers – and would be able to immediately contribute to the group.

He said part of Meyer’s mandate would be to develop current executives, aid in succession planning and improve the stability and growth of senior management. Meyer has signed a three-year contract with MMI, however the group is not prohibited from extending that contract should it see fit, Moyane added.

He also affirmed the group’s confidence in Mary Vilakazi, who was appointed deputy CEO in July 2017, saying that she would perform the “critical” role of bring the two retail businesses, Momentum and Metropolitan, closer together operationally such that MMI can leverage off the joint-scale. Cloete too said that Vilakazi remains highly regarded by the market and is considered to have a brighter future ahead of her, adding that working alongside veteran Meyer would be positive for her as well.

The group also appointed a second deputy chief executive in the form of Jeannette Marais, previously an executive director at Allan Gray. Marais, who began her career with Momentum in the early 1990s, will head Momentum Investment and Savings Centre of Excellence and take on some of the group’s marketing and distribution responsibilities.

Read: MMI’s CEO to step down in management shake-up

Kruger will remain with the group, making himself available to serve on boards of some of the group’s subsidiaries as well as sub-committees of the MMI board. He has been with the group for 26 years – nine of which as chief executive – and played an instrumental role in the merger of Momentum and Metropolitan as well as the group’s foray into the Indian market. Kruger’s decision and timing regarding the merger worked well and he exceeded targets given to the market, said Cloete. That the group would retain his skills and knowledge would remove uncertainty and bode well for the transition period, he added.

I think David Shapiro is spot on in his assessment. Expectations that Meyer can repeat his historic performance in entirely different circumstances are not realistic. As for Jeanette, she may find that leaving a brand that did half the job for you anyway, something she may regret. Good luck to both of them.

surprised you’d use the picture from Natsure’s board of directors –
but not mention them in the article.
http://www.natsure.co.za/our-directors.html