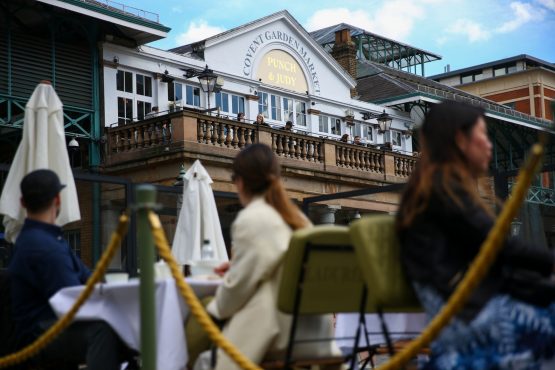 Capital & Counties Properties (Capco), the London Stock Exchange- and JSE-listed UK-based property investment company whose primary asset is the Covent Garden estate in central London, reported a 15.4% improvement in net rental income to £21 million (R431 million) in the six months to June from £18.2 million (R373 million) in the prior period.

Capco CEO Ian Hawksworth said on Tuesday an elevated level of inquiries, strong transactional activity and improving sentiment “indicate that the worst of the [Covid-19] pandemic may be behind us”.

It added that with government restrictions lifted and retail and hospitality businesses fully reopened, growing customer sales were recorded through the period, with certain premium and luxury categories among the highest performing.

It said rent collection improved and, adjusted for payment plans, 65% of the June 2021 quarter was collected while customer support was provided in the period on a case-by-case basis and is expected to reduce with the easing of restrictions.

Capco’s total like-for-like property value decreased by 5.1% to £1.8 billion from £1.9 billion in December 2020, while the group’s net debt to gross assets ratio remained stable at 28%.

Capco said the main contributor to this decrease was a 4.3% like-for-like decline to £75.8 million in estimated rental value, primarily in the retail and office portfolios.

It will resume dividend distributions and has proposed an interim dividend of 0.5 pence per share. The company did not declare a dividend in June 2020.

Hawksworth said during a company results webinar that it is great to see the West End busy again, adding that Covent Garden is definitely the most vibrant district in central London.

He admitted there remain challenges in the near term but indicated that the lifting of restrictions and the return of office workers, which will enable night-time activities, will help the economy move towards more normal levels of activity.

“Throughout the Covid-19 period, our team has worked hard and has successfully maintained high occupancy levels with a limited amount of available units.

“However, we are cognisant of higher vacancies levels across central London in general, which may take some time to be absorbed by the market.

“The pace of rental decline has frayed and is stable, which reflects the valuers’ view on improved sentiment and strength of demand for our prime central London estate,” he said.

Hawksworth added that customer sales data is moving in the right direction, with a positive trajectory to date.

However, he said it will be important that this continues for the rest of the year, building towards the important Christmas trading period.

Hawksworth said Capco will remain disciplined in the allocation of shareholder capital and continue to focus on responsible stewardship.

He said Capco has been positioned competitively for the future and is in a strong financial position with significant financial flexibility.

“We are confident in the future of the West End, in particular Covent Garden, and that our approach and the quality of our estate, underpinned by our strong balance sheet, positions Capco for recovery,” he said.