CEO David Green says besides the current multi-billion-rand Canal District expansion, SA’s top tourist attraction is drawing up plans for Granger Bay that could include hotels, residential, destination retail and other attractions.
By Suren Naidoo 16 Sep 2021  00:01

The V&A Waterfront, which is jointly owned by Growthpoint Properties and the Public Investment Corporation. Image: Supplied.

With September being Tourism Month in South Africa, we are chatting to movers and shakers in the tourism and hospitality industry.

In this episode of The Property Pod, I speak to David Green, CEO of the Victoria & Alfred (V&A) Waterfront, South Africa’s leading tourist attraction and a major property development node in Cape Town.

The V&A Waterfront mixed-used precinct is jointly owned by JSE-listed Growthpoint Properties and the Public Investment Corporation (PIC). David has been CEO of the overall property for several years.

Like most South African and international tourist attractions, the V&A Waterfront has taken a knock from Covid-19 lockdowns, including various levels of travel and trading restrictions since March last year. 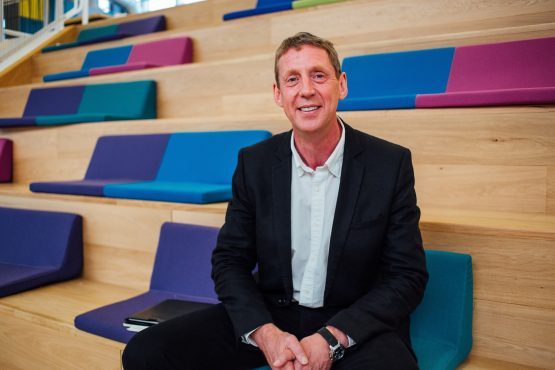 But management, led by Green and his team at the flagship property asset (valued at around R18 billion), are using some of this ‘downtime’ to plan for the tourism’s sector’s recovery and growth in a post-Covid future.

Despite ongoing uncertainty, Green and the joint owners of the V&A Waterfront believe in the fundamental strength of the landmark property and are continuing to invest.

In fact, the City of Cape Town recently announced its approval of the overall R3.9 billion expansion of the ‘Canal District’ within [the] waterfront, which is expected to have around 100 000m2 of mixed-use space when fully developed.

Several developments in the Canal District are already complete, such as British American Tobacco’s head office building. And Green revealed during the interview that future developments in this area include a school.

But further down the line, and on the drawing board currently, are development plans around the Granger Bay area of the waterfront. The area is currently home to the Oranjezicht Farm Market, Grand Africa Beach Café and the Radisson Waterfront Hotel.

Green describes this area as the “jewel in the crown” in terms of future development at the V&A Waterfront. While exact plans are yet to be finalised and approved, he says the area will be in line for hotels, residential apartments, destination retail and other attractions. The area of the V&A Waterfront around Granger Bay is being earmarked for longer-term investment. Image: Supplied

“I think for us Covid overnight stopped international tourism, but in addition to that, all types of events and business travel. A big part of the people who come to the V&A Waterfront are office workers so, almost overnight, these people stopped coming and the source of income disappeared.”

“But I think right from early on we have been and remain confident in the fundamentals of Cape Town, South Africa, and the V&A as an extraordinary tourist destination and hub for events.

“So we’ve got full confidence that it [tourism] will return when people feel safe to come back. We’ve done everything we can to protect the businesses, shops, restaurants, and attractions – you might say the infrastructure – so that when the market does come back we can recover quickly.”

“We also remain a firm favourite with Capetonians and visitors from up-country and we can use the Covid lockdown period to continue our investment within the infrastructure. But in looking at specifics, we’ve taken advantage of getting the former Edgars store back. We’re doubling the size of the Zara flagship store [into the former Edgars space].”

“We’re looking at about five new restaurant offerings coming in … Just prior to Covid we were completing the third phase of the Cruise Terminal, and opening a new food incubator, a food specialist called Makers Landing. We’ve continued with that, and that is open. It’s provided about 150 jobs.”

“And as part of the relief to try and keep the businesses going where we could, we’ve given in excess of R300 million rent relief. The result of this is that we’ve managed to hold our retail at about a 3% vacancy, and our commercial offices at about 4% – quite good figures, below the national average.”

“We’re looking forward to some uplift, a strong season for domestic tourists in the kind of December [period] and into kind of February, March, April, which would be our prime international tourism [period].

“I think if we get it right in terms of vaccination and people feeling safe, there is huge pent-up demand. We’re already seeing Americans and Germans. Our biggest market is Britain …

“It [Britain] has the most stringent restrictions, which make it almost impossible for Brits to come. But I think with a favourable wind that will change in the coming months and mean we’ll start to see quite a decent recovery in the early period of next year.”

Where are visitor numbers sitting currently?

“A sort of pre-Covid norm would be 26 million visits per year, but close to 30% of that would be international visits – and probably only 1% or 2% of that has recovered.

“I think if you lay on top of that the fact that we don’t have any of the commercial office workers – I think people are cautious [but] we’ve gone to great efforts to make the place as safe as possible, first to get the World Travel and Tourism international safety standard – we are still down.

“So we’re probably running at about 40% below our normal footfall pre-Covid.”

“Since the new ownership – which is not ‘new’ ownership any more; back in 2012 the PIC and Growthpoint took over – the investment in the V&A Waterfront has really turbocharged. We’ve been investing probably in excess of R800 million a year.”

“We’ve focused that [investment] on what we call ‘connecting to the city’. So we re-master-planned the Silo District, anchored by the Zeitz Mocaa museum, Allan Gray, Pricewaterhouse [PwC], and the Radisson Red Hotel.”

“And then we moved on to what we call the Canal District, which is basically from that Silo District to the [Cape Town International] Conference Centre. This announcement was the kind of revised precinct plan, which consists of about a 100 000m2 of bulk.

“[A] new development, which is in the ground now, is the 7 500m2 head office for Investec, with Investec splitting [from] Ninety One. Ninety One will remain in the existing building and then Investec will move towards us.”

“Beyond that, within that district, we see scope for additional densification. We see scope at some point for some residential accommodation and an additional school we’re looking at putting in there, in addition to the Theatre School which exists, and potentially some sort of supporting retail.”

Granger Bay and other developments …

“At a macro level, I guess once we complete the connection to the city, what we’re working on in terms of visually and master planning is the Granger Bay area. That’s the area where the Oranjezicht Market is and the Grand Beach Café is.

“An extraordinary piece of real estate. We’re looking visually at a master plan that will incorporate the market and the Grand Beach, but in terms of opportunity for leisure, for hotel and then also for playing into the growing market of the ‘ocean economy’…

“I think Granger Bay is probably the kind of jewel in the crown going forward. We’re at, as I say, the planning and visioning space. It’s very exciting.”

“Our vision is that we will connect the centre of the city through the Canal District, right through the Waterfront and through to this Granger Bay district on to Mouille Point, Green Point and Sea Point.”

“What an incredible experience for Cape Town to build – to walk [through] the Waterfront from the central city, right the way through to that incredible Sea Point promenade.”

Meanwhile, the Transnet pensioners are suffering because of cANCer corruption and underhanded dealings regarding the V&A. Lots of these pensioners have died impoverished, a curse rest on those responsible for it.

If Dubai can create a global tourism hot spot based on retail and not much else on a desert hell hole imagine what Cape town can do.

That location is such a traffic bottleneck, can only access it from one direction. Logistical nightmare.

Then just don’t go … go wheres there’s no traffic, like places people don’t want to actually go to, seems your vibe may be very welcome there?