The Capital Hotels & Apartments Group, founded by hospitality industry entrepreneur Marc Wachsberger, has emerged as the preferred bidder for the five-star Fairmont Zimbali Hotel that was placed into business rescue last year amid the Covid-19 economic crunch.

Wachsberger confirmed exclusively to Moneyweb on Thursday that his group has reached an agreement with Fairmont Zimbali Hotel’s Business Rescue Practitioner (BRP) to buy the property in a R240 million deal.

“This is an iconic property on the KwaZulu-Natal North Coast and is located in one of South Africa’s top estates, so we are really chuffed to be announced as the preferred bidder. However, it must be noted that the deal is conditional upon creditors accepting the business rescue plan and the Competition Commission’s approval,” he says.

“We decided to go public with this [announcement] as we are pretty confident the deal will go ahead…. All affected parties have been informed, including creditors and stakeholders at Zimbali Coastal Resort [the estate], therefore this is already out in a way,” Wachsberger points out.

Pierre de Villiers Berrangé, the Pietermaritzburg-based lawyer and BRP appointed to handle the business rescue process, confirmed in a brief email to Moneyweb that Capital Hotels Group is the preferred bidder.

“In terms of the sale of shares agreement concluded between the Capital Hotels Group and the shareholders of the Fairmont Zimbali Hotel… the employees of the company [IFA Fair Zim Hotel & Resorts Pty Ltd] will retain their contracts of employment,” he notes.

This means that 143 jobs will be saved through the business rescue process.

Fairmont Zimbali Hotel, which was developed at a cost of some R600 million by Dubai-based IFA Hotels & Resorts ahead of the 2010 Fifa World Cup, took a major financial blow last year after being forced to close due to Covid-19 lockdowns and restrictions to domestic and international travel.

The 154-room hotel has remained closed since the initial ‘hard lockdown’ in late March last year.

IFA Hotels & Resorts is a subsidiary of Kuwait-based International Financial Advisors (IFA). The company that owns the Fairmont Zimbali Hotel, IFA Fair Zim Hotel & Resort Pty Ltd, decided to go into voluntary business rescue in September last year “to safeguard the interests of all its stakeholders”.

It is unclear what stake IFA Hotels & Resorts holds in the hotel company and what its role now is with regards to the adjacent multi-billion-rand Zimbali Lakes Resort development, which has been on the cards for years.

Meanwhile, Wachsberger says Capital Hotels Group will be investing about R30 million in upgrading the Fairmont Zimbali Hotel as part of the business rescue deal.

“We are glad to be saving more than 140 jobs as part of the deal and will also be investing in getting the property ready for reopening by September this year. It is a great asset that just needs some hands-on investment and attention,” he notes.

“Once approvals are in place the hotel will be rebranded The Capital Zimbali and will become our second property in KwaZulu-Natal…. We believe the market will recover. In fact, The Capital Pearls, our hotel in Umhlanga is one of our best performing properties in South Africa,” he adds.

Wachsberger says the group will continue to eye further acquisitions across South Africa as well as new hotel leasing opportunities.

Earlier on Thursday, JSE-listed property fund Spear Reit announced that it had secured a seven-year lease agreement with Capital Hotels Group for its five-star 15 on Orange Hotel in Cape Town.

The property has been operated by Marriott International under the African Pride brand, following Marriott buying the Protea Hotels Group several years ago. Over the last year or two it has been operated under Marriott’s Autograph Collection hotel brand. The 15 on Orange Hotel in Cape Town, which is owned by Spear Reit.       Image: Supplied

Spear announced in a separate JSE Sens statement on Wednesday the ending of the lease agreement with Marriott.

Wachsberger was coy about confirming this leasing deal, despite Spear making an announcement on the JSE.

“Capital Hotels is currently in the final stages of negotiations for a lease to operate the 15 on Orange Hotel, which is owned by real estate investment company, Spear. The agreement includes an option to buy the property after two years,” he says

“15 on Orange will be a strategic addition to our portfolio as the group is currently underserviced in the Cape Town market – one of South Africa’s key business and leisure travel destinations,” adds Wachsberger.

His group currently only operates The Capital Mirage Hotel in Cape Town – a 70-room establishment in the CBD. The Spear deal will see Capital Hotels increase its presence in the Mother City to almost 200 rooms.

Capital Hotels is anticipated to take occupation of the property thereafter, however, its lease will officially commence in August this year. The group is set to invest R15 million in room upgrades and “establishing aparthotel rooms and related accommodation” in-line with its business operating model and as part of the deal.

Spear has been trying to sell the property, in the wake of the five-star hotel sector also being decimated in Cape Town as international tourism is still being impacted by Covid-19.

Last week Growthpoint SA CEO, Estienne de Klerk, revealed in a results presentation that hotel occupancies in the V&A Waterfront is languishing around the 20% mark. The producer is set to pay an additional 1.25 trillion roubles in mineral extraction tax from September to November, or 416 billion roubles each month. 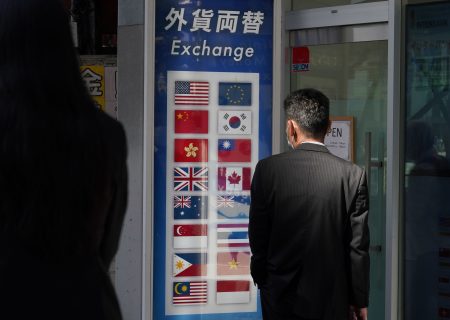