Capitec has released a strong set of financial results despite being accused of dodgy loan practices by Viceroy Research recently. Picture: Moneyweb

Capitec has sought to allay market scepticism by providing detail on its credit granting criteria and loan book reconciliation while continuing to report strong financial results.

Arguably, the fastest growing bank in the country, Capitec’s active client base increased by 15% to 9.9 million clients by March. It expects to hit the milestone 10 million active clients number by the end of the month. Fourie noted that a “much quicker than anticipated” 74% shift in total transaction volumes to self-service channels allowed the bank to better serve clients across all platforms and in branches.

“On the credit side – given the economy – [we’ve] had to make the right calls and be conservative. I think we’ve done a very good job of that, we moved away from the risky clients given the economic situation, and entered a more high income stable side especially in employers,” he said.

Capitec’s credit granting criteria and loan book have come under scrutiny in recent months after short-seller Viceroy Research published a series of controversial reports alleging that the bank was understating defaults and misrepresenting the balance of its unpaid loans by rescheduling said loans through the issuance of new loans. The bank has, in several Sens statements, refuted Viceroy’s allegations even pointing out flaws in the research group’s methodology, calculations and use of data.

Now, in announcing financial results the group emphasised that its approach to credit is conservative and that it adequately prices for risk – in line with the National Credit Act – and makes adequate provisions for bad debt.

“If a client qualifies for further credit, it can be extended as a further agreement in addition to the current credit; or the client can have the existing credit consolidated into a new credit agreement. This is only available for clients if instalments are up-to-date (not in arrears on any Capitec loans) and for clients who have a satisfactory credit risk. Only the amount of the separate, new credit will be included in loan sales.

Our scoring models react to instances where a client repeatedly takes up credit, and when their debt-to-income ratio becomes too high. In such instances we limit the term and amount of credit offered to clients or we decline the application for credit. We report the net amount of credit issued and we exclude the consolidation loans from loan sales.”

Fourie told Moneyweb that the group assesses its credit-granting criteria on a weekly basis, in line with developments in the economy, with such agility being key to operating in the unsecured lending market. He said the bank makes use of machine learning as well as both internal and external data in conducting credit assessments and that it also analyses client behaviour, affordability and income sources. “The game is analysing a [vast] magnitude of data and then to say yes or no.”

According to Du Plessis, the stricter credit granting strategy, effective from 2016, has resulted in lower growth in loan sales and revenue but delivered a better-performing loan book.

Loan sales rose to R28.3 billion from R27.2 billion, with the number of loans granted during the year rising to 3.9 million from 3.5 million. Revenue generated from loans increased by 6% to just under R14.6 million.

Capitec, for the first time, also disclosed details relating to the reconciliation of its loan book, intended to provide a comparative between revenue and growth in the loan book. Renier de Bruyn, an investment analyst at Sanlam Private Wealth, noted that Viceroy drew some of its conclusions “by incorrectly attempting its own reconciliation”.

Its provision for doubtful debts as a percentage of gross loans and advances decreased to 12.2% from 13.1% while the provision coverage of arrears increased from 208% to 216%. “The lower provision percentage and higher coverage ratio is a direct result of the better-performing loan book,” it said.

“The Capitec results showed an improvement in the quality of the loan book with the percentage of loans in arrears reducing year-on-year. This allowed for a reduction in provisions, which supported earnings growth. The growth in client lending income slowed noticeably to 4% as a result of slower book growth and lower yields as a result of a shift towards lower-risk customers. The slowdown in lending income was offset by continued strong growth in transactional income (+31%) and a release of bad debt provisions,” De Bruyn said.

Capitec increased its total dividend by 18% to R14.70 per share.

If all reports from the Directors and Auditors repeated in this article are true, then well done Capitec!
R10million clients is a huge percentage of the SA public when you consider that the base (earning adults) is relatively small in this country. Unless of course you include Grant Receiptients, who are not really a client base that you should be earning off! Or do some account holders have more than one account with this bank? In which case, are Capitec doing the old African Bank trick, where they open more accounts to borrowers to bypass the regulation that you can only lend double an applicants salary?
Whatever the reasons for your success, please keep it clean and honest – South Africa cannot afford any futher loss in its credibility.

Capitec CEO says business ‘back to normal’ after Viceroy target

Viceroy hits back at Capitec

Capitec CEO says business ‘back to normal’ after Viceroy target

Viceroy hits back at Capitec China will open further to the global economy. 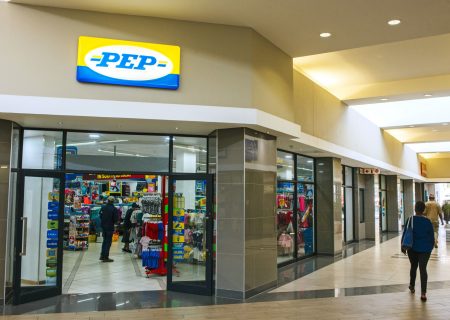