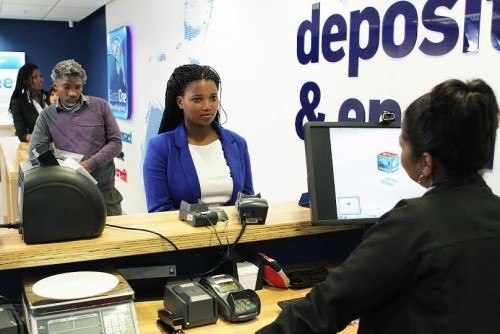 Capitec, arguably the fastest growing bank in South Africa, grew its client base by a record 1.3 million to 8.6 million active clients during its financial year ended February 28, 2017.

Speaking at the bank’s AGM, chief executive Gerrie Fourie said the bank’s client base grew by over 100 000 clients every month since then. It boasted 8.9 million clients as at May 26, and expected to surpass the 9 million client mark in June.

Around 4 million clients use Capitec as their primary bank, measured by salaries paid into Capitec bank accounts. It holds 11% of the market and aims to increase that to 20% over the next two years. It is particularly focused on increasing its market share among higher income segments. Fourie said Capitec’s simplistic fee structure continues to beat some of the R100 bundle accounts offered by its competitors as 5.5 million of its clients pay less than R50 per month in fees. The bank increased its monthly account fee to R5.50 in March, from R5.25 previously.

The bank also reported good progress with its credit card offering, launched in late 2016. To date, it has issued 130 000 credit cards, attracting around 20 000 clients per month. Its credit card book grew in excess of R1 billion in 7 months.

While the bank continues to extend its branch footprint, opening its 800th branch in Cape Town’s Canal Walk this year, it is also moving clients to self-service banking. Around 2.1 million clients use the bank’s app and it is tracking 60 million self-service transactions – through its app, card, internet, USSD and self-service terminals – every month.

Next on its agenda is to ensure that all its access points and digital platforms offer clients the same look and feel. To meet the fast-changing needs of its clients, it is working in two-week sprints to enhance its digital offerings across the company. It aims deliver these changes in six months, Fourie said.

The bank is also investing in a digital strategy, employing 120 people at a cost of R200 million in a new digital department. It has partnered with Rocketspace and Mastercard Labs to evaluate partnership opportunities in the fintech space.

It previously announced that had bought a 40% stake in European online lending group Creamfinance for €21 million. The deal marked its first entry into international markets.