Capitec under fire – again – for its executive pay

Shareholders not pleased bank ignores impact of Covid-19 to calculate exec bonuses.
By Moneyweb 31 May 2022  00:01 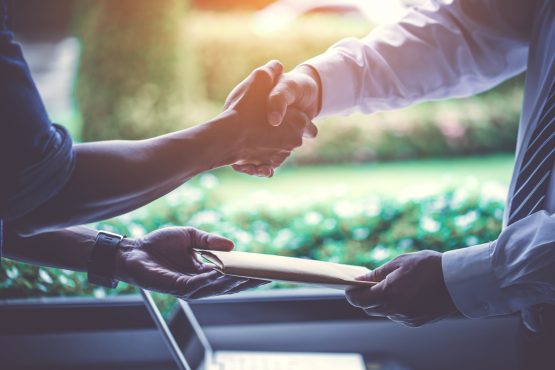 The bank will ‘exclude the anomalous 2021 financial year from the vesting analysis’ going forward. Image: Shutterstock

Capitec Bank shareholders have again this year showed their strong displeasure with how the group implemented its remuneration policy, this time for the 2022 financial year. In 2021, an unprecedented 51% of shareholders voted against the non-binding resolution on the group’s implementation report. At last Friday’s AGM, the ‘improvement’ was marginal. A full 47.5% voted against the same resolution, with 52.5% voting in favour of it.

If these non-binding resolutions on remuneration (on the policy and its implementation) receive less than 75% of votes in favour, all JSE-listed companies are required to do is “engage” with shareholders. Capitec Bank notes in its annual report that the invitation to engage with the remuneration committee in June 2021 was “unfortunately met with no response”. Danie Meintjes, chairman of Capitec’s remuneration committee (Remco), says it had the opportunity to meet with several of the bank’s “larger institutional investors later during the year” to discuss remuneration.

Last year, when the bank was considering long-term incentives that were scheduled to vest in 2021, it dealt with the impact of Covid-19 by simply ignoring it: “The Remco decided that, for the 2018 grants of SARS [share appreciation rights] and options for which the performance period ended in the year under review [to February 2021], the vesting of the awards will be determined based on the pre-Covid-19 performance.”

As Ann Crotty, writing for Moneyweb in May 2021, pointed out: “Without that dramatic interference the long-term incentives would not have vested”.

Read: Capitec flagrantly interferes with its own remuneration policy

In the remuneration report, Meintjes summarises five concerns highlighted by the group’s engagement with its larger shareholders:

It provides detailed feedback on each of these matters in its report.

To justify the stunning exclusion of 2021 from its long-term bonus calculations last year, it argues that this “was as a result of the occurrence of an extraordinary global event, outside the control of management. Following our various discussions with shareholders, and taking into account the macroeconomic impact which Covid-19 had on GDP numbers, the Remco critically evaluated how the Heps KPI should be measured for the March 2019 and April 2020 awards, which will only be performance-assessed at the end of the 2022 and 2023 financial years, respectively.”

Going forward, it will “exclude the anomalous 2021 financial year from the vesting analysis (both for purposes of target setting and the assessment of company performance). This will ensure that the target is a realistic growth target which is not unduly suppressed as a result of the anomalous year and will ensure a fair assessment of performance relative to this higher target and therefore mitigate against the potential of any future windfall gains”.

It is excluding both the impact of negative Heps ‘growth’ in 2021 as well as the decline in GDP.

For the vesting of awards in 2022, it says the “binary Heps performance condition was met” both when it includes and excludes 2021. Going forward, the impact of the 84% increase in Heps in 2022 is going to skew the simplistic (‘binary’) calculations of the three-year rolling average of growth. This means the performance condition of exceeding the three-year rolling average of CPI + GDP + 4% is all but likely to be met.

From 2023, it has added a tiered scale for the ROE measure when considering the vesting of long-term incentives. This follows feedback from institutional shareholders. For the ROE measure, this is now split 50/50 into: matching the three-year rolling average of ROE for the four other major listed banks in the country, and exceeding this average by 2%.

CEO Gerrie Fourie received total remuneration of R92.77 million in 2022, of which R69.69 million was in the form of long-term incentives.

From the public records available, most of the country’s major institutional shareholders voted in favour of the remuneration resolutions at last year’s AGM. This includes the implementation resolution which directly refers to the group’s Remco removing the Covid-19 impacted year from performance measures for long-term incentive awards.

Following the unbundling by PSG of its shareholding, the Public Investment Corporation which manages public pensions on behalf of the Government Employees’ Pension Fund is the single largest shareholder in Capitec, with 12.76%. Last year it voted against three resolutions at the AGM: the re-appointment of auditors, approval of the remuneration policy, and its implementation. It has not yet disclosed how it voted at Friday’s AGM, but it is highly likely to have voted against the implementation report again.

Capitec has since responded to Moneyweb’s request for comment, with the holding statement on the changed remuneration policy.

It states: “Commenting on the proposed changes to the implementation of the remuneration policy at Capitec Bank, the remuneration committee says it has extensively evaluated how it could sustain the principle of fair and responsible rewards to key management and it proactively engaged with investors on the matter.

“The committee took into account the excellent performance of the strong leadership team during the first two performance years as well as during Covid-19 period. Despite the Covid-19 year, the Bank’s headline earnings recovered; it had the ability to pay dividends; it continued to protect the livelihoods during the pandemic and the share price recovered.

“The new calculation methodology also prevents executives from receiving future windfall gains.  It is important to note that, even if the Covid year was included in the calculations, Capitec would have still hit the target for both HEPS and ROE.

“The committee believes this is a fair approach as executive directors are measured against realistic growth targets and remain open to engaging with all investors on this matter.

“The remuneration committee of Capitec Bank consists of a majority of independent non-executive directors who aims to ensure an appropriate reward policy to attract and motivate executives to achieve the long-term interests of shareholders.”