A reprieve for the world’s thought followers (that would be us)
Lessons from Trump for SA’s auditors and directors
Cartrack to delist from JSE, list on Nasdaq
CLICK THIS COMPANY MORE COMPANY NEWS SENS
CARTRACK 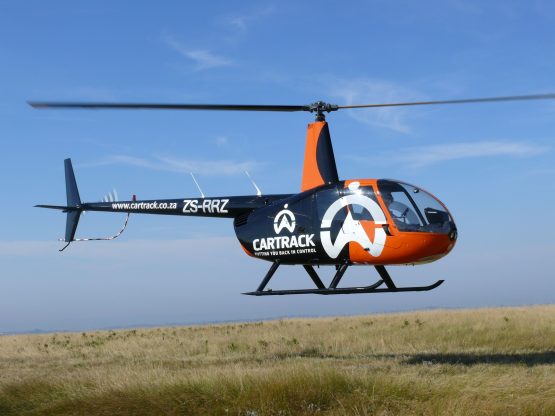 The coronavirus crisis has brought forward the digitalisation of the world, which could end up benefitting Cartrack. Image: Supplied

JSE-listed fleet management, stolen vehicle recovery and insurance telematics group Cartrack believes it is in a good position to weather the Covid-19 storm provided it does not go on indefinitely, and is still planning a huge investment in Europe, including entering the French and German markets.

The group also bucked the trend among listed companies, which have withdrawn their dividend announcements to preserve cash because of the impact of Covid-19, by reporting a 147% growth in dividends to 74 cents in the year to end-February 2020 from 30 cents in the previous year.

CEO Zak Calisto said on Wednesday that Cartrack’s dividend has grown substantially this year but this is in keeping with their expectations.

Calisto said Cartrack is in a very different position to most companies and its earnings per share have grown 18% compound annually over the last five year.

He believes most companies did not have a clean balance sheet, are not generating cash the way Cartrack is, do not have the annuity business model that Cartrack has and are not structured to adapt fast enough to the Covid-19 environment.

“We have proven over 16 years that we are adaptable, flexible and we believe this is cash sitting in our bank accounts.

“There is no need to keep it there. It belongs to the shareholders who have invested over the last three years. We believe that we have strong cash generation coming through at this point in time and don’t see why we shouldn’t be paying out the dividend,” he said.

Calisto added that Cartrack started its 2020 financial year with about R225 million in bank overdrafts but ended the year with no debt apart from the leases on its motor vehicles.

Calisto said the Covid-19 environment has slowed down its planned expansion into France and Germany, but the plan is still on the cards.

He said they were still in negotiations and, had it not been for the pandemic, Cartrack would probably have expanded into France and Germany in the second quarter of this financial year.

Calisto added that Cartrack’s Asia Pacific operations are also doing very well and he believes “this is really our big opportunity into the future”.

He said Cartrack does not have a firm outlook for its 2021 financial year because the Covid-19 regulations differ from country to country, are continuously evolving and changing, and “we are at the mercy of regulations and the pandemic itself”.

“We believe that we are in a good position to weather the storm provided the storm does not go on indefinitely. We have got a strong cash generation, we have got a clean balance sheet and a R600 million term facility provided to us by Rand Merchant Bank which at this point in time is fully unutilised,” he said.

Commenting on Cartrack’s medium and long term targets, Calisto said he believes the Covid-19 pandemic could have even brought forward the digitalisation of the world and end up benefitting Cartrack.

“On the back of that, we believe that subscription revenue will continue to experience double-digit growth and so will Ebitda [earnings before interest, taxes, depreciation, and amortisation] on the back of our entrepreneurial culture and our innovative smart transportation platform that continues to drive demand,” he said.

Cartrack on Monday reported a 24% growth in subscription revenue to R1.89 billion in the year to end-February from R1.52 billion in the previous year.

Subscription revenue now represents 97% of total revenue compared to 90% in the previous year.

Calisto does not believe any sudden decrease in new vehicle sales will have an impact on Cartrack’s growth because its penetration in the market is so low.

IHS Markit, a London-based global information provider, expects global vehicle sales to decline by 22% this year to 70.3 million units because of the impact of Covid-19.

Mike Mabasa, CEO of the National Association of Automobile Manufacturers of South Africa (Naamsa), said last month that the association has not yet revised its sales forecast for this year because the CEOs of all local vehicle manufacturers believe the forecasts should not be revised until the lockdown has been lifted.

“But we are under no illusion that this is going to be a very difficult year for the industry,” he said.

Cash generation from operating activities was up 94% higher at R914 million.

Cartrack has reported that it has received an expression of interest from a foreign investor but has provided few details about any potential transaction.

Calisto on Wednesday declined to provide further information about the foreign investor or any possible transaction.

“The minute I have more information, we will definitely be giving that to the market. I believe that information is imminent,” he said.