Cashbuild forced to can The Building Co acquisition from Pepkor

Following the Competition Commission’s rejection of the deal.
By Moneyweb 12 Aug 2021  14:02 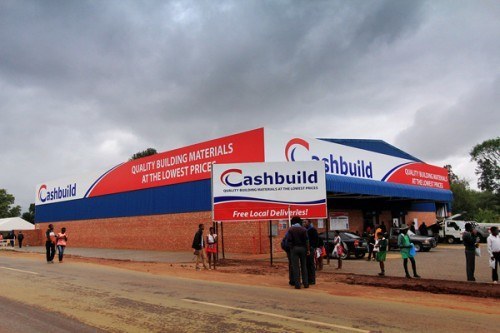 The groups have had no option but to terminate the agreement, after the Competition Commission rejected the deal in May.

Cashbuild and Pepkor first announced the deal back in August last year, but the transaction needed to secure approvals from the competition authorities.

“The approval of the transaction by the Competition Commission was a material suspensive condition which was required to be fulfilled in order to implement the transaction,” Cashbuild reiterated in its Sens statement on Thursday morning.

“Consequently, given that not all the suspensive conditions would be met by the long stop date of 16 August 2021 and the parties are unable to agree on an extension to the long stop date, the transaction is regrettably terminated,” home improvement retailer added.

Pepkor issued a similar Sens statement on the matter:

“The approval of the transaction by the competition authorities remains a material outstanding suspensive condition which would not have been fulfilled by the transaction long stop date… As a result of Pepkor and Cashbuild not being able to reach agreement on an extension to the long stop date, the parties have accordingly agreed to terminate the transaction.

“TBC has performed well and has made substantial progress to restructure and consolidate the business while improving its strategic alignment, performance and profitability,” Pepkor said.

“While the disposal of TBC would have enabled Pepkor to streamline its portfolio of businesses in order to focus on its core business of discount and value retail, Pepkor believes this outcome to be in the best interest of value creation for Pepkor shareholders and noteholders.”

Read: Pepkor: 500-plus stores looted and damaged, but most will reopen in September

The group said that it would “consider future opportunities to unlock value” as these may arise, however, it did not specifically say whether TBC is back on the market.

Pepkor’s share price was up almost 2%, at R21.86 a share around midday on Thursday, following confirmation that the TBC sale has been canned.

However, Cashbuild’s share price was marginally weaker, down around 0.5% and trading around R280.52.

Read: Cashbuild could be back at R500 a share – Clark

Very good move by the competition commission. This would have created a very large anti competitive business.

Nonsense.
Reality: Wasteful totalitarians and communists sabotaging commerce, economic growth and job creation.
Soon the only “jobs” left in SA will be in government, with the printing presses in Midrand running 24×7 to print Randelas. After the pension funds and other capital have been stolen and redistributed to the cadres of course.

Nonsense is what you are talking because you are expressing your emotions and your feelings of the government and not the reality of economics. Every first world country has a competition commission to ensure that companies are not dominating and preventing free market entry, innovations and new ideas. When we have anti competitive behavior than we have minimum innovation and new product developments in the economy. You will find the same old products on the shelves with out and new developements as well as huge profit takings from companies who have no competitors.

Patel couldn’t care less about anti competitive issues – he’s hung up about BEE!
That’s what all this is about! Nevermind potential jobs going down the drain with this mind boggling move. But it’s ANC, so not surprising!

Of course every country has anti-trust laws and commissions – and you’ve NEVER spotted the key difference between SA’s and countries’ like the US, Australia, etc?