The resilience of the hardware retailer is seemingly not slowing down.
By Ray Mahlaka 14 Jul 2016  00:41 The shares of building and hardware retailer Cashbuild were given a dressing-down by investors on Wednesday, despite the release of a good quarterly update showing that the company continues to ride out South Africa’s retail and economic malaise.

Cashbuild finished 1.02% lower to R365.01, but fell nearly 3% earlier in the day, after announcing that revenue in the fourth quarter rose by 9% on the back of competitive pricing of products, cost control measures and the performance of existing stores.

When factoring in the growth of previous quarters, Cashbuild’s revenue swelled for the year to 12% – of which 9% was contributed by existing stores. Cashbuild’s customers, which are largely home-improvers, construction companies and government-related property developers, pay for hardware using cash.

At a time when consumers are battling with sustained rising costs, interest rate hikes, unemployment and an economy that is growing at a glacial pace, construction materials retailers continue to shine. While their apparel and food counterparts are feeling the pinch from tough trading conditions.

Cashbuild, the country’s largest hardware retailer, has staged a recovery from declining sales in recent years due to protests at platinum mines and the aftermath of the unsecured lending boom. During the period under review, transactions through the retailer’s tills increased by 2% compared to the fourth quarter of the prior financial year. And total units sold increased by 14%.

Rexsolom Invest portfolio manager Anthony Rocchi says if the sales growth is averaged for every quarter in the full year to 2016, then Cashbuild’s sales growth for the year approximates to 12%.  “This is in line with the long-term operating profit growth. So one can conclude that the company will report solid results unless something happens to margins,” Rocchi tells Moneyweb.

In line with retailers that have invested in their prices, by absorbing rising input costs and keeping prices low to prop up sales and encourage feet in stores, Cashbuild’s selling inflation was kept at 3% at the end of June 2016.

As consumer confidence in the building materials market improved after the 2007/8 global credit crisis, retailers have been rolling out stores to remain competitive. Cashbuild opened three new stores during the fourth quarter, bringing the number of total stores to 232. This excludes ten Cashbuild do-it-yourself pilot stores.

Says Rocchi: “The company is aggressively rolling out stores which is why asset growth is trending ahead of earnings growth and having an adverse impact on return on assets (ROA). It takes a few years for new stores to reach full profitability, so I consider this to be a temporary feature.” See Cashbuild’s ROA below. Its trading update excludes its recent acquisition of small family hardware business P & L Hardware in August for R350 million, a coup that will add 41 stores to the Cashbuild group. “The trend in gross profit percentage continued, ending higher for the full financial year when compared to the prior year,” says the company. The gross profit for the year to 2015 was 24%.

Cashbuild’s expensive stock might be the reason for the sell down of its shares on Wednesday, says Rocchi.  The stock trades at a premium of 40% and Rocchi’s fair value estimate is pitched at R256. Its exit sees the FTSE 100 lose its third-largest stock. 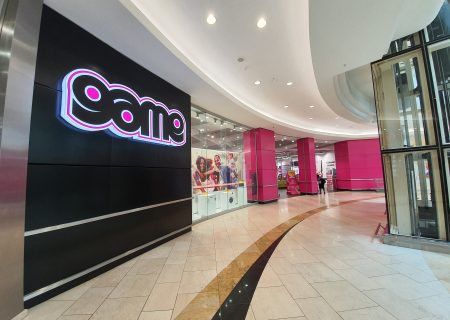