Resumes dividend payments but says timing of full recovery of operations is uncertain due to ‘continued threat of further regulations’ related to the pandemic.
By Roy Cokayne 21 Sep 2021  00:01 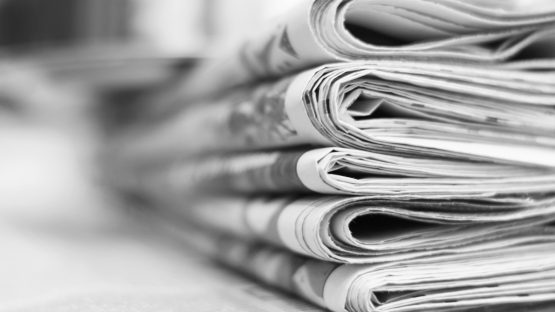 JSE-listed Caxton & CTP Publishers, Printers and Distributors has made a strong recovery to profit but warned that it is impossible to predict the time period within which the turnover of its different operations will fully recover from the impact of the Covid-19 pandemic.

Caxton is involved in publishing a number of regional community newspapers and The Citizen daily newspaper apart from having commercial printing, packaging, stationery manufacture and book-printing operations.

Tim Holden, group MD of Caxton, said on Monday the past year has re-established the group’s operations on a stable base and, as turnovers recover on the scaled-down cost base, this should improve profitability.

However, he said the uncertain issue is the time period for the turnovers of Caxton’s different operations to fully recover to pre-pandemic levels.

“With the continued threat of further regulations in the face of fourth and fifth waves of Covid-19, it is impossible to predict the future,” said Holden.

Holden said the group will continue to take the necessary actions to protect profitability and to look for further growth prospects.

“We have stable businesses, loyal, committed and resourceful management and staff, significant cash resources, creative investment strategies, and above all, excellent facilities that can capitalise on growth opportunities.

“Our group represents a value-enhancing portfolio of assets that we are confident we can grow and expand,” he said.

Holden said continuing operations are still not generating the same levels of revenue as before the pandemic, particularly Caxton’s newspaper business, where local advertising revenues continue to be depressed.

But Holden said The Citizen, the group’s daily newspaper, delivered an impressive performance by improving profitability over the prior year and also exceeding pre-Covid profits.

This was driven by a recovery in print circulation and a gain in Gauteng market share as well as disciplined cost control.

“The publication is still faced with an overall decline in advertising income but has shown growth in certain areas such as legal and auctions, which is encouraging.

“The Citizen’s standalone website continues to feature in the top 10 South African digital offerings that has lately led to improved digital revenues,” he said.

Holden added that the group’s commercial printing and packaging revenues have fortunately seen a robust recovery and are likely to soon return to normalised pre-pandemic levels.

Profit before depreciation and amortisation increased by 61% to R563.9 million from R350.3 million, with profit for the year improving to R565.92 million from the R64.06 million loss in the prior year.

Holden said although this growth is off the depressed June 30 2020 results, which were severely impacted by the pandemic, the encouraging feature is that operating profit has recovered to near pre-pandemic levels.

Caxton resumed dividend payments and declared a dividend of 50 cents per ordinary share.

The group’s major digital asset is Private Property, which performed in line with expectations although revenues were constrained.

Caxton reported that its large commercial printing operations have had a watershed year, in which management restructured the businesses in line with the significant drop in various retail catalogue demands, but still improved profitability above the pre-pandemic years and significantly above the prior year.

Holden said this has been achieved through a flexible shift structure that allows the operations to align employee costs to the variable demand.

He said the book and magazine printing operation delivered an extremely pleasing set of results to exceed the prior year, especially when taken against the background of reduced revenues following the closure of a significant number of magazine titles.

Caxton reported that its various packaging operations had an excellent year, with profits exceeding the prior year and pre-Covid levels.

Holden said the resilience of the markets Caxton serves has stood the group in good stead where the alcohol, quick service restaurant (QSR) and frozen food markets benefitted from a change in consumer buying patterns.

However, Holden said the group remains uncertain of the sustainability of these trends as consumers revert back to a more normal way of life, especially the tremendous growth in the wine-in-a-box category, which has exceeded all expectations.

Holden said the group’s label operations also had an excellent year, driven mainly by increased volumes in the wine and spirits market despite lost volume in the beer market.

“It is also encouraging that we are gaining back market share in beer labels as competitors have been unable to supply due to the lack of availability of paper, whereas we took the decision to build stocks on the back of the global supply chain constraints,” he said.

“We are expecting this scenario to continue in the medium term.”

Holden said the cigarette packaging operation remains a critical and key focus for the group but continues to be affected by the illicit trade, which impacts its major customer.

Media and marketing analyst Chris Moerdyk said advertising has changed dramatically and by about 180 degrees from the days when one would put out advertisements to try and get the attention of consumers.

Moerdyk said consumers now look online for what they want, with the result that a lot of advertising has become absolutely redundant.

He added that newspaper circulations have dropped so much over the last 10 to 15 years it’s frightening, adding that it costs so much to reach a specific market by advertising in newspapers that do still exist that it does not make financial sense.

Moerdyk said companies that are doing well, such as Caxton, are hugely diversified and have a lot going for them.

Economist Mike Schüssler believes there’s been a slight pickup in advertising but newspapers “are very thin” and the media is trying to cut back on costs.

Schüssler said the economy has picked up because of the increase in commodity prices but has not totally recovered yet.

He added that with the government’s social spending, there might be more pamphlet inserts in newspapers that advertise basic items. “I figure there is about R3.5 billion extended spending in the economy from poorer consumers [thanks to] the disaster grants, but that is only from August.”

Would like to hear from the CEO sometime too, probably busy litigating something though.