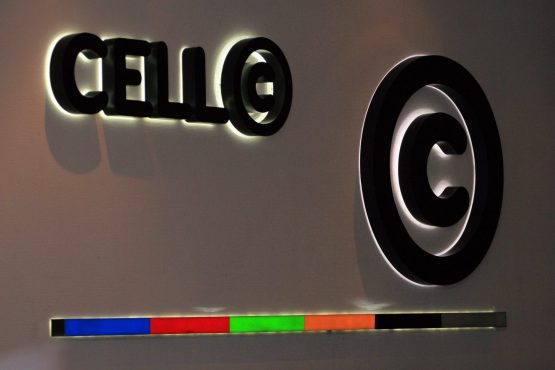 The rating agency downgraded Cell C to “D”. According to the company’s website, an obligation rated “D” is in “default or in breach of an imputed promise”.

“Cell C faces constrained liquidity because of an ongoing delay in concluding a restructuring agreement, and the company has missed interest payments on its senior secured bonds, as well as other unrated debt instruments,” S&P Global Ratings said.

The operator is in the throes of a significant restructuring in terms of which JSE-listed Blue Label Telecoms is set to acquire a 45% stake for R5.5 billion.

S&P said it is lowering its rating from “SD”, or “selective default’, to “D” and also lowering its issue rating on the company’s €400 million senior secured bonds due in 2018 to “D” from “CC”.

“We are revising our recovery rating on the senior secured bonds to ‘4’ from ‘3’, based on a downward revision to our valuation assumption,” the agency said. “We expect to reassess Cell C’s creditworthiness under its new capital structure if the company finalises the refinancing.”

It said the “4” recovery rating reflects its expectation of approximately 45% recovery in the event of a payment default.

“The downgrade reflects our view that the delay in concluding the restructuring agreement continues to constrain Cell C’s liquidity, and that the company’s decision to miss interest payments in January 2017 on its €400 million senior secured bonds due in 2018 is a default.

“Cell C had received waivers from its lenders for missing principal payments through January 2017 on its debt instruments, but it is now beyond the waiver period and has missed interest payments on its senior secured bonds. The company has not sought bankruptcy protection, and we expect it will continue to operate and meet its non-debt obligations, including payroll and suppliers.

“However, we note that the company currently relies on its lenders not exercising their acceleration rights as negotiations on a restructuring continue,” S&P Global said.

It said its revised recovery rating and lower recovery prospects are mainly due to “uncertainty over a potential buyer’s ability to have unrestricted use of Cell C’s spectrum, and the resulting impact to its value in a bankruptcy scenario”.

In explaining its reasoning, it said that in 2015, communications regulator Icasa placed restrictions on the use of Neotel’s spectrum by Vodacom when the latter attempted to acquire the former.

“Uncertainty over which potential buyers could emerge and whether Icasa could restrict spectrum use makes Cell C’s spectrum assets difficult to value. As such, our expectations for recovery could significantly improve or weaken depending on the circumstances.”

It said, however, that if the restructuring negotiations are concluded successfully, it could revise its recovery ratings based on the new capital structure and ownership.

TechCentral has asked Cell C for comment on the downgrade by S&P Global.

The S&P downgrade comes just weeks after Cell C said it would hike prices. It blamed the rand for the increases, which took effect on February 1.

“Rising inflation, the depreciation of the rand against the dollar and uncertainty in the industry over the allocation of spectrum, have all contributed to an increase in the cost to provide mobile services to consumers,” the company said on in a statement at the time.

I’m at pains to point out the obvious here.

Over the past year, Cell C’s level of service has dropped like a feather in a vacuum.

They bombard their customers with ridiculous deals that nobody in their right mind would be conned into.

Their pricing has been increase to make them an also-ran in the race with Vodacom and MTN.

Their position in the market has become vague because previously they were a value operator drawing in people in the same vein as Capitec, but now they just don’t have any distinct offering at all.

The only value operator in the market now is Telkom Mobile which frankly has superb deals if you actually take a look at what they are offering.

Vodacom and MTN have always been overpriced and don’t actually offer anything to justify it.

By the looks of things it all started when Knott Craig was replaced.

I migrated from Vodacom to Telkom Mobile. Telkom’s coverage is very bad. Since they have a roaming agreement with MTN the phone switches from Telkom to MTN whenever the signal drops too much. The problem with this is that the moment a switch over occurs I cannot receive/make calls or SMS unless I reboot my phone!

I was actually thinking of porting to Cell C but with the bad service they have not sure I will. Vodacom and MTN is too expensive so I guess I am stuck.

You’re right. To think it is run by a guy who was previously frog-marched off the premises under a cloud of suspicion. How on earth did Knott-Crazy bring him back?

Cell C is hiking its prices

Cell C is hiking its prices Since this is the anniversary month of your annuity you can elect for the drawdown to be paid annually, which would provide you with the liquidity you need – but there are a few things to be aware of.